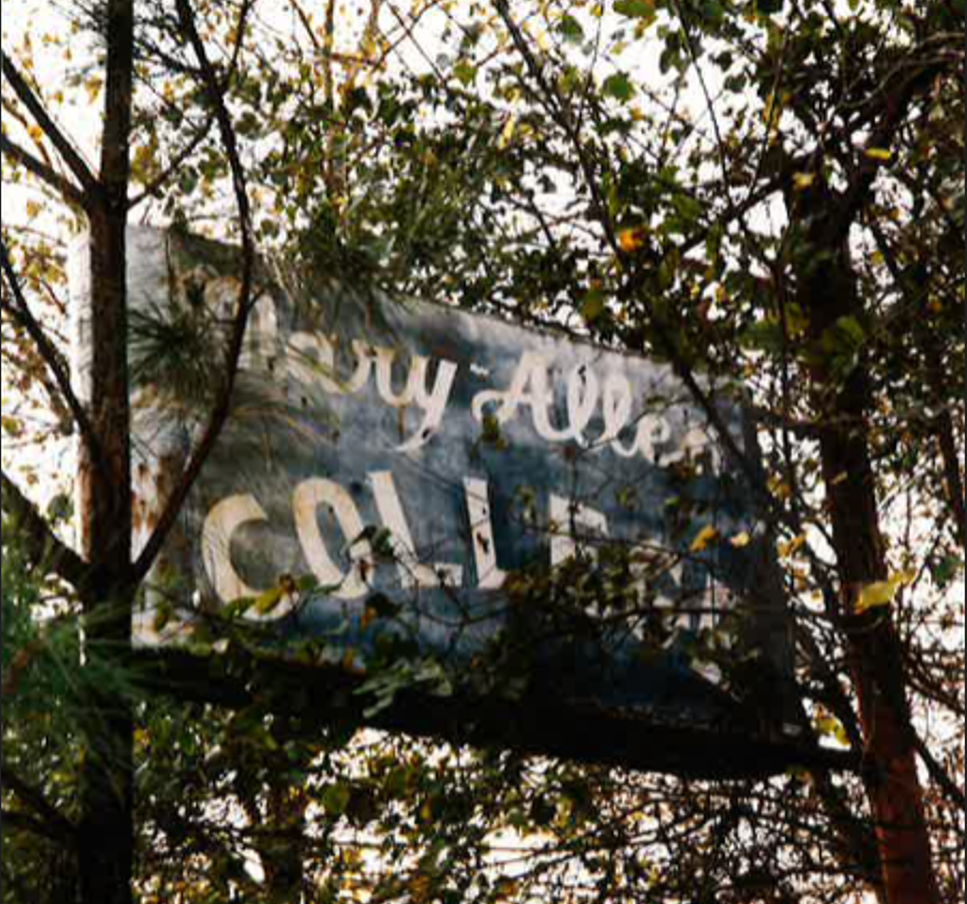 Mary Allen Junior College was founded in Crockett, Houston County, Texas, in 1871. Settling in Crockett proved to be most beneficial because of its large Black population. The college phased through several different names early on. It was known as Crockett Presbyterian Church Colored Sabbath School from 1871 to 1875, Moffat Parochial School until 1885, and Mary Allen Seminary until 1933.[1] Despite the name changes, the school's mission to educate young Black girls in Texas remained. Spearheaded by the Missions for Freedmen of the Presbyterian Church in the United States and its leader Reverend Richard Allen, an envisioned plan to develop this institution started as early as 1886. 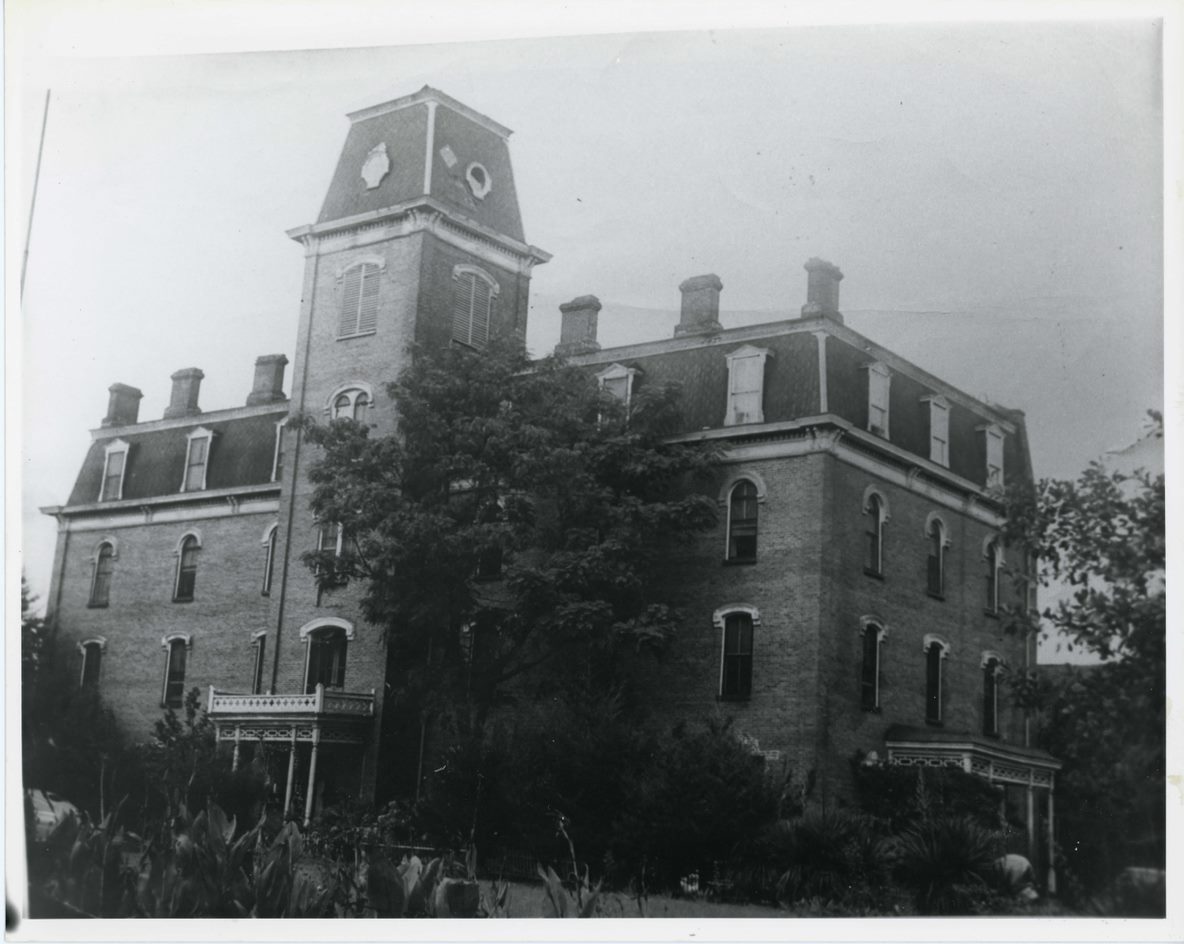 Richard Allen's wife, Mary Esther, also proved instrumental in the school's founding. She actively promoted "our Texas boarding school for colored girls through the Women's Executive Committee of the Board of Missions for Freedmen."[2] In addition, she believed that "the most permanent progress of a race depended... upon the elevation of its women."[3] Unfortunately, Mrs. Allen passed away suddenly. Despite this, the board still agreed to move forward with the school's plans, officially naming it Mary Allen Seminary in her honor. The campus officially opened its doors on January 15, 1886.

Initially, the school began as a day and boarding school, offering primary, elementary, high school, and teacher-training courses for girls, enrolling forty-six girls at the end of its first year.[4] Over time, the campus gained support from the Crockett community, who, along with the northern backing, supplied several financial gifts to help erect twelve buildings on the original campus. By 1889, the school bought 300 acres, promoting the construction of added buildings, such as Grace McMillian Hall. During this time, the school had eight teachers and 211 students.[5] Despite an all-Black student body, the faculty consisted of all white women. The school's first three presidents were also white. The school's first Black president, Reverend Burt Randall Smith, was appointed in 1924.[6] 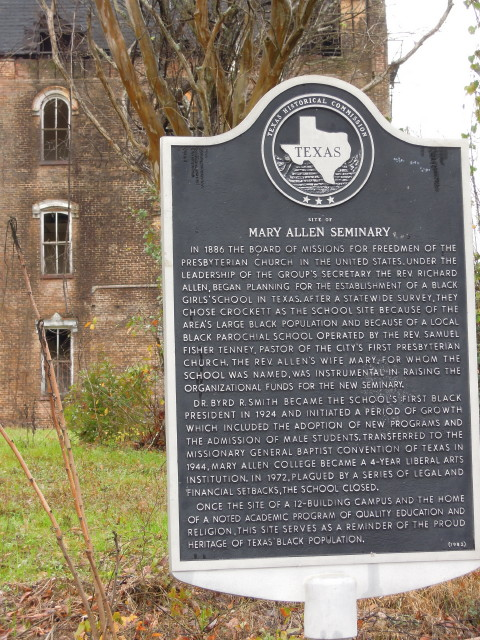 Unfortunately, in 1912, the principal dormitory, Grace McMillian Hall, was destroyed by fire. This loss influenced the school's enrollment, which began to decline drastically. But with Smith's appointment came a meaningful change to the institution. For the next decade, Smith would redesign the school's curriculum, develop an all-Black faculty, and expand the library and science facilities. By 1932, the Southern Association of Colleges and Secondary Schools certified the institution and renamed it Mary Allen Junior College.[7]

After Smith’s death in 1941 and the outbreak of World War II, the fate of the college took an unfortunate turn when the campus closed its doors in 1943. Eventually, the General Missionary Baptist Convention of Texas bought Mary Allen College and devised a plan to revitalize the faculty and academics. By 1944, Mary Allen College was considered a 4-year liberal arts institution. Nonetheless, the college continued to experience devastating blows, one of which was its loss of accreditation in 1953.[8] As a result, the Missionary General Baptist Convention chose to close the school's doors officially at the end of the 1976-77 academic year.[9]

Despite this devastating loss, local historian Eliza Bishop spearheaded the entry of the Mary Allen Seminary into the National Registry of Landmarks. Today, a state historical marker exists on the grounds of the college. In addition, under the leadership of Callie Wynne Bragg, the Mary Allen Museum was founded. The museum's goal is to "preserve the administration building as a multiethnic arts center and museum that would pay tribute to Mary Allen College's history."[10] Currently, the headquarters for the Mary Allen Museum of African American Art and History, Inc. is located at 1503 South Fourth Street in Crockett.[11]

For citations used for this webpage: Mary Allen College citations.