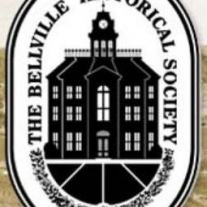 The Bellville Historical Society invites you to a Spring History Fair!

Most Texans are aware of Houston's retreat that ended in victory at the Battle of San Jacinto; Santa Anna's travels to the same battleground brought him to San Felipe for three days in early April of 1836 - hear about current insights regarding the Mexican military campaign and the headquarters of Austin's Colony.

Noon - Author meet-and-greet; have your copies of these books autographed onsite

Update on recent archeology related to the revolutionary government in San Felipe and a special presentation by Matthew Loocke, Lab Manager and Research Engineering Scientist, Shimadzu Institute for Research Technologies, University of Texas - Arlington on recent analysis of some San Felipe artifacts.

Every event attendee that makes a donation to the capital campaign project for the new museum at San Felipe de Austin will be entered into a drawing for a 'hardhat' tour of the construction site at 5:30 p.m..! Ten participants will be selected - tour invitees must be present at the drawing to win and must be wearing closed-toe shoes. Tour takes place immediately following the drawing.

Researcher Bruce Clavey shares new information on Austin's time imprisoned in Mexico City in the Palace of the Inquisition!

Ongoing throughout the day - grounds tour of the current archeological landscape, hands-on activities and a small archeology exhibit inside the replica cabin.

Free admission and fun for all!