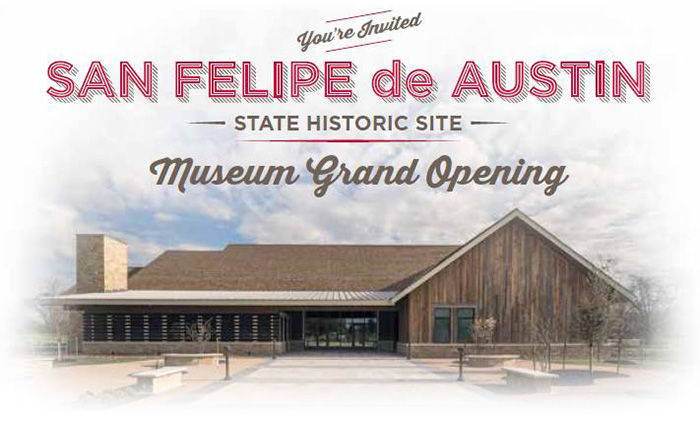 This new museum will offer visitors a chance to see unique objects on display including a desk that once belonged to Stephen F. Austin, an 1830s cast iron printing press, and many artifacts recovered during archeological investigations at the site.

Located at 15945 FM 1458, San Felipe, TX 77473, San Felipe de Austin State Historic Site preserves the location where Stephen F. Austin established his colony in 1823. Walk in the footsteps of the’ early pioneers in Texas history at what was once the social, economic, and political center, as well as the first capital of the provisional government of Texas.