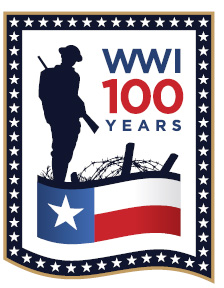 In recognition of the 100th anniversary of the U.S. entrance into World War I, the THC commemorated the role Texas played in the Great War. Appearances from the 36th Infantry Band and living historians in historical attire gave visitors a sense of the turbulent times of 1917.

The THC also launched a new mobile app tour, “World War I: Texas and the Great War.” The tour details the dramatic transformation in landscape, industry, society, and populations that resulted from World War I and features a compelling blend of images, videos, maps, and information for discovering Texas’ important role in the Great War.

Other historic items of interest at the event included: