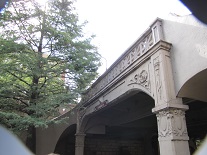 Built in 1915, the Commerce Street Bridge over the San Antonio River in Bexar County illustrates the embellishments and craftsmanship common at the time. This concrete T-beam bridge is just one of many structures commissioned for city beautification in San Antonio. 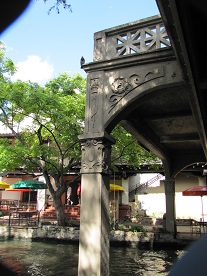 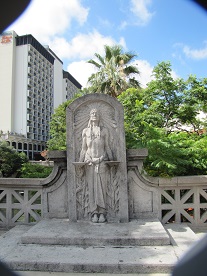 On top of the bridge stands a seven-foot statue of a Native American man named "The First Inhabitant." Designed by Waldine Tauch, the statue displays the union of Revival design with American frontier images.