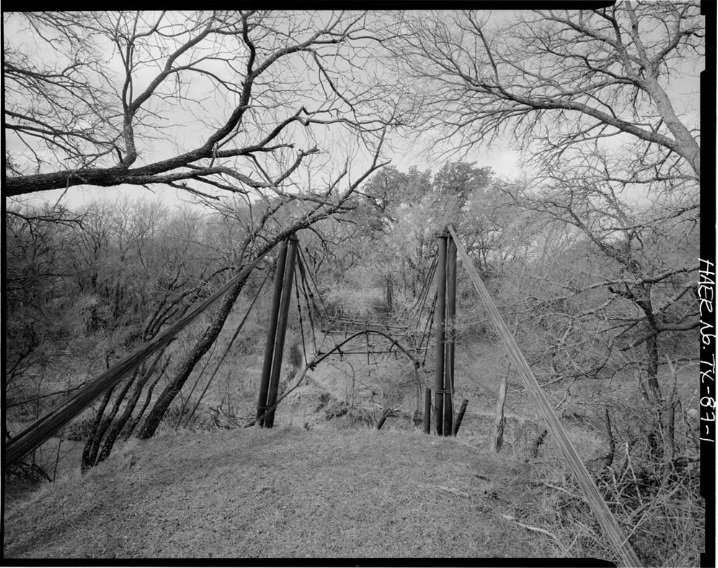 The Barton Creek Bridge was abandoned in the 1940s and quickly forgotten, until its rediscovery in 2000 prompted a thorough survey of this unique structure by the Historic American Engineering Record. Although severely dilapidated, the bridge still displays elements of Runyon’s unique cable stayed design. 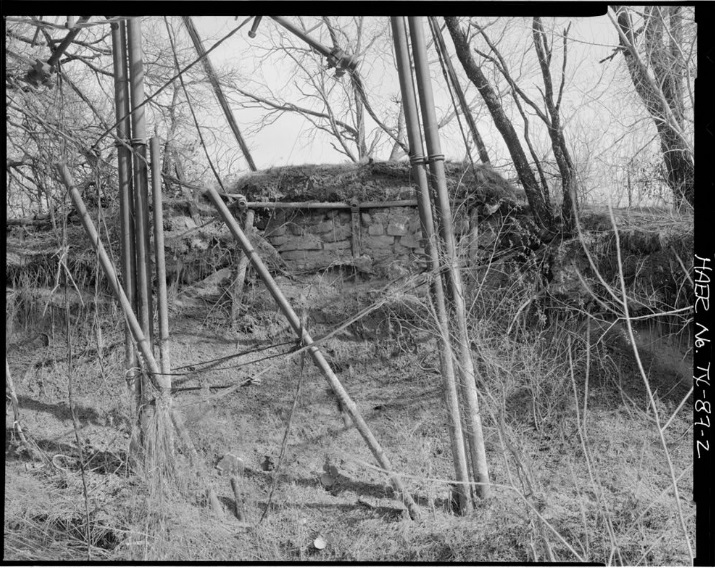 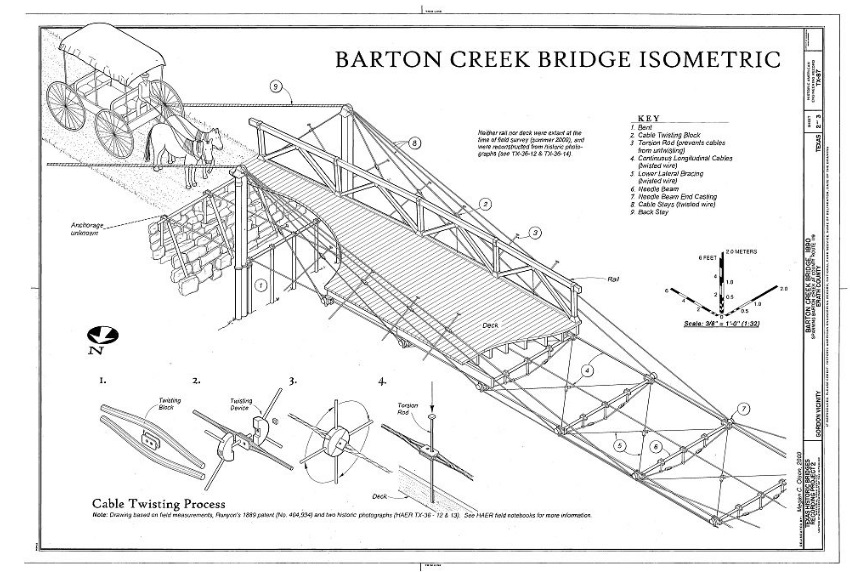 This modern day reconstruction of the original Barton Creek Bridge includes a model of Runyon’s unique hand-tensioning technique in the bottom left. 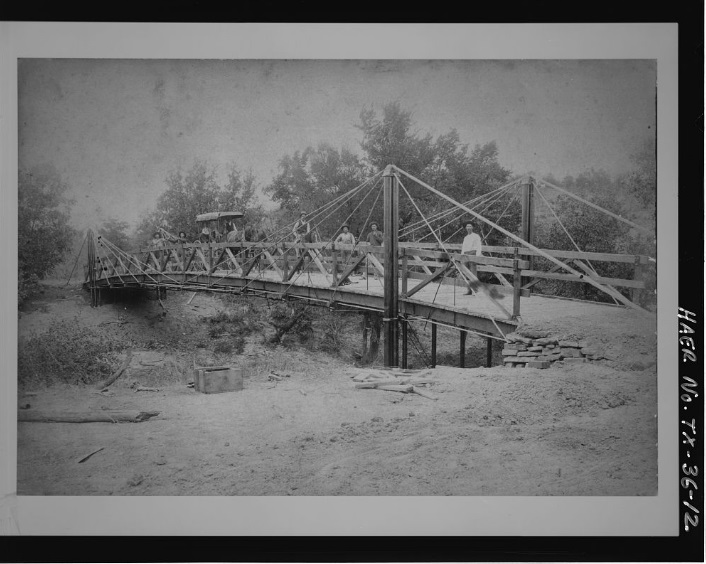 The towers attach to the roadway through a complex series of castings and cables. Unfortunately, these features have severely deteriorated.

This photo shows the Barton Creek Bridge shortly after its completion in 1890.