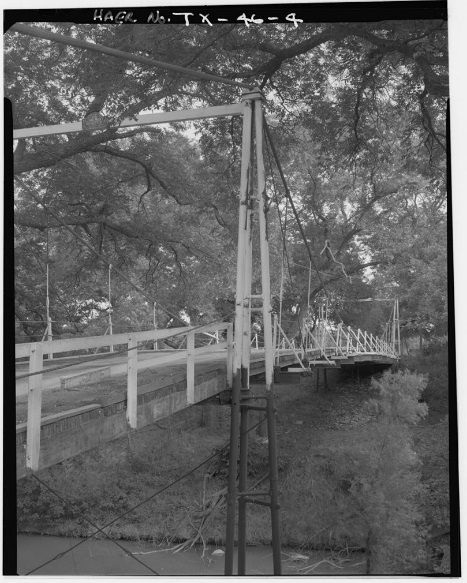 William Flinn, Runyon’s partner in the Bluff Dale and Barton Creek Bridges, went on to construct his own suspension bridges with conractor A.A. Moyer. Flinn worked long hours on projects across the state and family tradition holds that he died of a tooth infection while at a bridge site in Palo Pinto County. Not long afterwards, Moyer married Flinn’s widow, Alice. The only surviving works of the Flinn-Moyer Company are the Beveridge Bridge over the San Saba River, and a bridge over the Clear Fork of the Brazos River in Shackelford County, both completed in 1896. Although originally built to be almost identical, both bridges were later repaired by the Austin Brothers Bridge Company (Beveridge in 1938 and Clear Fork in 1926). They so thoroughly remade the Beveridge Bridge that the towers and the builder’s plate are practically the only original components left. 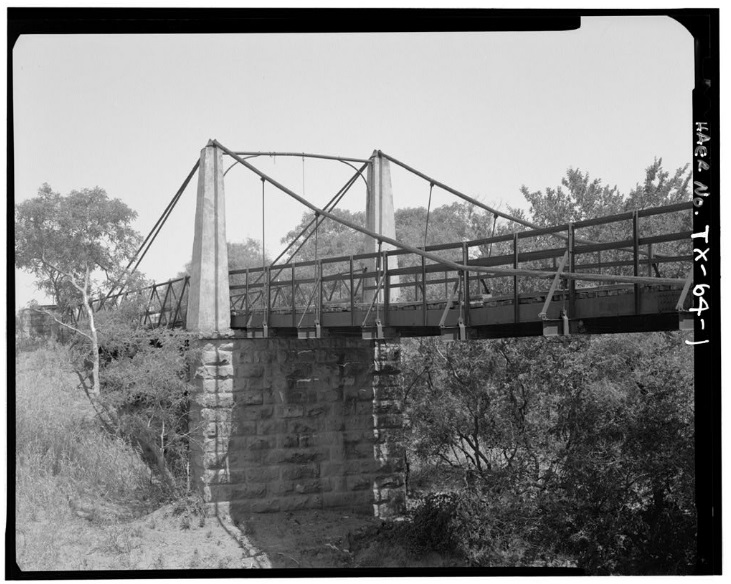 The Beveridge Bridge uses tripod towers to support the main compression load. The Clear Fork Bridge used the same design, but its tripods were encased in concrete during the Austin Brothers Bridge Company’s 1926 renovations. This gave the bridge a monumental profile, unlike any of the other vernacular suspension bridges. 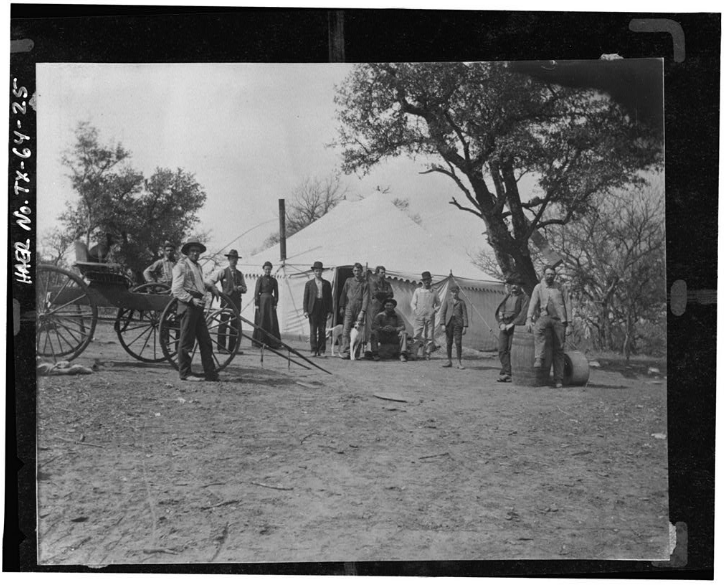 The Flinn-Moyer Company would set up camp while they worked at a bridge site. Construction on these lightweight suspension bridges generally lasted two or three months. 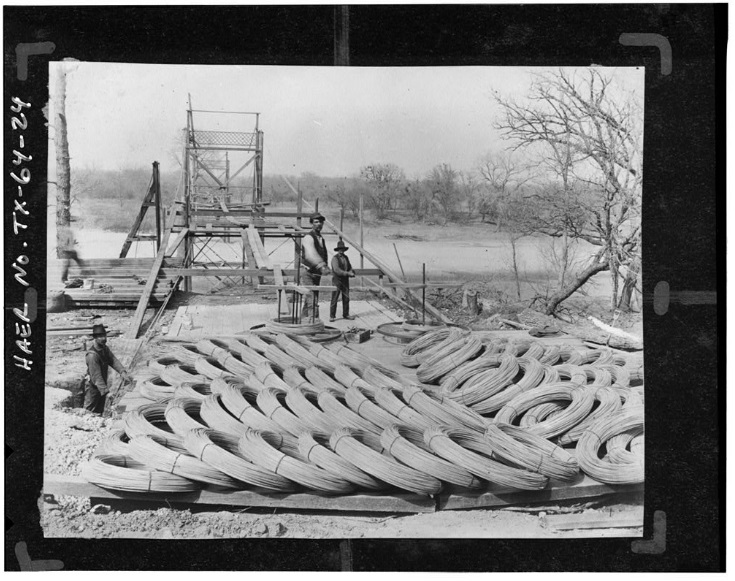 This photo, taken at an unidentified Flinn-Moyer Bridge Company site, reveals the scale of wire used in suspension bridges. The man on the left is standing in an anchorage hole.

Read more about the Beveridge and Clear Fork bridges and these images in the Historic American Engineering Record files.