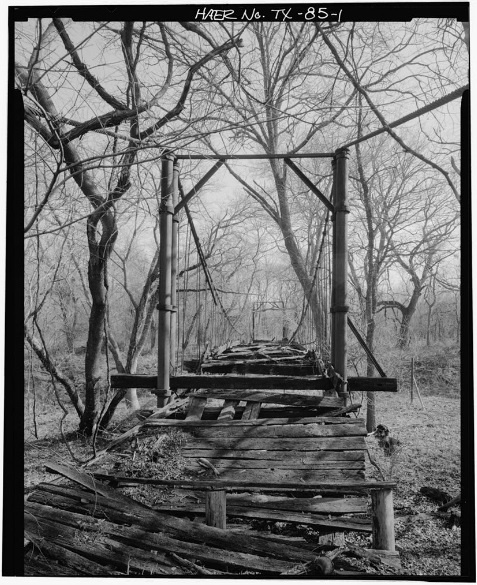 The Choctaw Creek Bridge is the only surviving bridge built by Grayson County Engineer William Greer. Operating between 1889 and 1918, Greer filed four patents and built at least 17 suspension bridges in Grayson and Montague Counties. Unlike Runyon’s cable stayed bridges, the Choctaw Creek Bridge is a parabolic suspension bridge with an unstiffened wooden deck. Because of a fire that destroyed many records at the Grayson County Courthouse, researchers have not found the exact construction date. 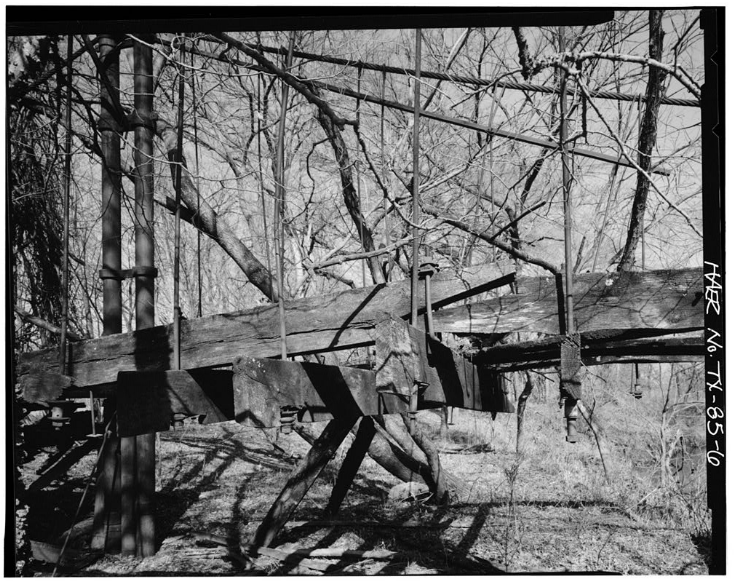 Greer’s patents included adjustable tie plates on the piers to accommodate shifting over time. It is unknown if these elements were ever incorporated at Choctaw Creek. The wide array of fasteners indicate that the deck was replaced at least once over the bridge’s lifetime. Read more about the bridge and images in the Historic American Engineering Record files.