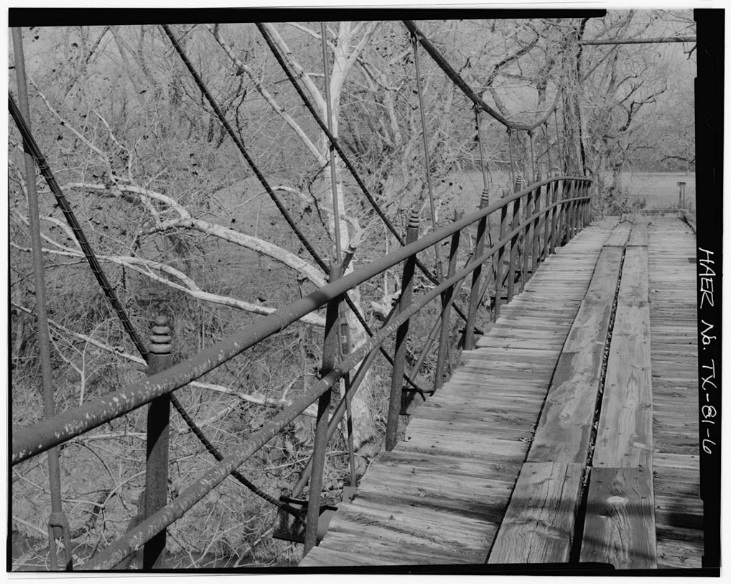 The Rock Church Bridge spans the Paluxy River in Hood County near an old Methodist church. Because of poor records, researchers do not know who built this bridge or when it was constructed. The deck is 13 feet wide and would have been able to accommodate buggies and wagons, even though its construction methods are unsophisticated compared to Runyon’s and Greer’s bridges. The Rock Church Bridge was taken out of public service in the 1970s; it has since become private property. 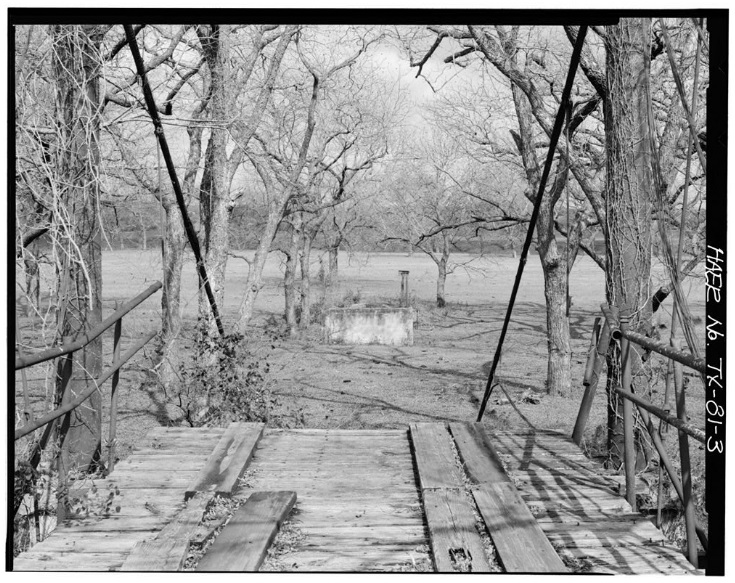 The amateur design of this bridge is apparent in the diagonals seen in the top photo. They have no means to transfer their horizontal force component into the bridge deck, causing the beams to buckle.

The north side of the bridge used to have a timber approach, until ranchers removed it to stop their cattle from crossing the bridge. All that is left is the concrete pier on which the approach once rested. Read more about the bridge and images in the Historic American Engineering Record files.