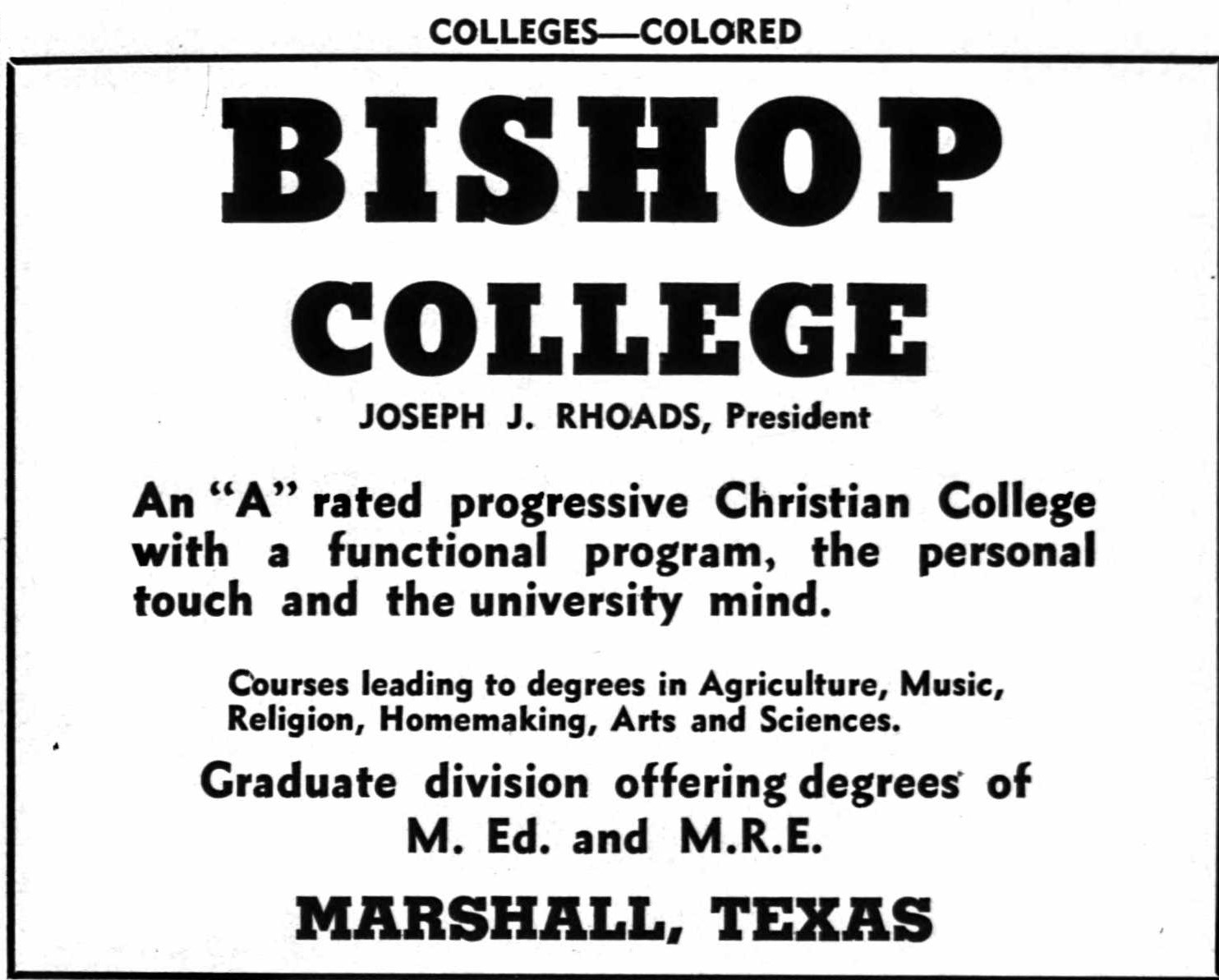 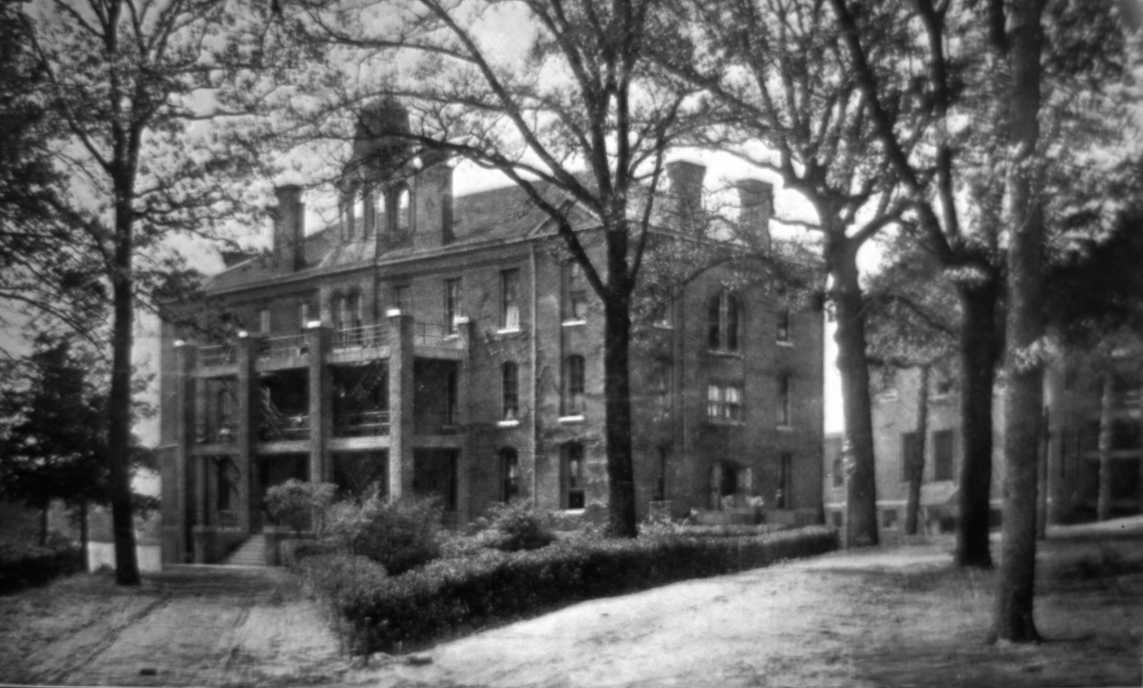 Bishop College, founded in Marshall, Harrison County, Texas, in 1881, reflects the movement by Baptist organizations to create college institutions for African Americans. One superior driving force for this college was the American Baptist Home Mission Society. Founded in 1832, this foundation was a leading force in establishing Black schools, particularly after the Civil War, as their efforts focused on the plight of the formerly enslaved. The Home Mission Society felt “this work was crucial as a whole race had suddenly been liberated from servitude, but...were still in the bondage of ignorance.”[1] This organization’s efforts were instrumental in founding several other Historically Black Colleges and Universities (HBCUs), including Morehouse College and Benedict College. Officially chartered in 1885, Bishop College became the first Baptist college for Black Americans in the Southwest.[2]

Another essential character in the development of Bishop College was Nathan Bishop, a white educator and former superintendent of several primary school systems in New England. With influence from Rufus C. Burleson, then president of Baylor University, Nathan Bishop agreed to contribute $25,000 to the creation of Bishop College.[3] Unfortunately, he unexpectedly passed away before being able to do so. However, his wife, Carolina Caldwell Bishop, still contributed $10,000 to the American Baptist Home Mission Society after his untimely passing to begin the construction of Bishop College.[4] In addition, “local Baptist ministers raised $1,600, purchased a tract of land from the Holcomb family, and temporarily named the new facility South-Western Baptist College.”[5] 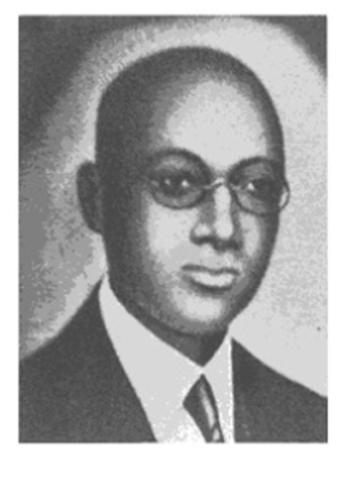 Although the college’s educational focus centered on religion, it also instructed in literature, science, and the arts. In 1925, the school began offering two-year training programs for ministers. During this time, the college elected its first Black president, Joseph J. Rhoads, in 1929.[6] Under his leadership, the college received a Class B rating by the Southern Association of Colleges and Secondary Schools, eventually earning a Class A rating by 1948. Joseph J. Rhoads pictured right in 1930.

To attract more students, Bishop College moved to a 360-acre campus in Dallas, Texas, in 1961.  Its enrollment peaked at 2,000 students in 1970. This relocation was made possible by a grant from the Hoblitzelle Foundation. This foundation gave ninety-eight acres in south Dallas for a new campus. The college’s commitment to its educational offerings progressed majorly when the Zale Library was constructed. This contribution from the Zale jewelry family included more than “130,000 volumes... federal publications, clippings, pamphlets, and over 375 periodicals and newspapers” by the 1980s.[7] Additional construction on the new campus included a student center, men’s dormitory, married-student apartments, classrooms, an infirmary, a chapel, a stadium, and a science building.

Despite these pathbreaking developments, Bishop College faced many challenges in the 1970s. Enrollment decreased, the current president was accused of embezzlement, and the college plunged into insurmountable debt owed to the federal government.[8] After filing for bankruptcy in 1987, Bishop College supporters tried their best to restructure debts and raise enough money to remain open, however the college closed in 1988. Today, the former Bishop College campus is occupied by Paul Quinn College, a fellow HBCU that continues to thrive and influence generations of African American students.

For citations used for this webpage: Bishop College citations.