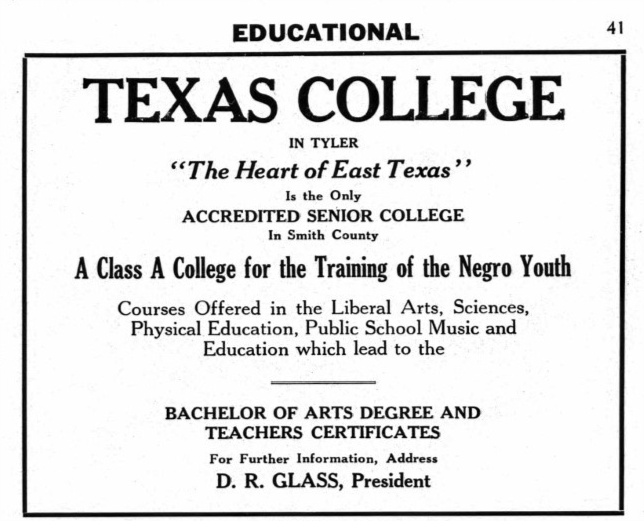 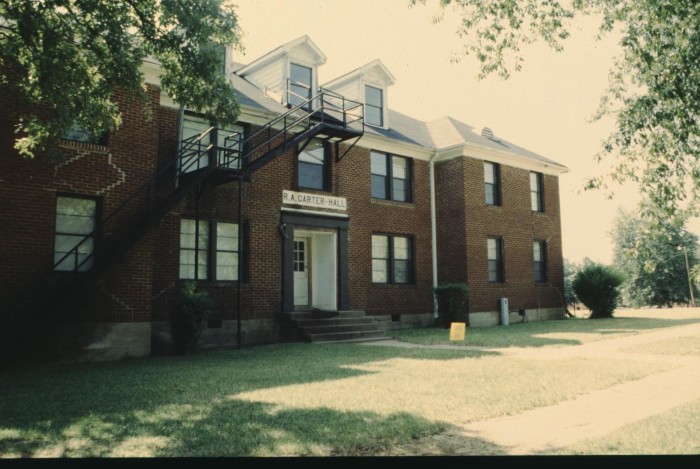 In the Spring of 1894, Texas College was founded by a group of ministers affiliated with the Christian Methodist Episcopal (CME) Church (formerly known as the Colored Methodist Episcopal Church).[1] Situated on 101 acres of land just north of Tyler, Texas, the founding represented a giant leap toward an educational process for disenfranchised groups. The Charter, originally issued on July 1, 1907, indicates that the corporation's name is "Texas College."[2] However, in 1909, the college was renamed Phillips University, an honor given to CME Bishop Henry Phillips for his outstanding leadership and commitment to education.[3] Unfortunately, despite the institution's worthy goals of providing education for African Americans, the college lacked support, especially under its new name. As a result, the school returned to its original name, Texas College, in 1912.[4]

At its core foundation, Texas College aimed to "... make possible for Negro youths to have the advantage of a liberal Christian education so that they might be better prepared to lead and serve their people and at the same time meet and successfully grapple with the problems of complex civilizations."[5] In hopes of doing so, the college continued to evolve between 1924 and 1932, earning its accreditation first as a two-year facility and then as an institution allowed to award baccalaureate degrees by the Southern Association of Colleges and Secondary schools.[6] In 1931, Dominion Robert Glass became the college president after several stints at other institutions, including Prairie View State Normal & Industrial College. He oversaw the college for 30 years and under his direction, the student body grew from 233 students to 2,274, and the faculty expanded from ten to 100. The school debt was settled, 35 new buildings were constructed, the school income tripled, and a new program for veterans was created.[7] 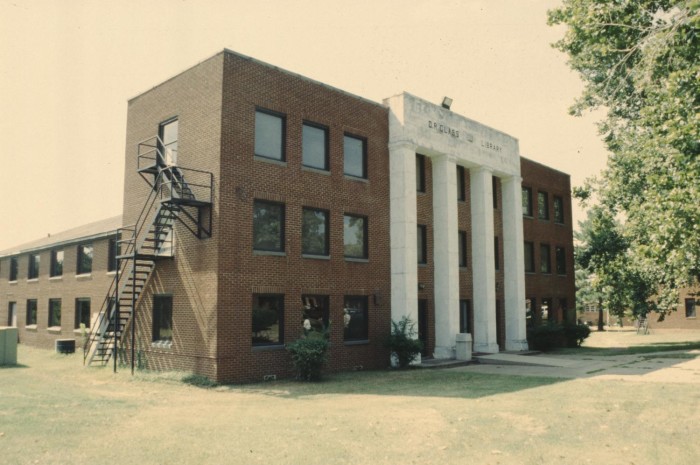 By 1949, Texas College covered sixty-six acres and had a total of thirty-five buildings on campus.[8] Known as a teacher-training institution, it also offered terminal and vocational classes and awards liberal arts degrees. This same year, the college saw its highest enrollment with 1,000 students.[9] To accommodate their student population, mostly made of East Texas youths from limited financial backgrounds, "Texas College provided financial aid through student loan and work-study programs."[10] The college was also associated with the United Negro College Fund (UNCF) since the start of the fund's inception in 1944. This affiliation provided scholarships and funding for students, increasing the attendance of Black students and the rate of Black graduates.[11]

Texas College complies with its founding principles by remaining open to all individuals without discrimination on the grounds of national origin, religion, or gender. Though it is primarily a liberal arts school, it offers Bachelor of Science degrees in biology and chemistry, as well as education and music. As of 2010, the college had approximately 300 enrolled students, making it one of the smallest HBCUs.[12] However, Texas College continues to thrive with values of academic excellence, integrity, perseverance, tolerance, and community service.

For citations used for this webpage: Texas College citations.