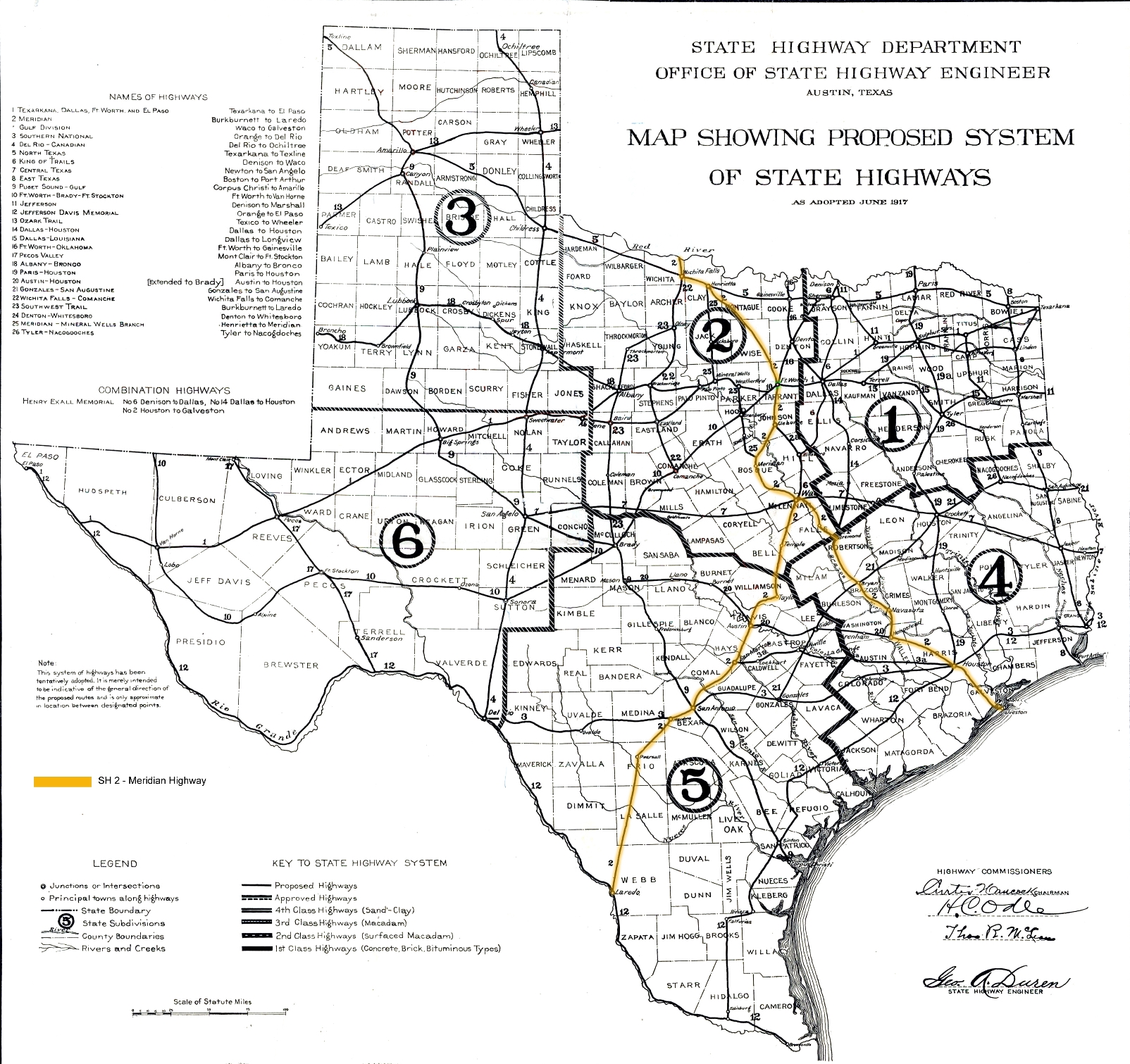 The Meridian Highway has a rich history and generally follows a centuries-old path through the center of the state. Portions of what eventually became the Meridian Highway likely developed from Native American paths that Spanish explorers subsequently used and expanded. Portions of this path later evolved into the Republic of Texas' Military Road, which US Army survey parties further improved between 1848 and 1860. During the famous cattle drive era after the Civil War, this general route became a major path used to take cattle to northern markets. Since the dawn of the automobile era, the Meridian Highway has been a vital part of the state's highway network and a conduit of interstate and even international travel through Texas.

The Meridian Highway is the foundation of one of the busiest and most significant transportation corridors in the nation, yet few people know and recognize this highway by its historic name. The beginning of the Meridian Highway dates to 1911 during the early years of the automobile era. Largely the brainchild of John C. Nicholson, a Kansas-based attorney and Goods Roads advocate, the Meridian Highway was one of the very few north-south routes promoted by highway associations created at the dawn of the nation's highway system in the 1910s. The highway was promoted as the "Main Street of North America," reinforcing the grand vision of its founders and its service area.

With the creation of the Texas Highway Department in 1917, the Meridian Highway in Texas was designated as SH 2, signifying that the Texas Highway Commission deemed it to be the state's second most important highway, after the Bankhead Highway (SH 1). The adoption of the AASHO interstate highway numbering plan added another designation layer onto the Meridian Highway: US 81. That name, rather than SH 2, has endured over time. Much of the alignment associated with the Meridian Highway in Texas is part of IH 35/IH 35W, one of the nation's busiest interstate highways, and provides a vital trade link to the bordering nations of Mexico and Canada. It also had a lateral line that extended from Waco to Galveston, the state's largest port and exporter at the time. This lateral became known as the Gulf Division of the Meridian Highway. Crossing some 800 miles in Texas, it passed through Wichita Falls, Fort Worth, Waco, Austin, San Antonio and on down to Laredo. The lateral line ran through Marlin, Calvert, Bryan, College Station, Navasota, Cypress, Houston to Galveston along SH 6/US 290. The highway additionally continued further north and south as part of the Pan-American Highway that stretched from Alaska to Argentina. 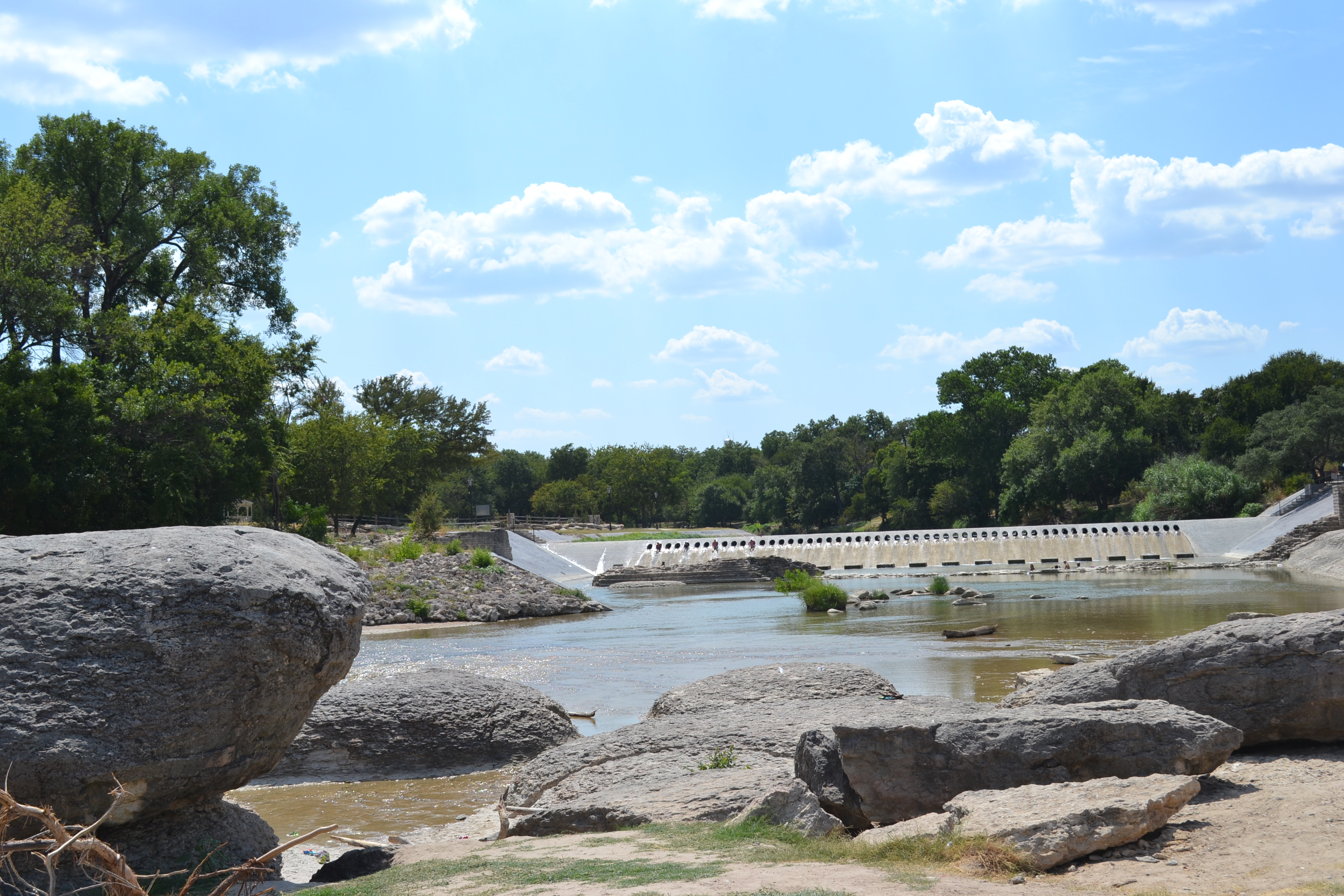 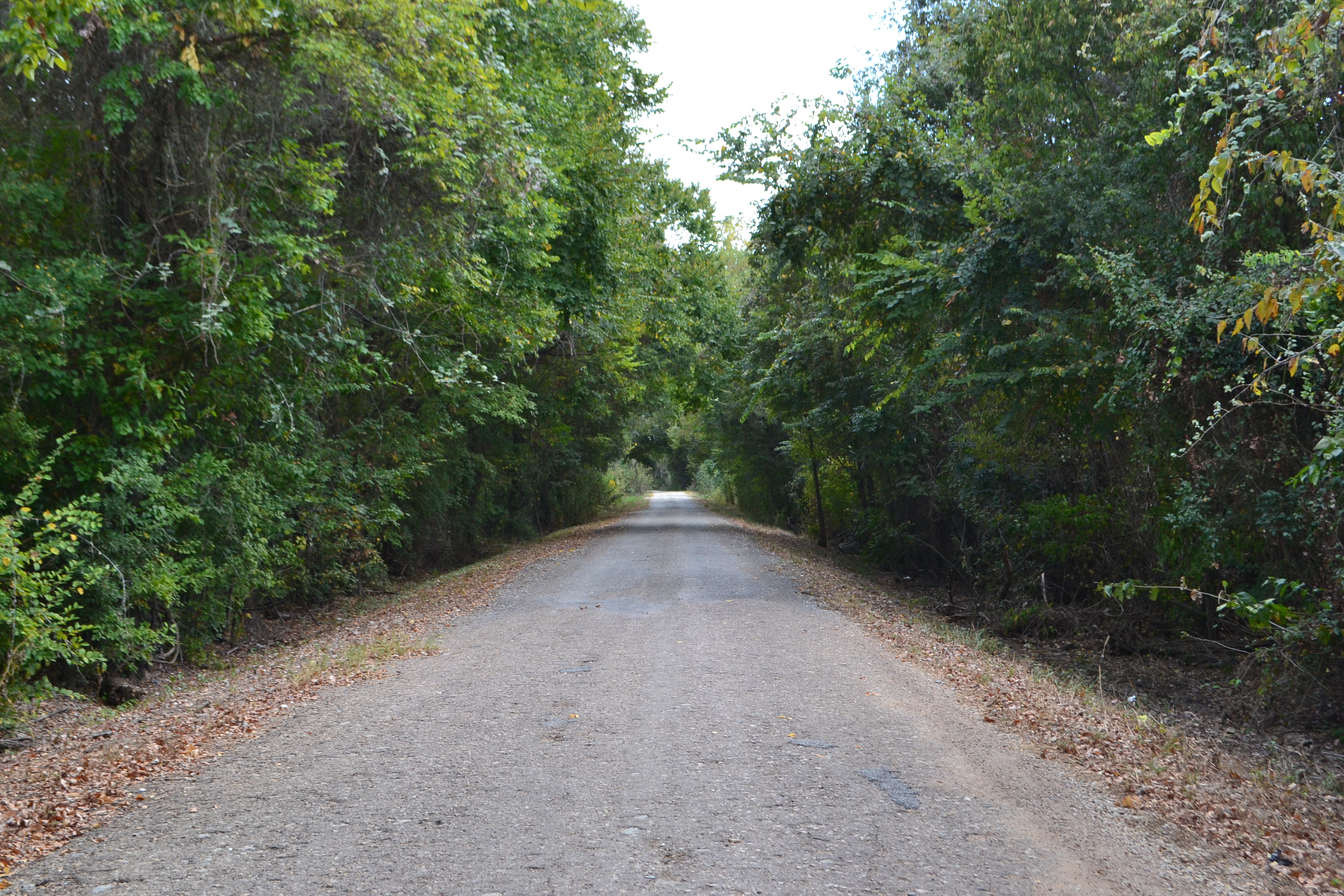 The Meridian Highway is named for the 6th Principal Meridian, which extends north-south through the Great Plains region. It was created in 1855 by the US General Land Office (now the Bureau of Land Management (BLM)) following the enactment of the Kansas-Nebraska Act of 1954. This longitudinal line became the foundational reference for the federal land survey system and serve as the basis for cadastral records for a significant amount of land associated with the Louisiana Purchase. Since the highway originated in Kansas, the 6th Principal Meridian was important for a baseline of the delineation of public land in Kansas and Nebraska, and other states. Unlike Texas' Spanish-based system, the BLM had a much more organized way of establishing boundaries of public lands.

Upload images to our Meridian Highway in Texas Flickr Group!