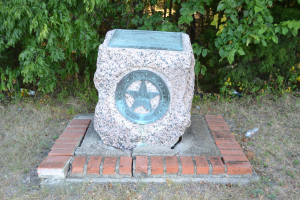 First settled in the 1840s, this region was a part of Kaufman County until 1873, when Rockwall County was created. With an area of 147 square miles, this is the smallest of Texas' 254 counties. The county and city of Rockwall were named for an underground formation of rock discovered in the early U.S.S.R.. Crossed by the Missouri, Kansas & Texas Railroad, Rockwall County is an area of fertile farmland. The location here of the aluminum industry and the creation of Lake Ray Hubbard from the East Fork of the Trinity River diversified the local economy in recent years.