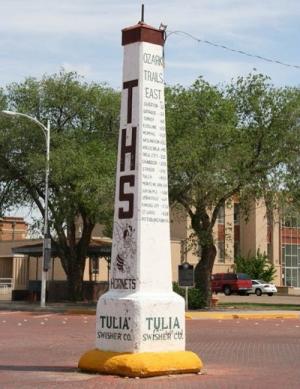 e early 20th century, at the same time government offices were working to improve road conditions, private and grassroots efforts tied to the Good Roads Movement provided more options for the traveling public. By the 1920s, private promotional organizations and interest groups had established numerous highways that crossed the nation. These did not always provide the shortest or a direct route between cities, though, and some trails overlapped each other. World War I raised concerns for private promoters of named trails, because they were afraid if they made any road improvements, the government would take control of them for national defense. After the stock market crash in 1929, President Roosevelt authorized a series of New Deal programs that provided federal funding for road projects to increase employment. The New Deal era resulted in the Texas Highway Department gaining more control over the state highways. See our Sidebar Interests page for more information.

The rise in bicycle and automobile use and the desire to improve mail routes and connect farms to markets led to the Good Roads Movement Era. This era saw a rise in activists across country that formed booster groups to improve roads. In 1902, the Texas Farmer’s Congress declared for state control of roads, and the Texas Democratic Party added a state road network to its political platform. A year later, The Texas Good Roads Association (TGRA) was established, and it raised awareness to locals and lawmakers for road improvements as well as a statewide system.

During this era, booster groups developed, constructed, maintained, and provided transcontinental and regional highways across the country. These groups used existing roads and established new ones that followed railway lines, and it resulted in the state’s first long distance roadway network. Due to the commercial success of these new roads, communities paid subscriptions to road associations and promised to maintain and improve them. 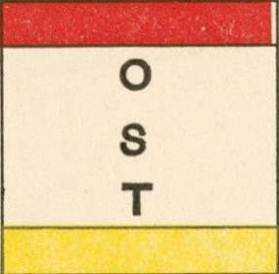 Some of the roads constructed during this era include the Meridian Highway, Old Spanish Trail, and Dixie Overland Highway. Another example from this era is the 1915 Austin to San Antonio Post Road (A-SAPR). The A-SAPR began in downtown Austin and continued to downtown San Antonio crossing five counties: Travis, Hays, Comal, Guadalupe, and Bexar. This 71-mile roadway followed earlier routes used during the Spanish exploration period, the Republic of Texas, and early in Texas’s statehood.