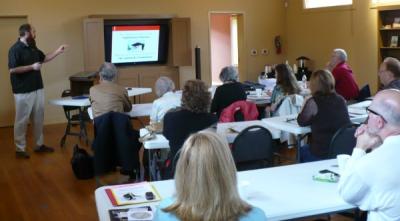 The real record of history is found in the lives of the ordinary people who lived it. Collecting, preserving and sharing oral histories not only transmits knowledge from one generation to the next, it enhances our understanding of the past by illuminating personal experience.

Today, generations after the end of World War II, evidence of that historic era and reminders of its impact on Texas can still be found across the state’s cultural landscape. The Texas Historical Commission urges anyone interested in preserving the rich history of Texas in World War II to ensure future generations inherit a comprehensive legacy. We invite you to learn more about the real places that tell the real stories of not only Texas during the Second World War, but the Cold War, and more recent military conflicts.

The best firsthand record of the history of any military conflict before and after is found in the lives of the ordinary people who lived it. Collecting, preserving and sharing oral histories not only transmits knowledge from what many call the “greatest generation” to the next, but also enhances our understanding of the past by illuminating the personal experience and price of war. Military oral history (like all forms of oral history) is the collection and recording of personal war memoirs, home-front experiences and childhood recollections of a seminal event. It is also the best method to learn not only what happened, but also the memories of those who experienced it firsthand. This process involves eyewitness accounts and reminiscences about combat, patriotic support, pride and the difficulties that occurred during the lifetime of the person being interviewed.

No workshops are scheduled at this time

When the Lone Star State Met the Iron Curtain: Recollections of Texas in the Cold War 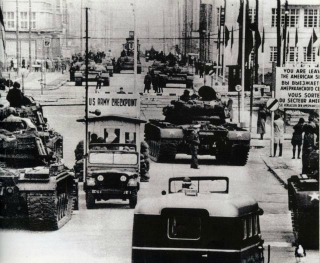 Thanks to a 2012 grant from The Summerlee Foundation of Dallas, the THC was able to provide free oral history training workshops, that focus on Texans during the Cold War (1946-1991). The first workshop was held near Lawn (southern Taylor County) on August 24, at a privately-owned, 1960s-era decommissioned Atlas F Missile Silo Complex. The series' second workshop was held at the former site of Perrin Air Force Museum, at the onsite historical museum (Grayson County). The series' third workshop was held at the Fort Bliss Historical Museum (El Paso County). On September 13, 2014, Fort Wolters in Mineral Wells (Palo Pinto County) served as the site of the series' fourth workshop. On October 4, 2014, the series moved to Corpus Christi (Nueces County) with a workshop held at Del Mar College. On March 28, 2015 the Museum of the Gulf Coast in Port Arthur (Jefferson County) hosted the series sixth workshop. Workshop seven was held at the Museum of North Texas History (Wichita County) on May 30, 2015. Finally, the THC held workshops in Houston (Harris County) on September 5, Victoria (Victoria County) on September 19, and Duncanville (Dallas County) on November 10, 2015.

Among the duties of the Texas Holocaust and Genocide Commission are to compile a list of liberators of concentration camps who have agreed to share their verifiable knowledge and experiences regarding the Holocaust and to gather resources that could be included in or used to support Holocaust and genocide courses of study and awareness programs.  With these goals in mind, the THGC contracted with Baylor University’s Institute for Oral History to create the Texas Liberators Oral History project, chronicling the oral histories of 19 Texans who were involved in the liberation of camps at the end of World War II. To learn more click here http://thgc.texas.gov/resources-for-education/resource/oral-histories