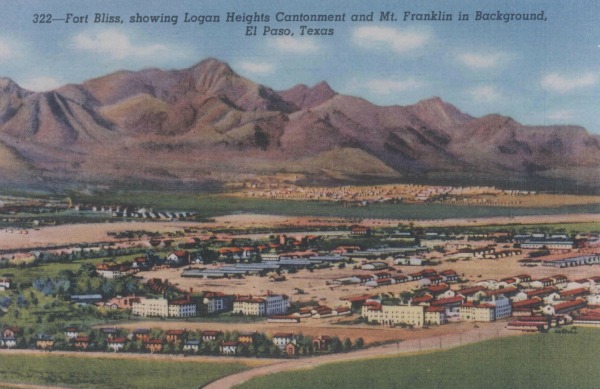 The exact date of the opening of the internment site at Fort Bliss is unknown, but it likely opened in either February or March 1942. A U.S. Army report of the Spanish Consul’s visit gives a unique glimpse into this little-known confinement site. The Spanish Consul, joined by representatives of the Special Division of the State Department, first inspected Fort Bliss on May 2, 1942 and found a very small internee population. Nearly halfway into the first year of the war, only 29 Japanese, 18 German, and nine Italian enemy aliens made up the detention camp’s population of 56 individuals. Each awaited hearings by Alien Enemy Hearing Boards and the completion of arrangements for parole, extended internment, or repatriation to their ancestral nation from this Far West Texas internment camp. 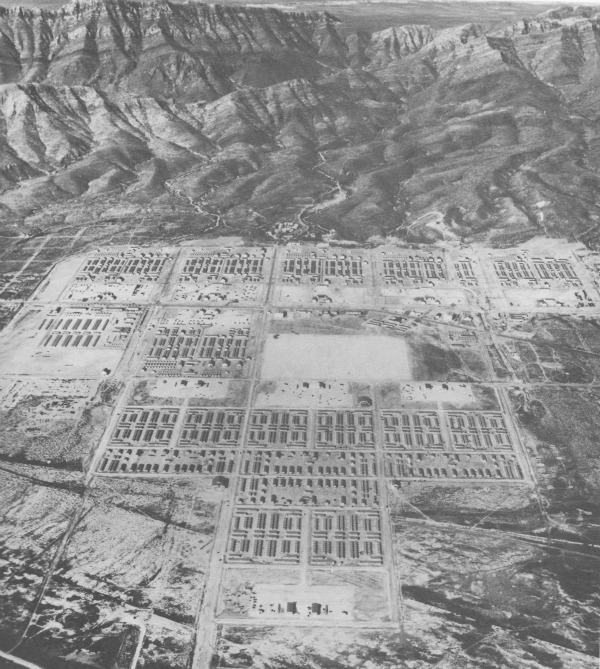 The square-shaped internment stockade measured 365 feet per side, and enclosed two compounds within a double barbed-wire fence. At the four corners of the stockade, elevated towers were manned by armed guards. The internment stockade never held a large number of internees, but unused neighboring infrastructure could hold up to 1,350 detainees if needed.

Similar to Fort Sam Houston, internees were permitted to wear their civilian clothing, and were permitted to send two letters, consisting of approximately 24 lines each and one postal card to friends and relatives each week. They were not permitted to have radio receiving sets, but could subscribe to newspapers, magazines, and other periodicals approved by the camp’s administrative arm. 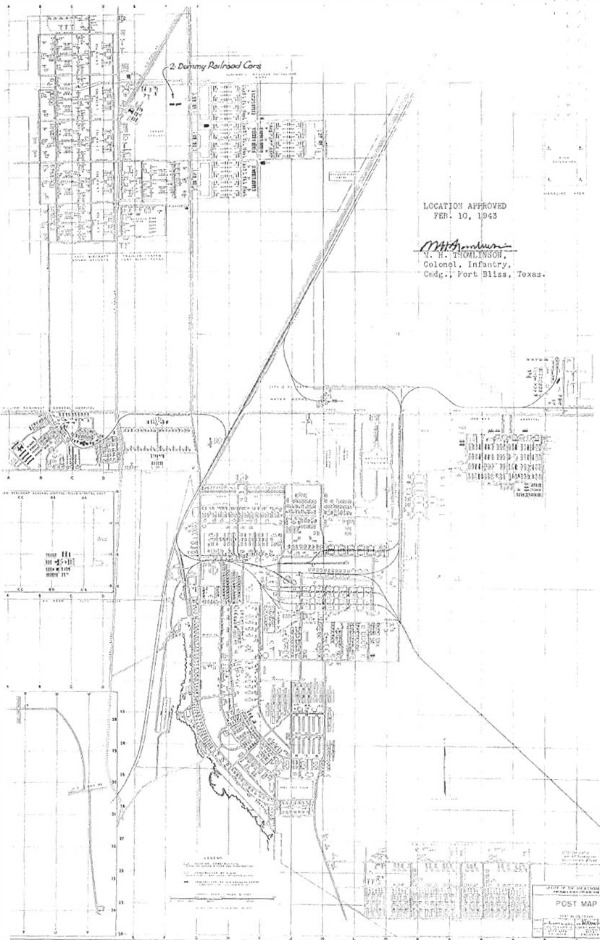 By late 1942, the U.S. Army realized it needed to focus the efforts of the Provost Marshal General Office on the expected task of guarding hundreds of thousands of Axis [Japan, German, and Italy] prisoners of war. In response, the DOJ gave the INS increased authority to house potentially dangerous Alien Enemies (including American citizens) at internment camps throughout the U.S. Several Japanese Americans held at Fort Bliss were from New Mexico, and it appears that German and Italians held at the camp were also taken into custody from western states. The historical record indicates that while Fort Bliss internment camp housed primarily male detainees, a number of Japanese male internees, whose families were left destitute from the internment of the head of their households were joined by spouses and children prior to November 1942 and the closing of Fort Bliss Detention Station.

Fort Bliss Enemy Alien Detention Station’s internee population never truly expanded during the war due to its temporary nature and closure by the end of 1942. Nevertheless, a number of internees held at this confinement site volunteered or were “volunteered” for repatriation. 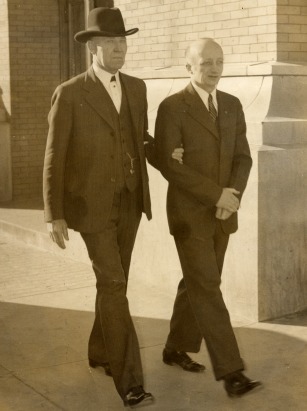 THC historians have not yet located and conducted oral history interviews associated with Japanese, German, and Italian Enemy Alien or U.S. citizen internment at the Fort Bliss Enemy Alien Detention Station. If you are aware of anyone who was interned or worked at this confinement site please contact the Military History Program Coordinator at militaryhistory@thc.texas.gov so we may reach out to them for an interview. 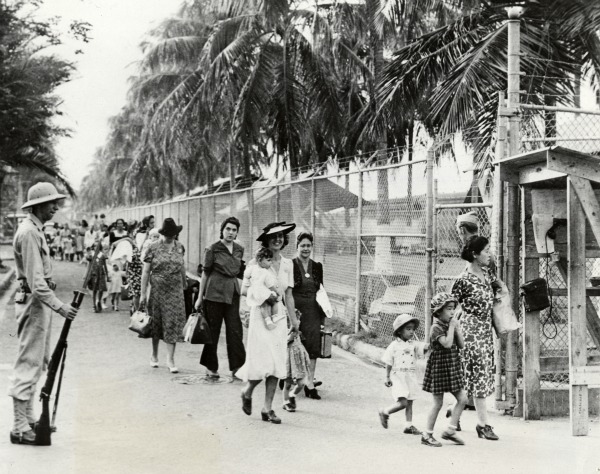