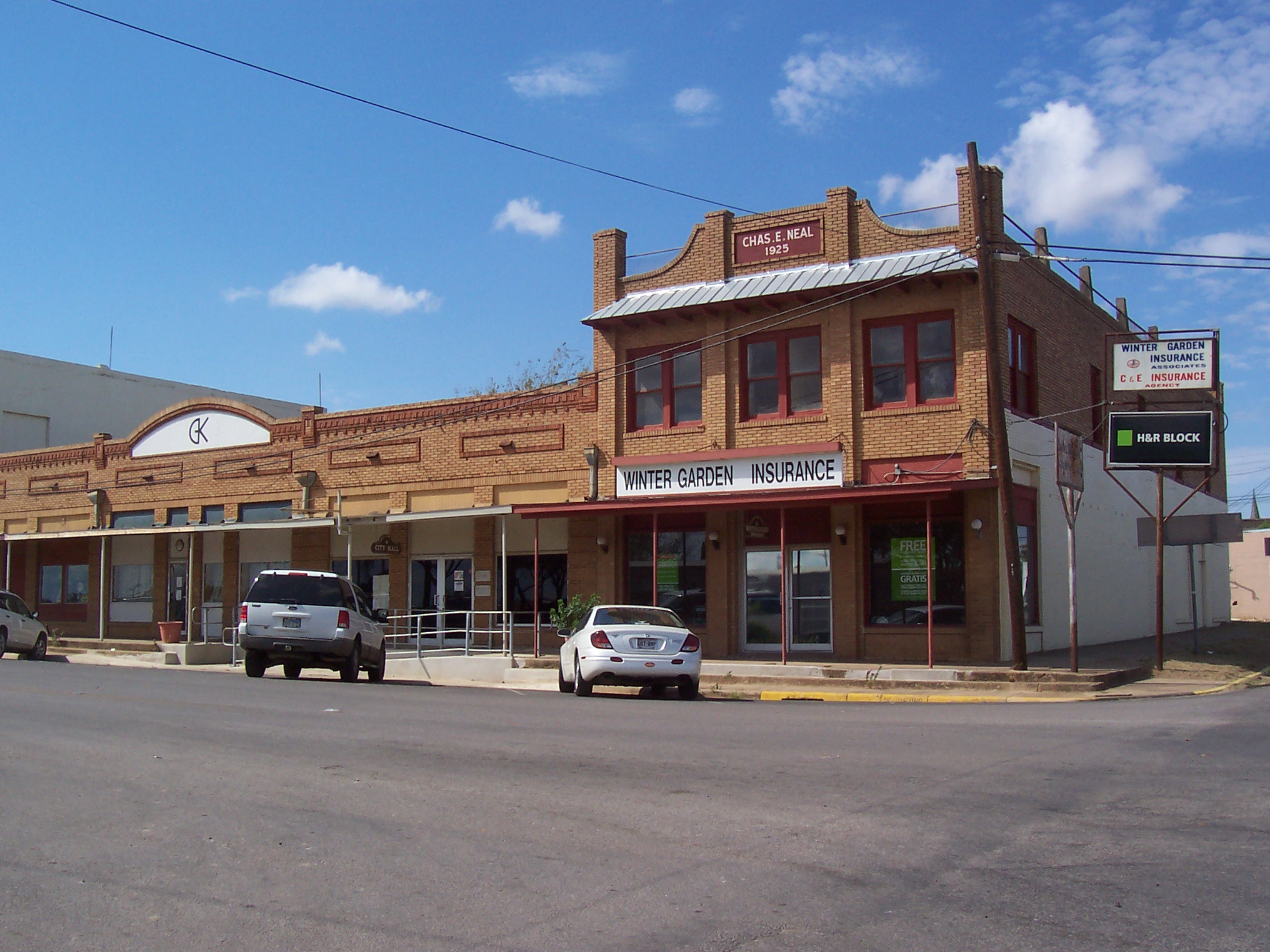 The Cotulla Downtown Historic District is the historic heart of the seat of LaSalle County, Texas. The district is bisected by Interstate Business Route 35 (Main Street, formerly U.S. Highway 81) and comprised of two functional parts: one to the west centered on the county courthouse and plaza, and the other to the east, with a row of commercial buildings aligned along Front Street and the former International and Great Northern Railroad tracks. While the west section represents the civic life of city with its courthouse, historic Methodist Church, water tower, and open plaza, the east section reflects the influence of the railroad on frontier growth and development. The buildings along Main Street, including two historic filling stations and an auto dealership, reflect the development of US 81 as an important automobile corridor between San Antonio and the border town of Laredo. The district was listed at the local level of significance under Criterion A in the area of Community Planning and Development for its role as the commercial, financial, and civic center of the city, and under Criterion C in the area of Architecture for its collection of late 19th and 20th century buildings, some of which reflect the influence of Mexican commercial design common along the Rio Grande at the turn of the 20th century, while others reflect national and regional trends in architecture.