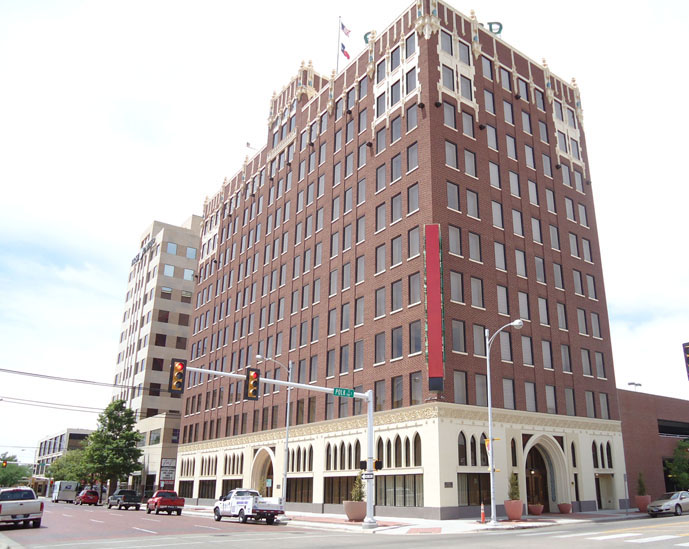 The Fisk Medical Arts Building was listed in the National Register of Historic Places on December 4, 2012, at the local level of significance under Criterion C in the area of Architecture.

The Fisk Medical Arts Building is a 10-story brick and terra cotta Gothic Revival skyscraper in downtown Amarillo.  Designed by architect Guy Anton Carlander, the building was initially occupied by the Amarillo Bank and Trust Co. (owned by the building’s developer, Charles A. Fisk) on the first floor, with medical offices on the upper floors. The structural frame is reinforced poured-in-place concrete, with a red brick exterior and ornate terra cotta ornament on the ground floor and upper two floors and penthouse.   The building is a good example of commercial construction techniques of the early 20th century.  Designed in 1927 and completed in 1928 in the midst of a significant regional oil and gas boom, the building reflects the economic prosperity of the period, and stands as an excellent example of an early 20th century skyscraper finished with Gothic Revival detailing. The building’s architect, Guy Carlander, played a large role in the architectural development of Amarillo. The recently-rehabilitated building was nominated under Criterion C in the area of Architecture.