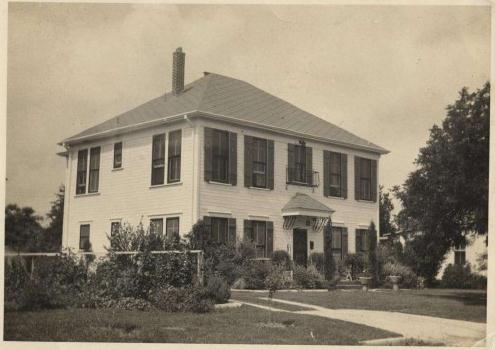 The Lung House in East Austin is significant for its long association with the Lung family, one of the first Chinese families settled in Austin. Patriarch Joe Lung arrived in Texas from China in approximately 1874. Though the Chinese population in Texas was extremely small, the Lung family’s experience is representative of the Chinese experience in general in Austin during the late 19th and early 20th centuries. Eventually, the Lungs established and successfully maintained a thriving restaurant business in the city for more than 60 years, even while anti-Chinese sentiment ran high. Though none of the restaurants still stand in Austin, the Lung House clearly illustrates the level of success and respect this minority family achieved during a time period in which the community was not always welcoming to outsiders. From 1917 to 1960, the Lungs created for themselves a house which accommodated their needs as successful business owners and as members of an unusually small minority group.

The Lung House was listed in the National Register of Historic Places at the local level of significance under Criterion A in the area of Ethnic History on February 5, 2014.