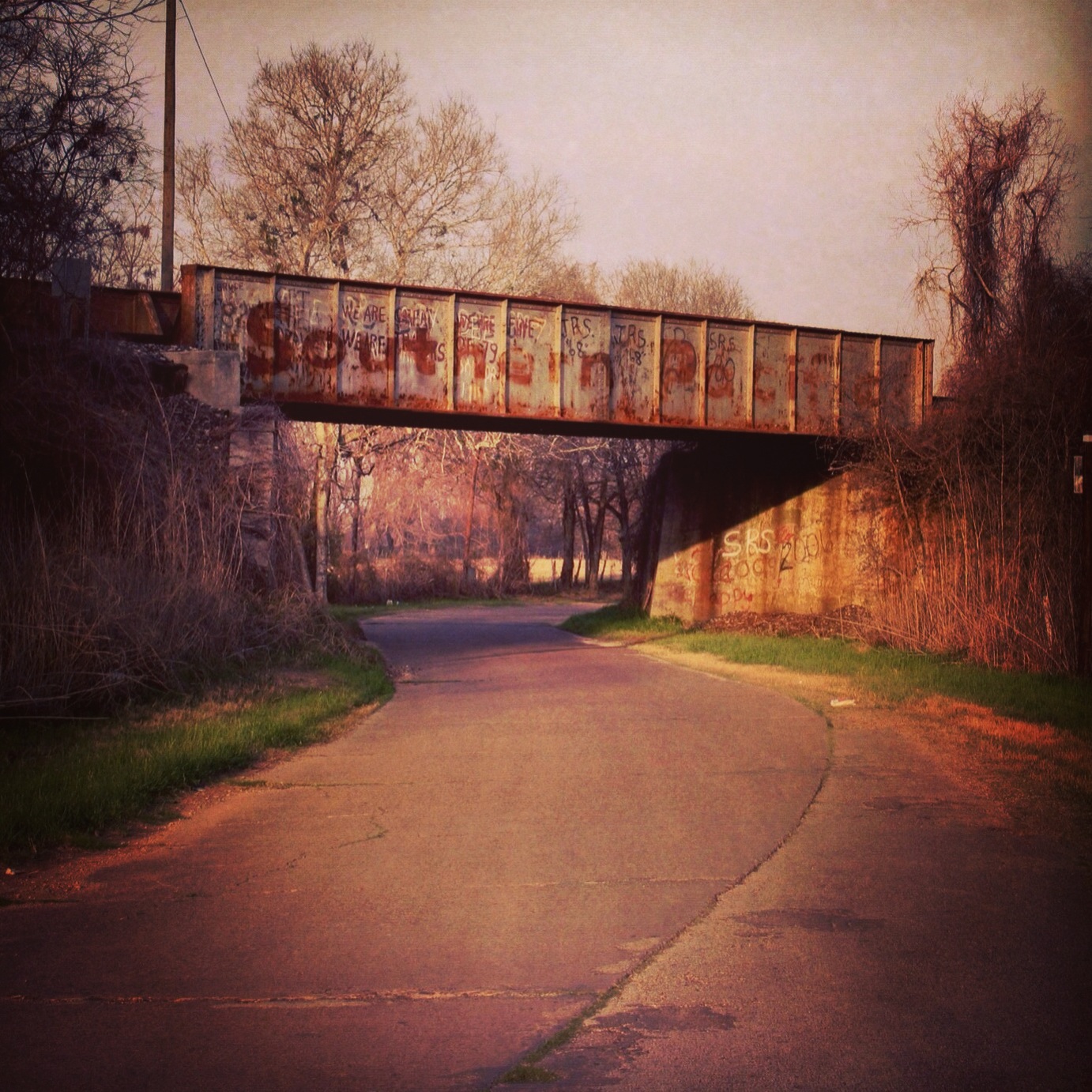 The Old Spanish Trail (OST) segment immediately east of the Colorado River near Columbus, Texas, is a 1.4-mile-long section of a state highway built in 1920-21. The road runs between business route U.S. 90 at the western terminus, and the north access road to Interstate Highway10, which later served as the main line of U.S. 90 before the construction of the interstate highway. The western half-mile of pavement consists of 16-foot-wide concrete slabs, while the remainder of the road consists of asphalt on a gravel base, and ranges from 16 to 20 feet in width. The road follows a generally straight path, with two gentle curves near the halfway point, and a sharper S-curve near the west end which passes beneath a plate girder Southern Pacific overpass. There are few modern intrusions along the roadbed, which retains a high degree of integrity and evokes the era of interstate auto travel in the early 20th century. Known during various periods as Texas Highway 3, the Southern National Trunk Line, and U.S. 90, the highway served as a primary automobile route between Houston and San Antonio, and as part of a national highway running between St. Augustine, Florida, and San Diego, California. Bypassed in 1939, the segment is maintained as a county road, and serves as a remarkably intact example of state highway design built by the county with state and federal aid through the Texas Highway Department, established in 1917. The property was listed in the National Register under Criterion A in the area of Transportation and Criterion C in the area of Engineering at the state level of significance.