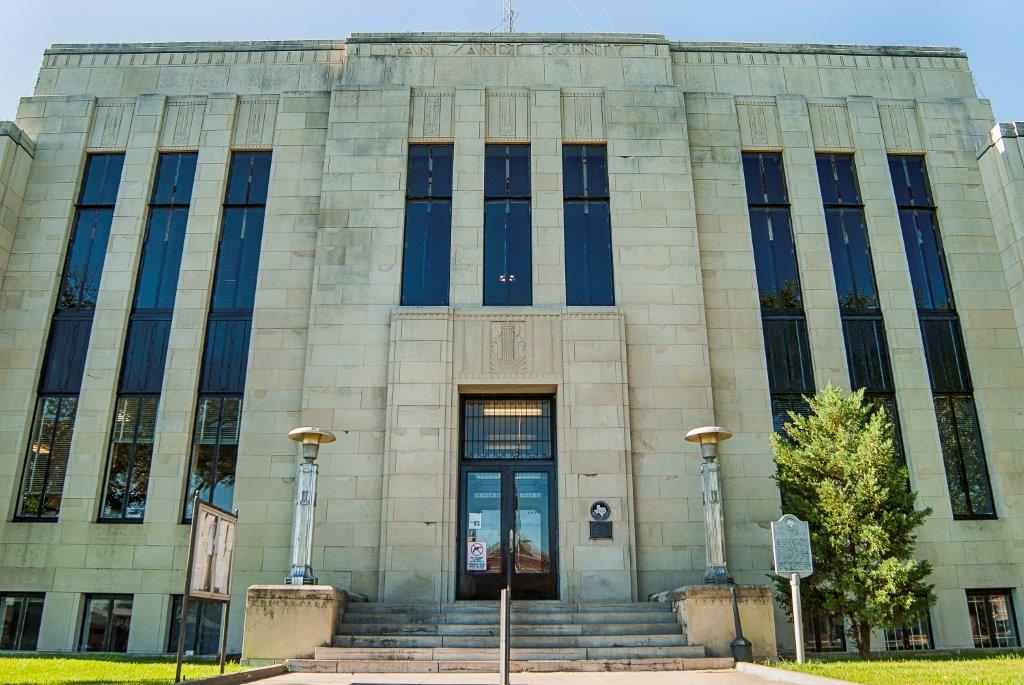 The Van Zandt County Courthouse was constructed in 1936-37 using special county funds, in conjunction with a grant provided by the federal Public Works Administration. The architectural firm Voelcker & Dixon of Wichita Falls provided a design that blended traditional elements from classical architecture with popular modernistic forms, ornamentation, and finishes, resulting in a handsomely-textured and finely-detailed building. The interior spaces and finishes are largely intact, including terrazzo flooring and Art Deco light fixtures. The courthouse serves as the center of all upper levels of government in Van Zandt County, and until recently housed the county jail on the fifth floor. For its decades of service as the center of Van Zandt County government, the courthouse was listed in the National Regsiter under Criterion A in the area of Government, and Criterion C in the area of Architecture as an outstanding example of Texas’s early modern courthouses. 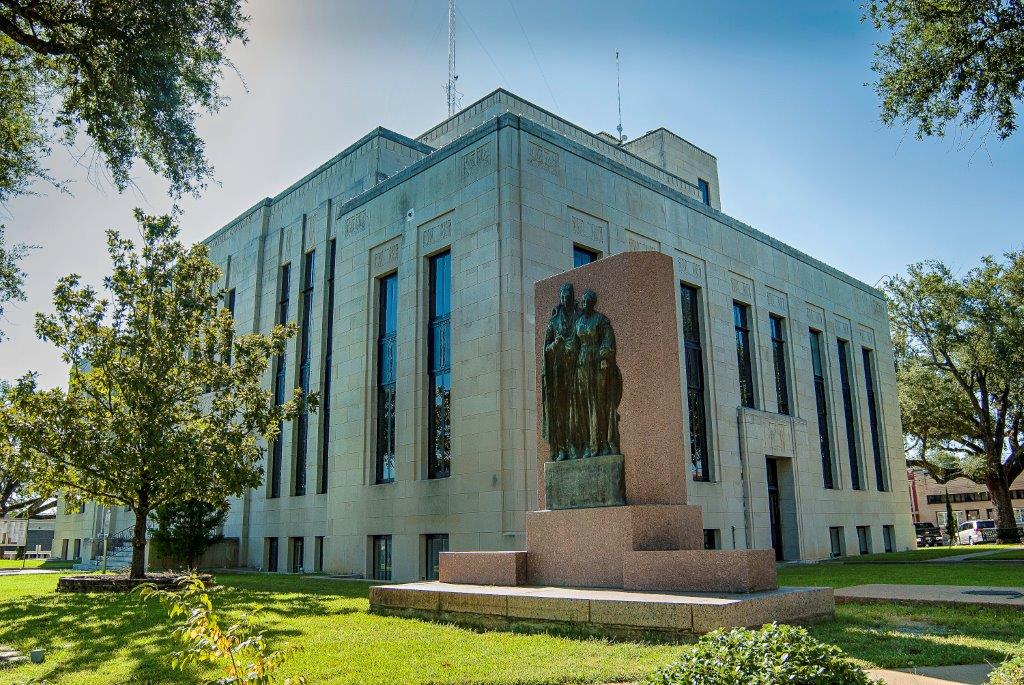