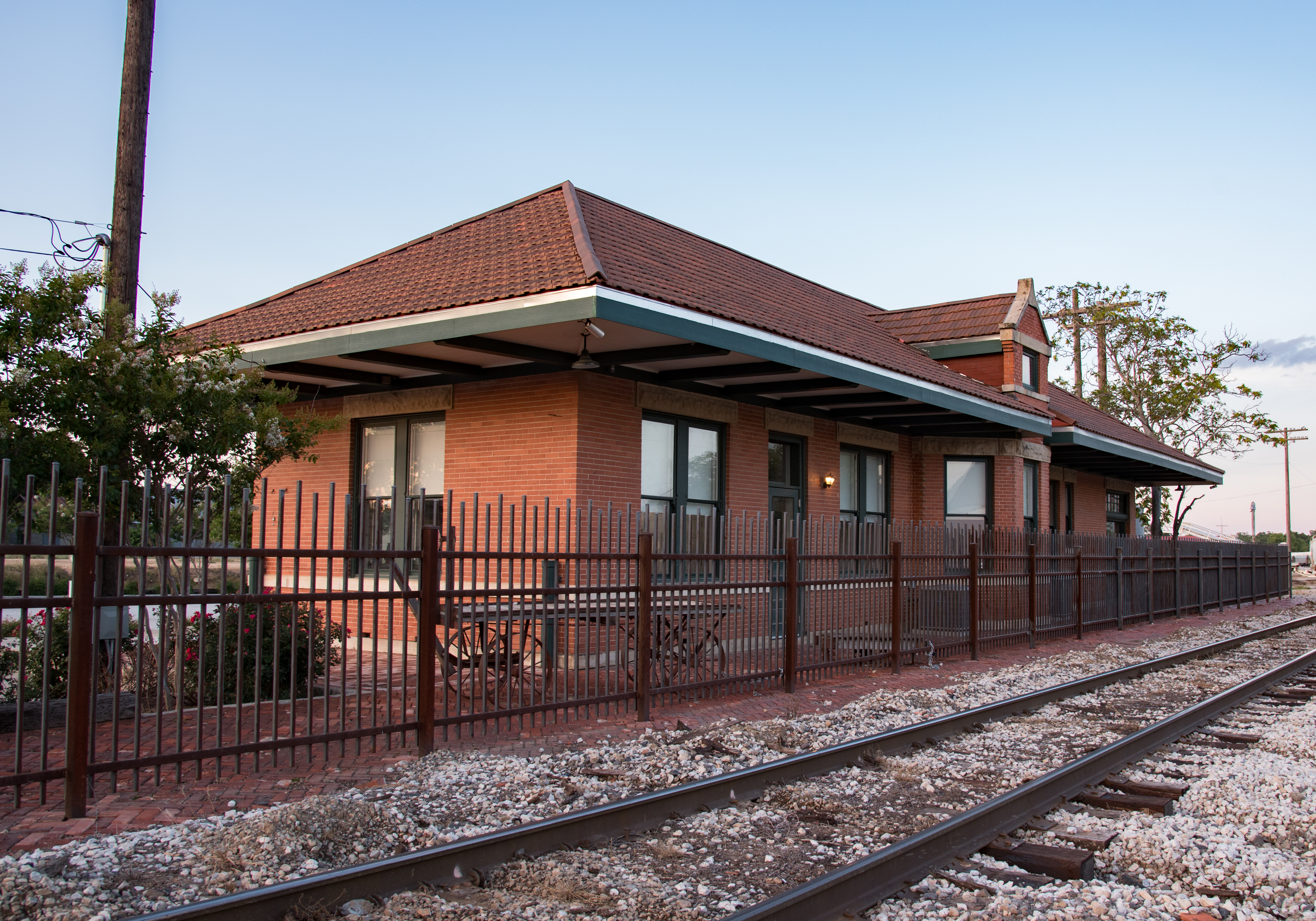 The 1909 St. Louis and San Francisco (Frisco) Railway Depot provided passenger rail service to Comanche for more than sixty years, and shaped the social, political, and economic history of the town. The station embodies an architectural design distinctive to the SL&SF Railway Company with its red brick façade, contrasting limestone belt course and lentils, red tile roof, green trim, and modest Prairie School-style elaborations. A 2011 rehabilitation project restored the exterior to its original appearance, preserving its character and functionality, and the building now houses offices and an exhibit space. The Frisco Depot is listed in the National Register under Criterion A in the area of Transportation for its role in transporting people, communication, and goods through Comanche for more than half a century. It is also listed under Criterion C in the area of Architecture as an excellent local example of an early 20th-century railroad passenger depot.