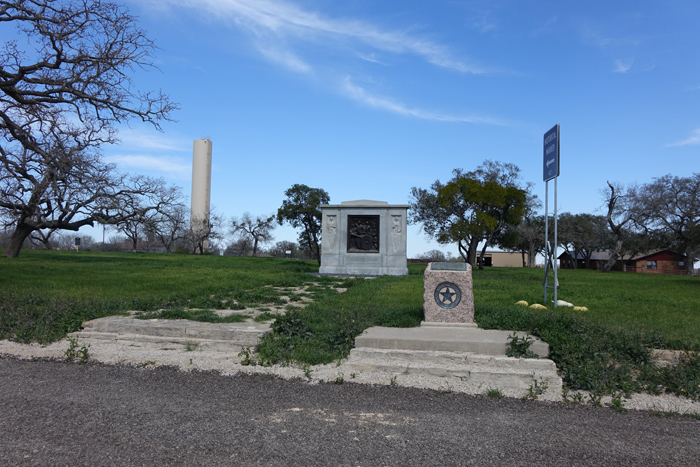 The First Shot Monuments Historic District is the culmination of early 20th century efforts to commemorate a significant event near Gonzales, Texas, that marked the beginning of the Texas Revolution and War for Independence from Mexico. In early October of 1835, a skirmish west of Gonzales signaled an enormous change in territorial leadership, politics, and culture, and paved the way for Texas to become a republic, while earning Gonzales the moniker “the Lexington of Texas.” The approximate site where Texians fired a cannon toward Mexican forces intent on taking the cannon was first marked in 1903 through the efforts of local schoolchildren. In the 1930s, the event was selected for special commemoration as part of the statewide Texas Centennial celebration, with the 1937 dedication of a granite and bronze monument designed by the San Antonio architecture firm Phelps and Dewees with sculpture by noted Texas artist Waldine Tauch. In 1937, the Texas Highway Department completed a 1.1-mile-long spur connecting the Centennial monument park with the 1903 dedication site, thus creating one of the first Texas state highways designed for the sole purpose of providing vehicular access to a historic site.

The district was listed in the National Register at the state level of significance under Criterion A in the area of Conservation for its association with early 20th century local and statewide preservation efforts, which sought to identify and mark places of historical significance in Texas, and make them accessible for the purpose of heritage tourism. The district was also lised under Criterion C in the area of Art in recognition of the artistic value of the Centennial monument, which is especially noteworthy for its sculpture by Waldine Tauch. 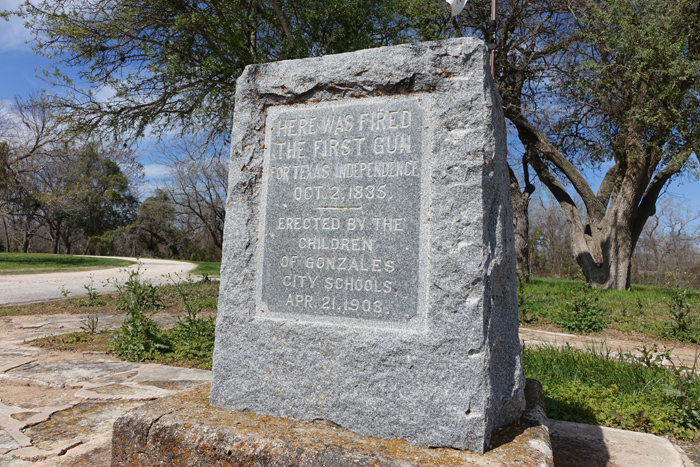