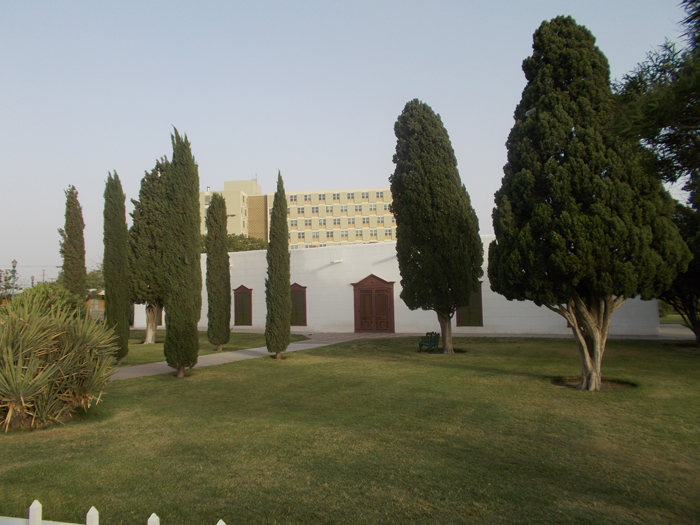 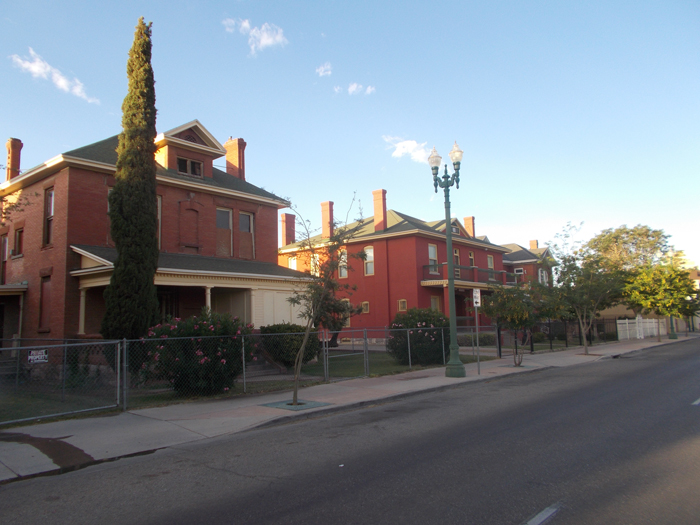 The Magoffin Historic District just east of downtown El Paso is a primarily residential 65-acre neighborhood that includes dozens of century-old houses, including the Magoffin House State Historic Site, operated by the Texas Historical Commission, as well as historic apartment buildings and churches. The district includes a rare collection of Late Victorian brick houses that date to the period of rapid growth immediately after the railroads arrived in the early 1880s. During the early 20th century, the district continued to develop as a middle-class neighborhood with the construction of several apartment buildings, along with new retail businesses that served nearby residents. The houses date to a period of rapid growth immediately after the railroads arrived and lasting until the Great Depression. Street scenes offer visual representation of a pre-automobile residential neighborhood complete with narrow lots, brick buildings with small front yards close to the sidewalk, and wrought iron fences. This view is juxtaposed with the skyline of downtown El Paso only a few blocks away. In addition, the district contains several unique and historically significant properties including apartment buildings, churches, a school, and an architecturally significant mid-Twentieth Century low-income housing project for seniors. The district was listed in the National Register under Criterion A in the area of Community Planning and Development for its association with the developing city at the turn of the century, and Criterion C in the area of Architecture for its excellent collection of distinctive buildings.