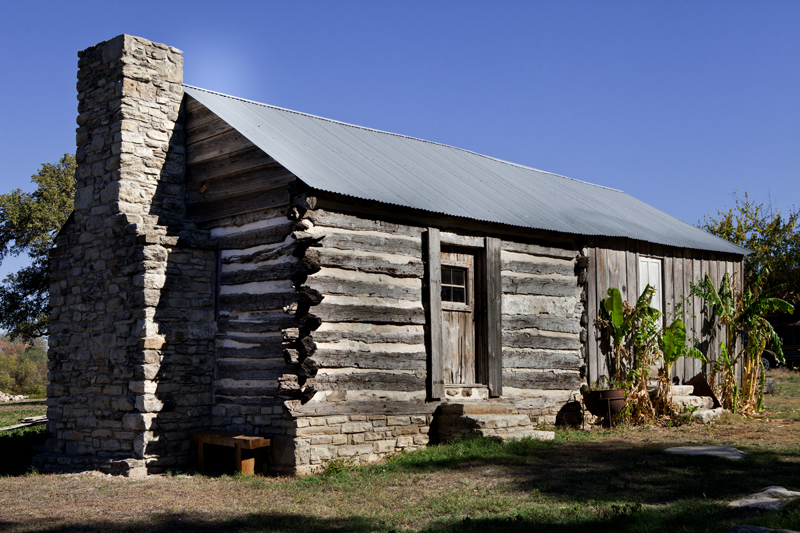 Seward Plantation fronts Farm-to-Market Road (FM) 390 in Washington County, Texas, approximately one mile east of the town of Independence. FM 390 roughly follows the historic route of the well-traveled La Bahía Road (later known as the Old Washington Road), which cut through the Seward Plantation, directly in the front of the main house, until the 1950s. Built by the John H. Seward family in 1855 as a cotton plantation, it represents the early agricultural enterprises that led to the successful settlement of Washington County. After the Civil War, the Seward family utilized the property for various agricultural activities, including cattle ranching, and utilized lien-based labor systems to keep up crop production, reflecting the trends taking place throughout the county and state at the time. The historic district consists of ten contributing properties, including the vernacular Greek Revival “big house,” one-room slave quarters, various log-pen service buildings, remnants of the historic road, and a commemorative Texas Centennial marker. In addition to its agricultural associations, the plantation is also significant for its architecture. Its collection of pre-Civil War residential dwellings and log-pen service buildings are good examples of the methods of construction utilized on early Texas farmsteads and is one of the most intact examples of antebellum plantation architecture in the region. The property remains in agricultural use by Seward family descendants today.

Seward Plantation was listed in the National Register of Historic Places on January 29, 2013, under Criteria A (agriculture), C (architecture), and D (archeology).