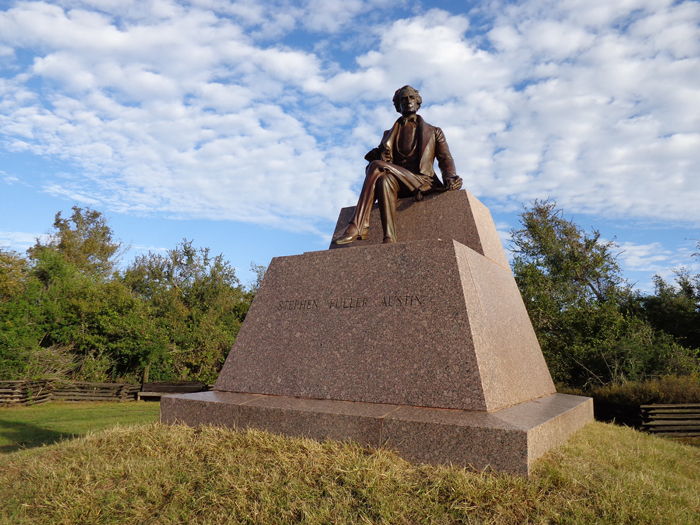 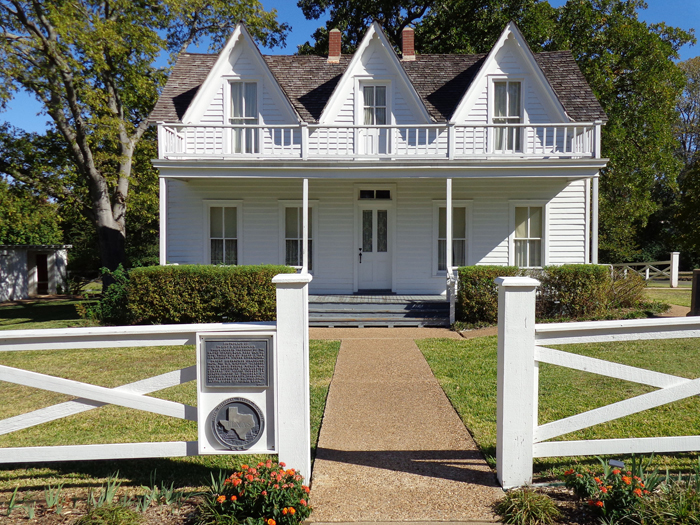 The San Felipe de Austin Historic and Archaeological District contains a large portion of the original townsite of San Felipe de Austin (San Felipe) - the capital of Stephen F. Austin’s colony, and for a time, the seat of the provisional Government of Texas. The town was founded in 1823 by Stephen F. Austin and became his colony’s social, economic, and political center. In the 1830s, San Felipe hosted political conventions critical to the Texas Revolution. Near the end of the Texas Revolution, General Sam Houston’s army retreated through San Felipe after the fall of the Alamo. On March 30, 1836, the garrison defending the town burned it to the ground to prevent it being taken by the pursuing Mexican army. In the years that followed, San Felipe saw only limited reoccupation. A commemorative park was established at the site in 1928 to honor Austin and the townsite and its importance to Texas history. Establishment of the park has functioned to preserve historic archaeological resources from the era of Stephen F. Austin and the Texas Revolution and subsurface material remains largely undisturbed.  The property was listed under Criterion D at the state level of significance in the area of Archeology for its potential to provide important information about San Felipe de Austin, its past inhabitants, and its role in the colonization and ultimate independence of Texas. It was also listed atthe state level under Criterion A, in the area of Conservation, for the early twentieth century development of the commemorative park honoring Stephen F. Austin and the townsite.

The Eisenhower Birthplace at 720 South Lamar Street in Denison, is the house in which Dwight D. Eisenhower was born in 1890. In 1942, General Eisenhower first became a national figure for his role as Commander of U.S. forces in Europe, spurring Denison residents to identify the precise location of his birth. Local citizens, most notably members of women’s groups including the Denison Garden Club, and Gold Star Mothers, soon began efforts to preserve the home as a historic site. The City of Denison purchased the property in 1945, and efforts to furnish, beautify, and interpret the significance of the house were underway when Eisenhower visited the property in 1946. Public interest in the birthplace surged upon Eisenhower’s election as President in 1952, and in 1953 a statewide foundation formed to raise funds for the building’s restoration, and the transformation of the surrounding residential neighborhood into a park.  In 1955, the city deeded the property to the Eisenhower Birthplace Foundation, which completed restoration and transferred the property to the State Parks Board in 1958. Today the birthplace is part of the Eisenhower Birthplace State Historic Site, operated and maintained by the Texas Historical Commission. The property was listed under Criterion A, in the area of Conservation, at the state level of significance in recognition of the successful efforts led by the citizens of Denison to purchase and restore the house, establish a museum, and host President Eisenhower during his visits to the place he was born.