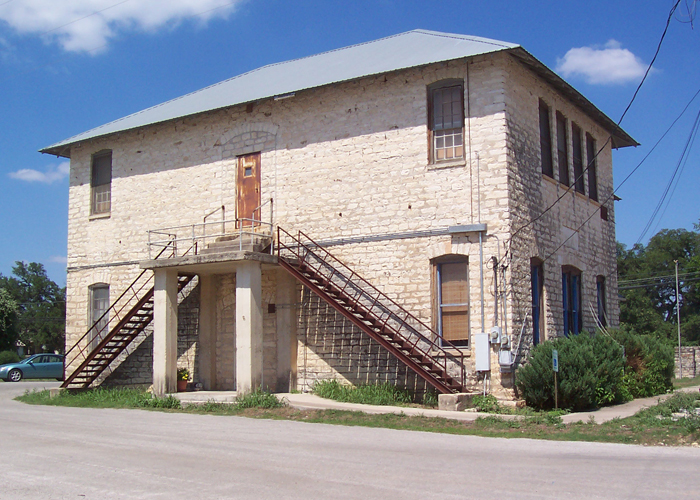 Dripping Springs began as a sparsely settled community of far-flung farms and ranches along the Little Barton and Onion creeks in the 1850s. Eventually, a more compact community consisting of modest frame and stone houses and stores emerged near the springs. By the turn of the 20th century, a nucleus of domestic, commercial, civic, and industrial buildings clustered along the Austin to Fredericksburg road, also known as Mercer Street. In the 1930s, as auto tourism became popular, road-related resources such as gas stations, service stations, and tourist cafes were constructed on Mercer Street. It remained the main thoroughfare until 1958 when Highway 290 bypassed the historic downtown, halting development along the historic route.

Today the street remains a two-lane asphalt street with no curbing, uneven setback, and randomly placed buildings, most of which are characterized by their small scale and native stone construction. Taken together, the historic buildings and structures along Mercer Street reflect the history of Dripping Springs from its early settlement to its development as a small agricultural hub and tourist stop-off. The 13.5-acre historic district includes 21 contributing buildings, structures, and sites—including the town’s namesake springs!

The Dripping Springs Downtown Historic District was listed in the National Register of Historic Places on July 17, 2013, at the local level of significance under Criteria A and C for its significance in the areas of Architecture and Community Planning and Development.