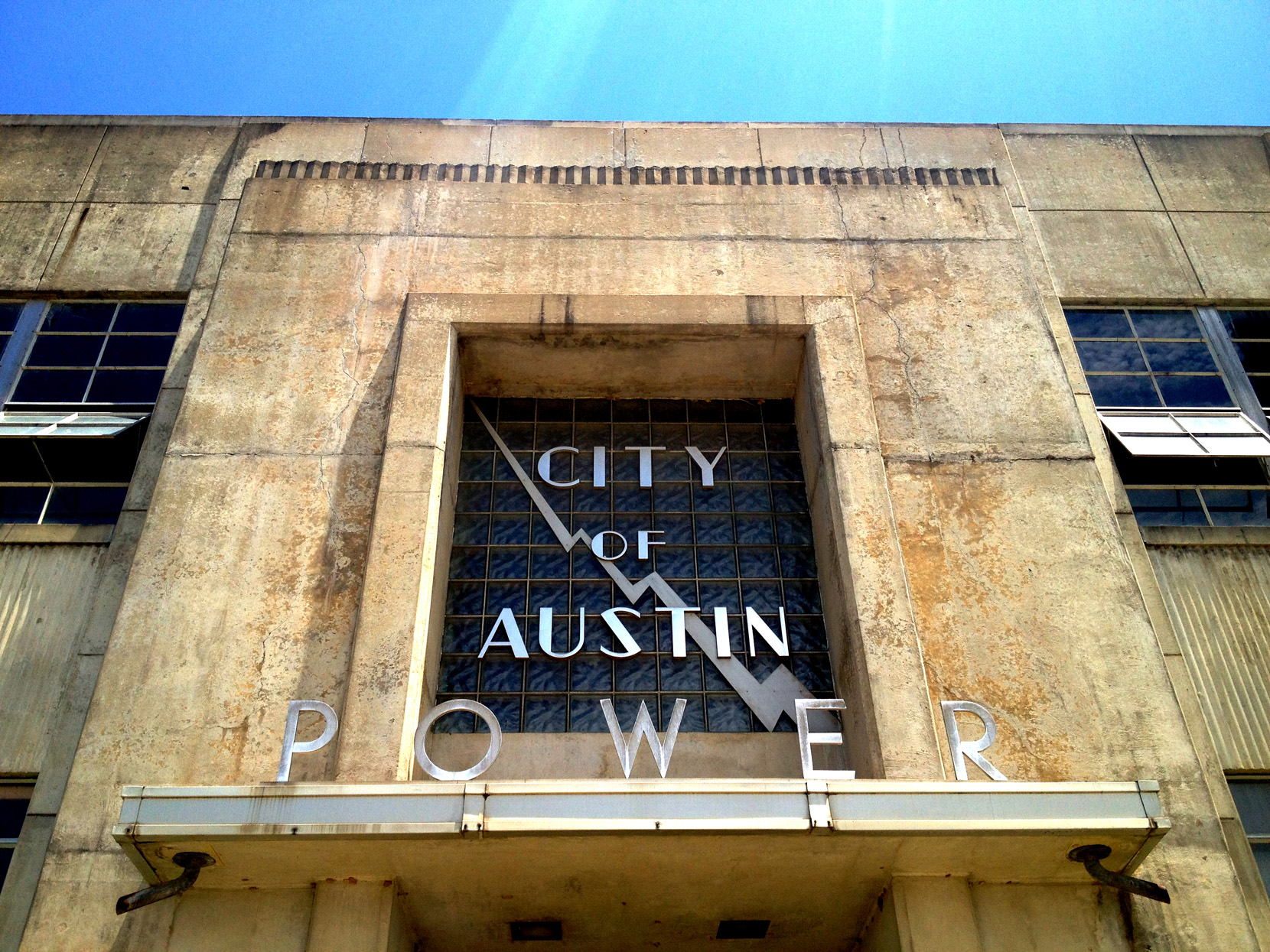 The Seaholm Power Plant was designed by the nationally-recognized Kansas City engineering firm Burns & McDonnell, and constructed in two phases (1951 and 1955) to serve the expanding needs of the city. The complex was built immediately to the west of an earlier city power plant and identified on engineering drawings as “Power Plant No. 2.” In June 1960, the City of Austin renamed the facility in honor of the late Walter E. Seaholm, a prominent figure in the administration of Austin’s municipal utilities from the 1920s until the mid-1950s. The Seaholm Plant is an outstanding example of the Art Moderne architectural style and shares many design elements of the design firm’s other designs for municipal waterworks and powerhouses of the 1930s through the 1950s.  Typical of Burns & McDonnell designs, great attention was paid to the massing, scaling, and detailing of Seaholm. This Austin example differs slightly in that it is constructed entirely of site-cast concrete while their other plant examples were of brick cladding over concrete or steel structural systems.  The Seaholm Power Plant  was listed at the local level of significance to the National Register under Criterion A in the area of Industry for its association with energy production in the growing city, and Criterion C in the area of Architecture and as an excellent example of late Art Moderne design applied to a concrete electricity-generating plant.