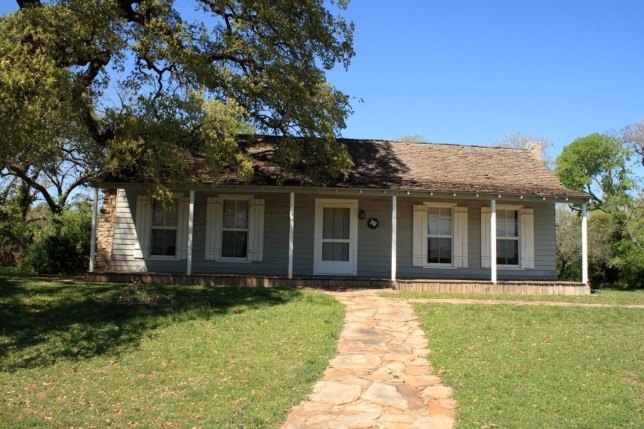 The Van Zandt Cottage was listed in the National Register of Historic Places on December 4, 2012, at the local level of significance under Criterion A in the area of Conservation.

Located in Fort Worth’s Trinity Park, the Van Zandt Cottage dates to the mid-1800s and is proclaimed to be Fort Worth’s oldest dwelling still located at its original location. Originally constructed in the mid-1800s as a pre-railroad-era dwelling and formerly owned by one of the city’s most prominent pioneers, the house was restored by the Women’s Division of the Texas Frontier Centennial in 1936 as part of community efforts to commemorate the centennial of Texas’ independence from Mexico.  The dwelling’s historic configuration reveals a symmetrical arrangement with a center hall and flanking rooms containing stone fireplaces on the gable end walls. In 1936, a full-width porch on the north elevation was enclosed and the window apertures and south porch were restored to an approximation of an earlier appearance. With the addition of four-over-one windows and wood shutters flanking them, it was transformed from a simple frontier dwelling to a romanticized version of its former self. Although not an exact restoration, it is significant as an example of an early, if not the first, private-public partnership in Fort Worth to preserve a site associated with the city’s past.