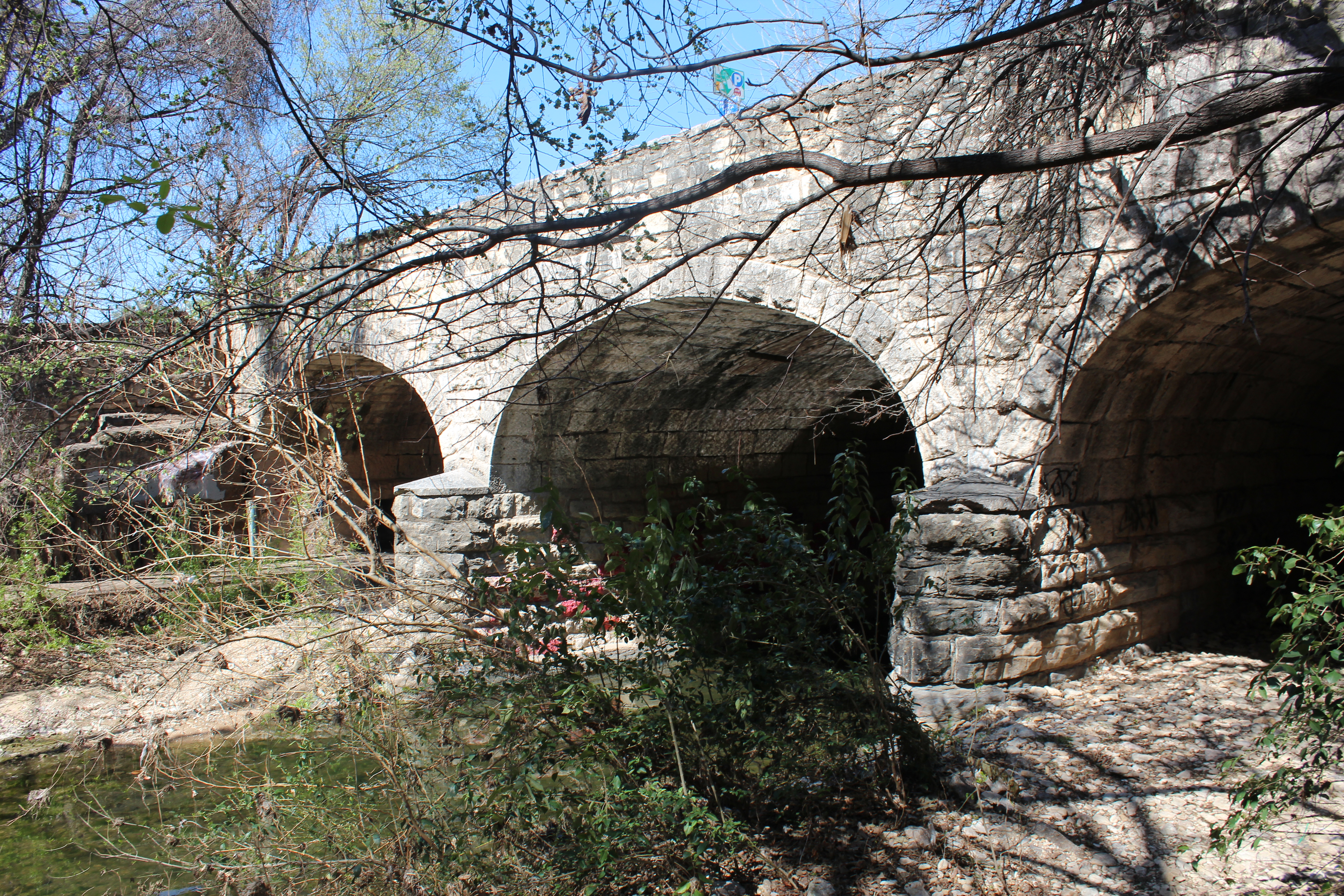 The 1887 West Sixth Street Bridge in Austin, Texas, is a three-arch masonry bridge spanning Shoal Creek.  In a reversal of the usual pattern of short-span bridge replacement with factory-made truss bridges, this hand-built structure replaced an earlier iron bowstring arch.  Its wide street dimension conforms to the width of the streets originally determined by Edwin Waller’s 1839 city plan, which allowed for the passage of wagons going in either direction, and also facilitated the installation of tracks for mule-drawn streetcars, which were first used in Austin in 1875.  The bridge retains a high degree of integrity and was listed in the National Register under Criterion C in the area of Engineering, at the local level of significance, as an excellent example of a multiple-arch masonry bridge built with local materials to carry vehicular traffic. The bridge also meets Criterion A in the area of Community Planning and Development as a structure that reflects the establishment of ambitiously-wide arterial streets in the City of Austin in the mid-19th century, as well as the city’s substantial investment in road infrastructure to encourage expansion beyond the original city plat. Located at the site of the first bridge in Austin, this structure is one of the state's oldest masonry arch bridges and continues to serve one of the city's principal east-west arteries.