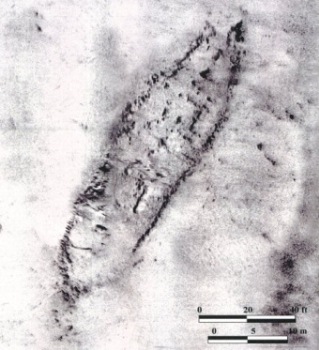 Public agencies, or any group or individual, may submit a property in public ownership for official State Antiquities Landmark (SAL) designation. Upon receipt of a complete nomination, the executive director of the Texas Historical Commission (THC) determines whether the property is eligible for designation and schedules the nomination for consideration at one of the commission’s public meetings. Nominations are first considered by the Antiquities Advisory Board, which makes recommendations to the commission. The commission allows a comment period prior to a final designation vote at their next scheduled meeting.

Privately owned property may be nominated for SAL designation by the property owner. SALs on private property receive the same protection under the Code as resources on public property. The designation is recorded in county deed records and conveys when the property is sold.

Potential SALs are evaluated under specific criteria within the following categories:

The Application for State Antiquities Landmark Nomination form may be downloaded from the Forms page. The criteria for evaluation and the designation process are explained in greater detail in the Rules of Practice and Procedure for the Antiquities Code of Texas (Texas Administrative Code, Title 13, Chapter 26) under Statutes, Regulations, and Rules. Those who intend to nominate a property in public ownership or private property should read and be familiar with these rules.

Rules for Designation of SALs

The following is quoted from the Rules of Practice and Procedure for the Antiquities Code of Texas, Texas Administrative Code, Title 13, Chapter 26.

(a) Nomination. Any group, public or private, individual, or public agency may submit a property in public ownership to the commission for official designation as a landmark. The nomination must be submitted to the commission on a form approved by the commission, and the commission will determine whether the nomination is complete. The nomination shall indicate the nature of the property's significance: as an archeological site, shipwreck, cache or collection, historic building or structure, or any combination thereof, per the criteria for evaluation specified in §§26.10 - 26.12 and §26.19 of this title.

(A) be printed in 12-point boldface type;

(B) include the exact location of the building or site; and

(C) include the name of the group or individual nominating the building or site.

(2) Requirements for buildings and structures. Nominations for buildings and structures must be accompanied by a deed or other legal description of the property nominated for designation. For a building or structure owned by a political subdivision, the nomination may be accompanied by a statement assessing fiscal impacts of the potential designation on the political subdivision.

(f) Comment period. No vote on final designation may be taken by the commission for a minimum period of 30 days, during which time all concerned parties may present evidence in support of or against designation of the property. Comments may be submitted to the commission at any time prior to the designation vote described in subsection (g) of this section, including during public testimony at the commission meeting where the vote will occur. Comments should address the property's merits in light of the criteria specified in §§26.10 - 26.12 and §26.19 of this title.

(g) Presentation of designation and designation vote. After the minimum comment period of 30 days has elapsed, the commission may consider the property for designation at one of its public meetings. The owners of the property will be informed of the agenda by written notice at least 15 calendar days in advance of the meeting date. Any person may present evidence or testify at the meeting when the final decision is to be made. The commission may then vote to designate, to deny designation, to request further information, or to make any other decision.

(i) Additional hearings. Any owner of a property designated as a landmark who is aggrieved by the designation procedure as applied to his or her property will receive a full evidentiary hearing upon request, or the formal designation can be removed by action of the commission.

(k) Listing and marking of landmarks. If a property is officially designated as a landmark, the property will be listed in the commission's inventory, a current list of all historic buildings, structures, sites, objects, and districts so designated. Landmarks may be marked with a marker or medallion, to be installed by commission staff or designee.

(1) Archeological sites designated as landmarks may be marked with a landmark marker, if deemed appropriate by the commission. The UTM coordinate of the marker will be retained in the commission's records.

(2) Historic buildings and structures designated as landmarks may be marked with a medallion bearing the words "State Antiquities Landmark". Third-party nominators shall pay the cost associated with the medallion. A photograph of the installed medallion showing its context will be retained in the commission's records.

(l) Privileged or restricted information. The location of archeological sites is not public information. However, information on sites may be disclosed to qualified professionals as provided by Chapter 24 of this title (relating to Restricted Cultural Resource Information).

(a) Designation procedure. Cultural resources of national, state, or local significance in private ownership may be nominated by individuals or institutions holding title to the property on which the resources are located. The nomination must be submitted to the commission on a form approved by the commission. In addition to the nomination requirements listed in §26.8(a) of this title (relating to Designation Procedures for Publicly Owned Landmarks), the nomination must be accompanied by proof of ownership, such as a deed record. The nomination form shall contain language that expressly states the owner's consent to landmark designation by signing the form. A site, building, or structure on privately owned property, which is designated as a landmark by the commission, is afforded the same protection under the Antiquities Code of Texas as resources on public property. The nomination and designation hearing process for the designation of privately owned property will follow the same basic procedures set forth in §26.8 of this title.

(1) Archeological sites designated as landmarks shall be marked with a landmark marker. The UTM coordinate of the marker will be retained in the commission's records.

(2) Historic buildings and structures designated as landmarks shall be marked with a medallion bearing the words "State Antiquities Landmark". The property owner shall pay the cost associated with the medallion as a condition of designation. A photograph of the installed medallion showing its context will be retained in the commission's records.

(a) The commission shall use one or more of the following criteria when assessing the appropriateness of official landmark designation, and/or the need for further investigations under the permit process:

(1) the site has the potential to contribute to a better understanding of the prehistory and/or history of Texas by the addition of new and important information;

(2) the site's archeological deposits and the artifacts within the site are preserved and intact, thereby supporting the research potential or preservation interests of the site;

(4) the study of the site offers the opportunity to test theories and methods of preservation, thereby contributing to new scientific knowledge; and

(b) The commission shall use one or more of the following criteria when assessing the verification of the existence of a cemetery:

(1) the location contains interments that are confirmed through assessments or investigations consented by the landowner and performed by a professional archeologist or other individuals as defined by §711.0105(a) of the Health and Safety Code of Texas;

(2) the location contains human burial caskets or other containers or vessels that contain human remains or are contextually known to have been used to inter human remains;

(3) the location contains articulated human remains that were deliberately interred; or

Shipwrecks may be considered significant and be recognized or designated as landmarks provided that the following conditions are met:

(1) the shipwreck is located on land owned or controlled by the State of Texas or one of its political subdivisions;

(2) the shipwreck is pre-twentieth century or is otherwise historically significant and is 50 years old or older in age; and

(3) the remains consist of a shipwreck sunken, abandoned, or a wreck of the sea, or are represented by the ship's remains and/or contents or related embedded treasure.

Caches and collections may be considered significant and be recognized or designated as landmarks, provided that at least one of the following conditions is met:

(1) the cache or collection was assembled with public funds or taken from public lands;

(2) preservation of materials is adequate to allow the application of standard archeological or conservation techniques;

(3) the cache or collection is of research value, thereby contributing to scientific knowledge; or

(4) the cache or collection is of historic value or contributes to a theme.

Buildings, structures, cultural landscapes, and non-archeological sites, objects, and districts may be designated as landmarks, provided that the following conditions are met:

(1) the property meets at least one of the following criteria:

(A) the property is associated with events that have made a significant contribution to the broad patterns of our history, including importance to a particular cultural or ethnic group;

(B) the property is associated with the lives of persons significant in our past;

(C) the property embodies the distinctive characteristics of a type, period, or method of construction, represents the work of a master, possesses high artistic values, or represents a significant and distinguishable entity whose components may lack individual distinction;

(D) the property has yielded, or may be likely to yield, information important in Texas culture or history;

(2) the property retains integrity at the time of the nomination, as determined by the executive director of the commission; and