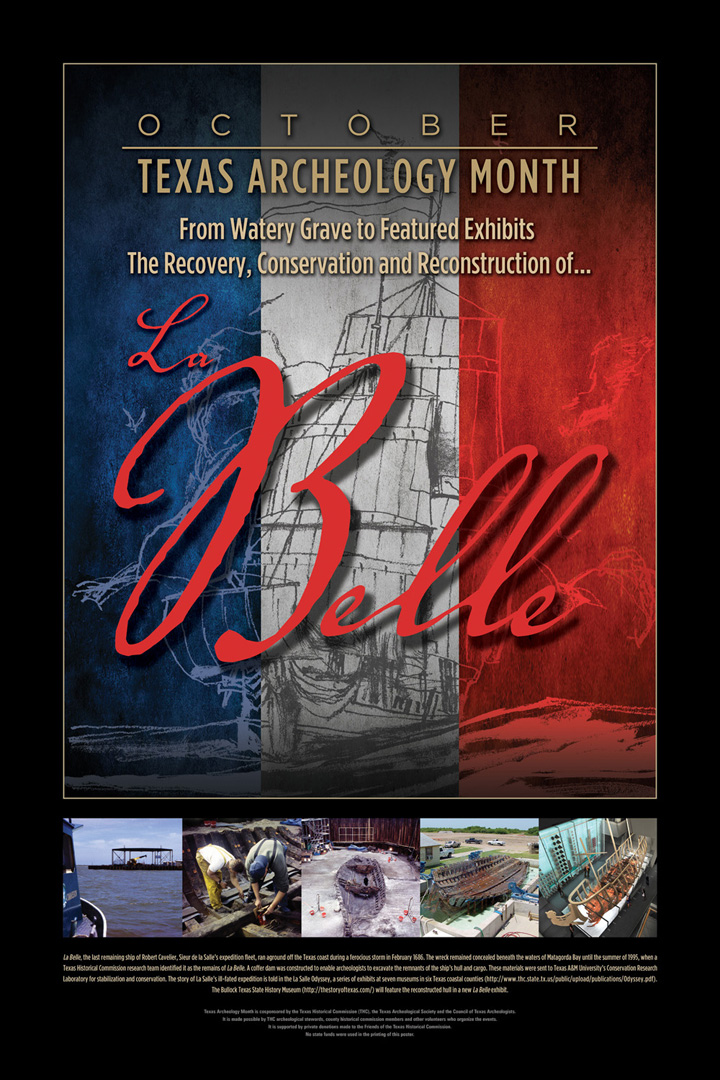 The TAM poster is available to order (PDF). The images along the bottom of the 24" x 36" poster reflect the archeological investigations, conservation, and reconstruction of La Salle's ship La Belle. Details of the discovery are included in the text, as shown below, as well as links to upcoming exhibits at seven museums in Texas.

La Belle, the last remaining ship of Robert Cavelier, Sieur de la Salle’s expedition fleet, ran aground off the Texas coast during a ferocious storm in February 1686. The wreck remained concealed beneath the waters of Matagorda Bay until the summer of 1995, when a Texas Historical Commission research team identified it as the remains of La Belle. A coffer dam was constructed to enable archeologists to excavate the remnants of the ship’s hull and cargo. These materials were sent to Texas A&M University’s Conservation Research Laboratory for stabilization and conservation. The story of La Salle's ill-fated expedition is told in the La Salle Odyssey (PDF), a series of exhibits at seven museums in six Texas coastal counties.