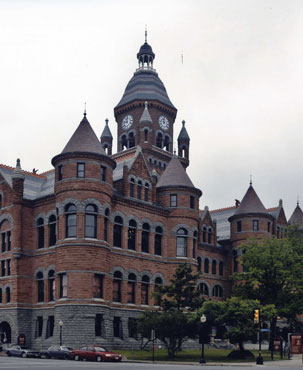 In 2001, Dallas County received a planning grant in Round II, which was followed up in Round IV in 2004 with a construction grant for the replication of the original clock tower removed early in the 20th century.

In addition to the reconstructed clock tower, notable features of the project include the restoration of one of the original courtrooms and the spacious fourth floor library, as well as the grand, cast-iron staircase, reconstructed using elements of the original, in an open, four-story high space that visually dominates the historic lobby of the building. Walls and ceilings of the large and impressive historic courtrooms have being restored in their original colors. These spaces now house new and improved museum exhibits.

This project was completed, and the courthouse was rededicated on May 15, 2007.