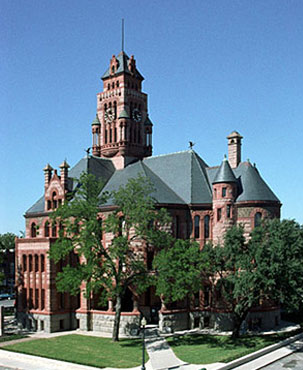 Designed by J. Riely Gordon and completed in 1897, the Ellis County Courthouse emulates the Romanesque Revival style popular during the latter half of the 19th century.

Elaborate surface ornamentation, the use of contrasting masonry building materials, and the picturesque massing establishes the courthouse as one of Gordon's best-known buildings.

It was rededicated in October 2002.