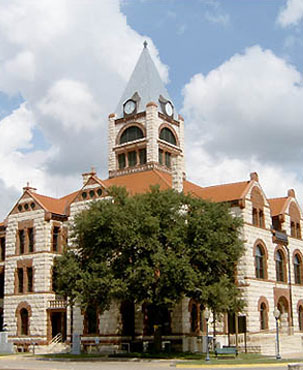 This Romanesque revival courthouse, constructed in 1892, is the work of James Riely Gordon. It features native white limestone with red Pecos sandstone accents and, as one of Gordon's earlier works, it displays several features that have become hallmarks of his courthouse designs.