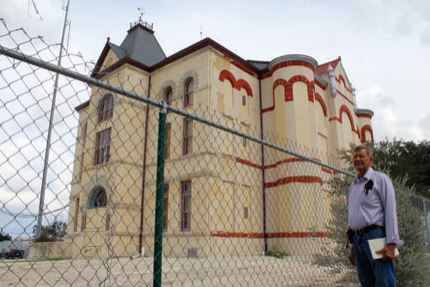 The 1894 Romanesque Revival courthouse is the third to serve Karnes County. After a fire destroyed the first log cabin structure in 1865, a second courthouse was constructed by architect John Jacob Riley to replace it in 1873. Due to the arrival of the San Antonio and Aransas Pass Railway, the county seat was moved from Helena to the more populated and prosperous town of Karnes City. The old courthouse complex was later used as a school until the mid-1940s, and remains as a museum today.

Construction on the current courthouse began in 1894 under architect John Cormack. Unfortunately, Cormack died before the building was finished, and his partner Jacob A. Astor saw the project through to completion in 1895. A 1920s renovation of the structure included the removal of the original mansard roof, turrets, clock tower, and additions to the west side of the building.

Fisher Heck Architects of San Antonio has led the multi-phase restoration of the original structure since 2011. Their work has included stabilizing the foundation, performing roof repairs, removing the two 1920s additions that had been causing structural damage and restoring the west façade to its original style.

The courthouse was rededicated on April 7, 2018.