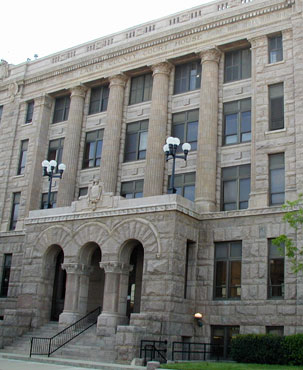 Lamar received both a planning grant in Round II and a full restoration grant in Round III. The restoration included removing non-historic partitions and dropped ceilings throughout the building, opening the courtroom to its original two-story configuration, and restoring its balcony and the plaster and stencil work throughout the corridors, stairwells, and courtroom.

The restoration was completed in June 2006.