The historic objects, artifacts, and collections the Texas Historical Commission (THC) manages are directly related to the agency’s historic sites. They collectively represent the material culture and heritage of the sites during their periods of significance in Texas history. The permanent collections include archeological objects, historic furnishings, costume, and fine art collections. The archeological collections are almost entirely composed of historical artifact assemblages and result from investigations at 19th- and 20th-century military forts, Native American sites, plantation sites, and house museums.

The THC’s Curatorial Facility for Artifact Research (CFAR) received several objects and archival resources with the transfer of sites from the Texas Parks and Wildlife Department that deepen our understanding of Texas history. Staff at CFAR are working to stabilize and conserve the collection. 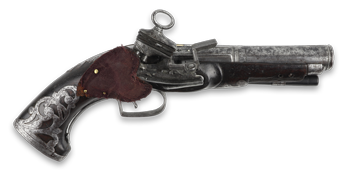 These Spanish firearms were acquired in 2018 and conserved at Texas A&M’s Conservation Research Lab in 2019 for the Mission Dolores State Historic Site collection. Both the pistols and the short escopeda (marked 1796) have Spanish miquelet flintlocks and are typical of the items that would have been used by the soldiers at Mission Dolores. The rifle and the pistols are enhanced by skillfully engraved and cut-silver applied decorations. The firearms will be incorporated into the new exhibit at the upgraded visitors center.

Ambrotype Cased photo of A. E. Baker (Donated By Charlotte Duke And Family, 2019) 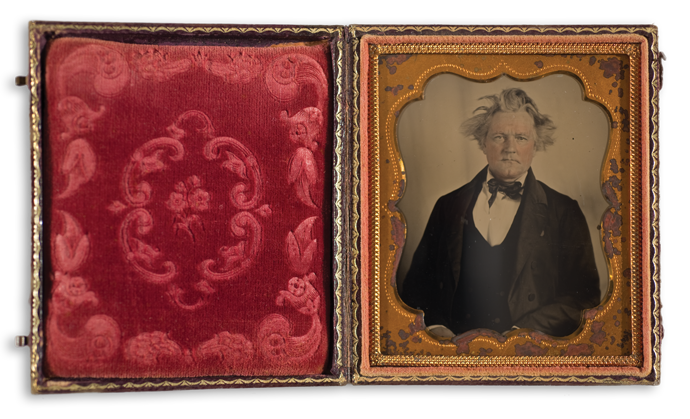 Donated from family members descended from Stephen F. Austin’s “Old 300,” this cased photograph is one of the few extant images of Amaziah Eugene Baker, who ran a shop at San Felipe de Austin during the colonial period. His shop was burned in the Texas Revolution during the Runaway Scrape. 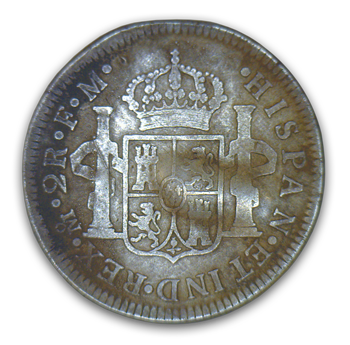 A two-real coin dating to 1776 was discovered during on-site archeological activity at San Felipe de Austin. Bearing the image of Charles III and a mint mark indicating it was produced in Mexico City, this coin was in good condition and is planned for use in the exhibit. 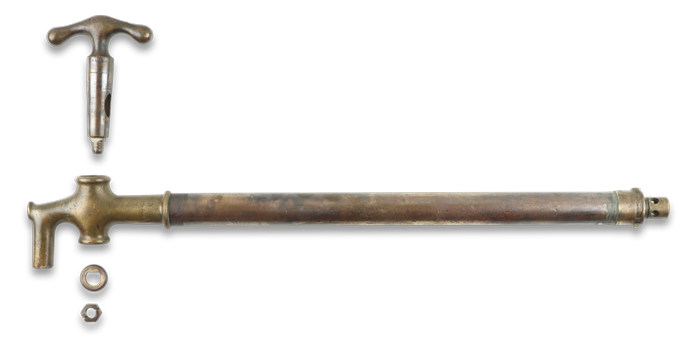 This brass spigot was found during archeological investigations at Kreische Brewery in the late 1970s and early 1980s. Manufactured for the American Brewing Company, this spigot would have been used to control the flow of liquid from a tapped keg. This item was conserved following the legislative transfer of Kreische Brewery and its collections in 2019.