The Historic Sites Division works to update the sites’ exhibits and interpretation  with the most current historic research available. The goal of these changes is to give visitors experiences with the real stories of each site featuring accurate and compelling information. Formats include gallery installations, audio-visual presentations, interactive components, improved historic interiors, and exterior interpretive signs. Historic sites with recent exhibit improvements include: 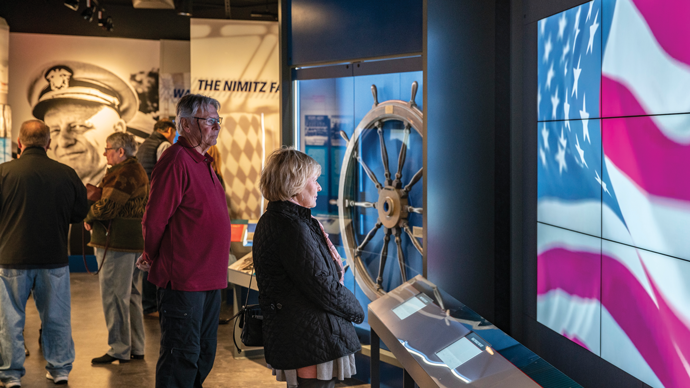 The National Museum of the Pacific War’s updated Admiral Nimitz Gallery opened to the public in February  2020. The gallery was reconfigured and completely redesigned. USA Today ranked the National Museum of the Pacific War fifth on its list of top 10 history museums in the nation. The museum is now a Smithsonian Affiliation organization and is accredited by the American Alliance of Museums, after the THC partnered with the Admiral Nimitz Foundation to gain this recognition. 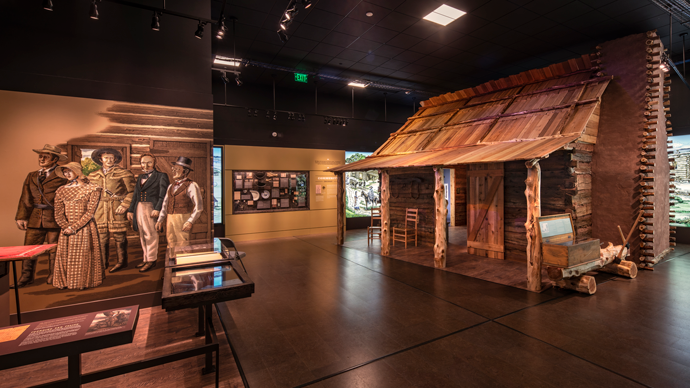 The museum exhibit at San Felipe de Austin hosts unique historical objects like a field desk that belonged to the Father of Texas, a preserved cabin built by an Austin Colony pioneer, and a cast-iron printing press. The exhibits also showcase interactive media and two short films. Touch-screen exhibits display infographics that help visitors explore and learn more about this dramatic undertold story. 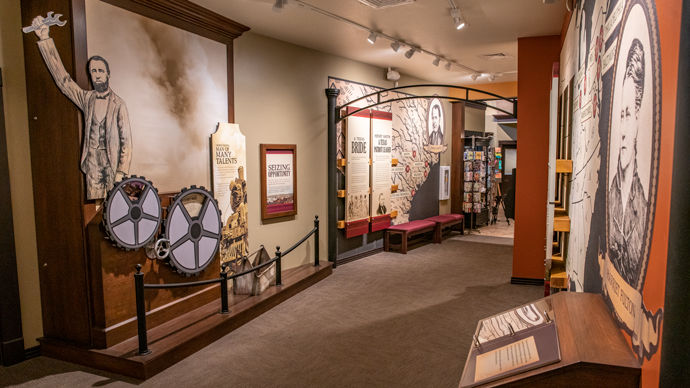 The Fulton Mansion History and Education Center contains compelling exhibits with interactive components telling the Fulton family story. The family's ties to the Republic of Texas are explored through a recounting of George Fulton's arrival at the end of the Texas Revolution and the role of his future father-in-law, Henry Smith, as the young republic's Secretary of the Treasury. George and Harriett Smith Fulton's lives are explored in the exhibit as the growing family moves to the East Coast and Midwest following George's successful career path as a structural engineer and inventor. Details of their ranching operations and the flourishing social life they led in Rockport are explored through interactive components. 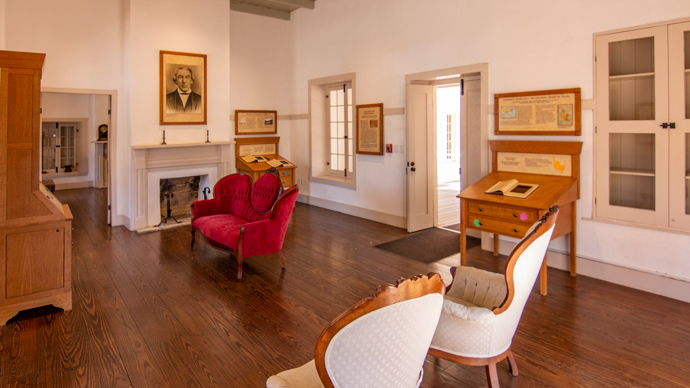 At Casa Navarro in San Antonio, the gallery-style and interactive installations highlight José Antonio Navarro's role in early Texas history and politics. Navarro's life is explored from his childhood education in Saltillo, Mexico, through his career as a merchant and lawyer. The exhibit highlights his dedication to the cause of Texas independence from Mexico, which led to his involvement in forming the Republic of Texas and its early statehood as a legislator and orator. Many of Navarro's own speeches and letters are brought to life in the exhibit through audio-visual presentations. Visitors also explore daily life in early San Antonio and a typical Tejano home of the time through the sights and sounds of a traditional kitchen. 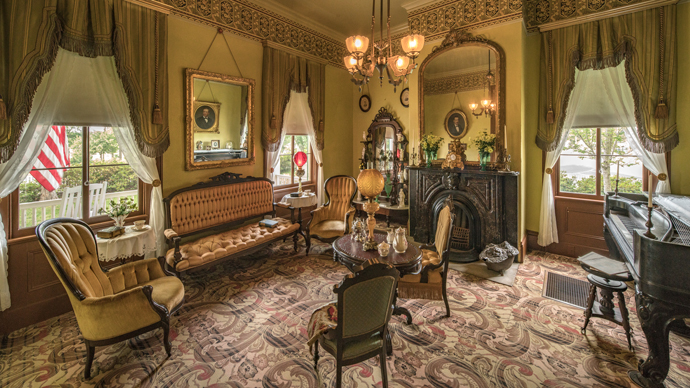 The Starr Family Home in Marshall is reinterpreted with improved authentic historic interiors that highlight the daily life of a prosperous Texas family in the late-19th century. As an important land agent during early statehood, Frank Starr built a business that led to financial success and the construction of Maplecroft as the home for his wife Clara and their growing family of six daughters. The well-documented period interiors of the newly restored home showcase original family furnishings that reflect the Starr period of affluence between 1875 and 1900. The role of a teacher hired for the Starr daughters and the work of the family's domestic servants are also explored. The new exhibits include a rotating gallery featuring themes about social and family life of the era. 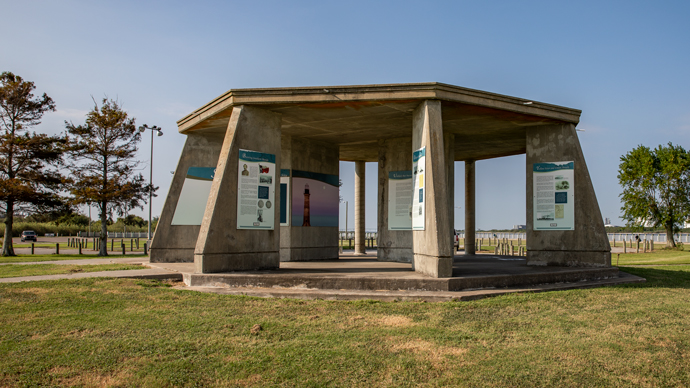 Sabine Pass Battleground's pavilion exhibit and exterior signage explain the site's military role in the Civil War and beyond, including a scale model of the 1863 Confederate fort. The military and industrial development of the area is explored from its role in blockade running during the Civil War to its strategic position in coastal defense during the 20th century. The fort model, troop movement diagrams, and custom artwork are designed to give visitors a full understanding of the decisive 1863 Confederate victory over a Federal naval attack. Located adjacent to a recently installed interpretive panel about the USS Clifton, the walking beam provides a view for visitors across the waters of Sabine Pass where the gunship sank 150 years ago. The walking beam, which had been displayed in Beaumont’s Keith Park since 1911, underwent a yearlong conservation and stabilization process at the Conservation Research Lab at Texas A&M University. The conservation arrested 150 years of rust and environmental damage before the beam was installed at Sabine Pass.