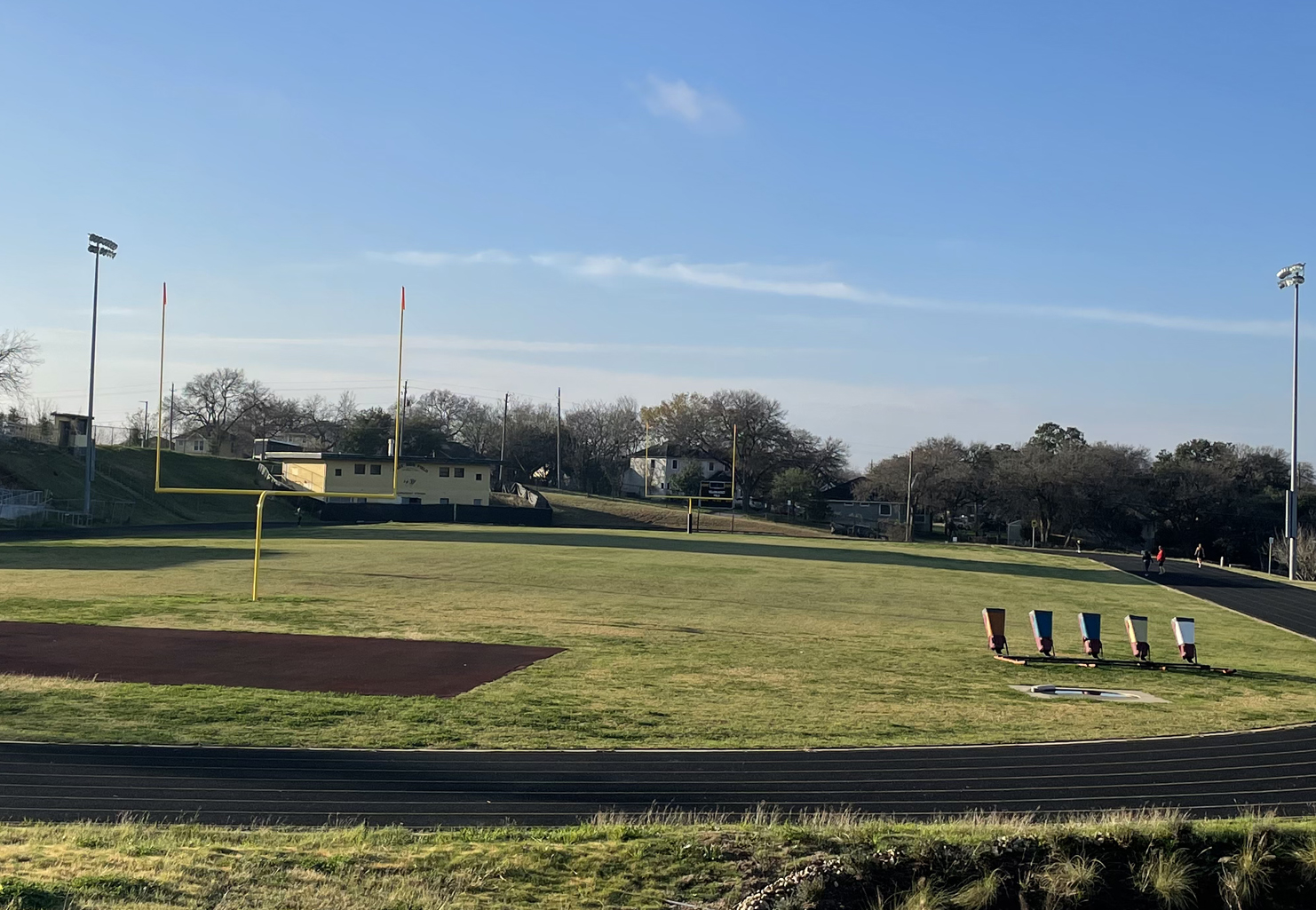 Opened in 1953, Anderson Stadium stands as the last of only a few exclusively African American high school football stadiums ever constructed in Texas. Unlike any extant property in Texas, Anderson Stadium reflects the history of African American high school football, track and field, marching band in a segregated school system, and continues to serve as a place of community gatherings, and stands as a place of high esteem in Austin. In addition, Anderson Stadium tells the story of discrimination and systemic racism faced by the Black community in struggling to obtain “separate but equal” facilities. Anderson Stadium never received the funding lavished upon its whites-only counterpart, Austin’s House Park Stadium, and therefore was built with cheaper materials, such as wooden bleachers compared to the substantial concrete grandstands at House Park. This inequality of segregated school facilities was a direct factor in Anderson’s loss of integrity after integration of schools diminished the utility of the school and its stadium, whose wooden structures could be easily removed. Instead of investing in Anderson Stadium after integration, the school district opted to build a larger and costlier second stadium for district-wide use (Nelson Field, c.1963), an indication that the ISD recognized the inherent inequality of the Anderson facilities. The district discontinued use of Anderson Stadium in 1971 as part of its ongoing school integration plan, and afterward no longer maintained it. While some of the stadium’s built components (most notably its playing field and track) have been rebuilt, the overall historic look and feeling of the facility are intact within its unmistakable bowl-like setting, which allowed for large numbers of attendees far beyond the capacity of its bleachers. Despite the removal of the original bleachers, the stadium continues to convey its prestige within the African American community, for which quality of construction was secondary to the stadium’s role as a venue for student achievement. Anderson Stadium was listed as a significant cultural landscape at the state level, meeting the Criterion A in the areas Ethnic Heritage: Black and Entertainment/Recreation as an African American high school football, track and field, and marching band stadium, and as a key community property in Austin and the State of Texas. The period of significance is 1953-1971, the years of the stadium’s active use