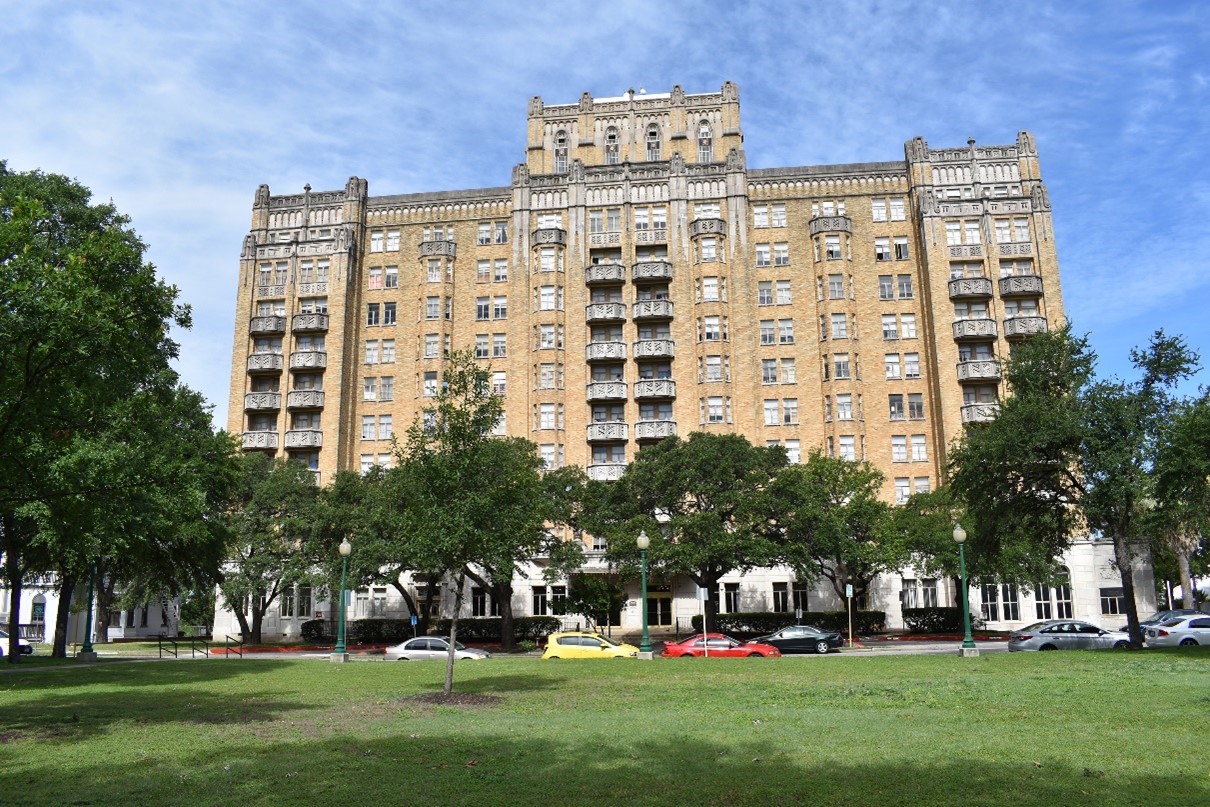 The Aurora Apartment Hotel in San Antonio was constructed as a premier South Texas apartment hotel. Commissioned by the Emmy Dittmar Improvement Company, a company run by the notable German-Texan landholding Albert Dittmar family, no expense was spared to build the Aurora which featured the latest amenities. At the time of its completion, the Aurora was South Texas’ most lavish residential high-rise. The final construction cost neared $2,000,000, a substantial amount in 1930 that far exceeded the cost to build the Bushnell, the Aurora’s earlier competitor in San Antonio. The Aurora presented San Antonio’s upper- and middle-class residents with an alternative to the quintessential American single-family home by combining apartment living with typical hotel amenities. This model also appealed to seasonal tourists, especially those who came from the East and were already accustomed to the flexible and comfortable lifestyle it afforded. The Aurora catered to the work and play habits of the well-to-do, as was evident in its suburban location adjacent to Crockett Park and historic proximity to public transportation and recreation, multi-story height, luxurious lobby, fireplace lounge and sunroom, residential units and guest rooms that offered highly desirable amenities including private balconies, and a rooftop terrace and penthouse where the Aurora Roof Club social events were held. The Aurora Apartment Hotel was listed in the National Register of Historic Places under Criterion C in the area of Architecture at the local level of significance as a rare and excellent example of an apartment hotel property type in San Antonio. The Aurora is also significant for the high quality of its design as a luxury residential high-rise featuring Eclectic ornamentation. Designed by architect Richard Vander Straten and associate architects Herff and Jones and built between 1928 and 1930, the apartment hotel and was the architect’s largest and most notable work. 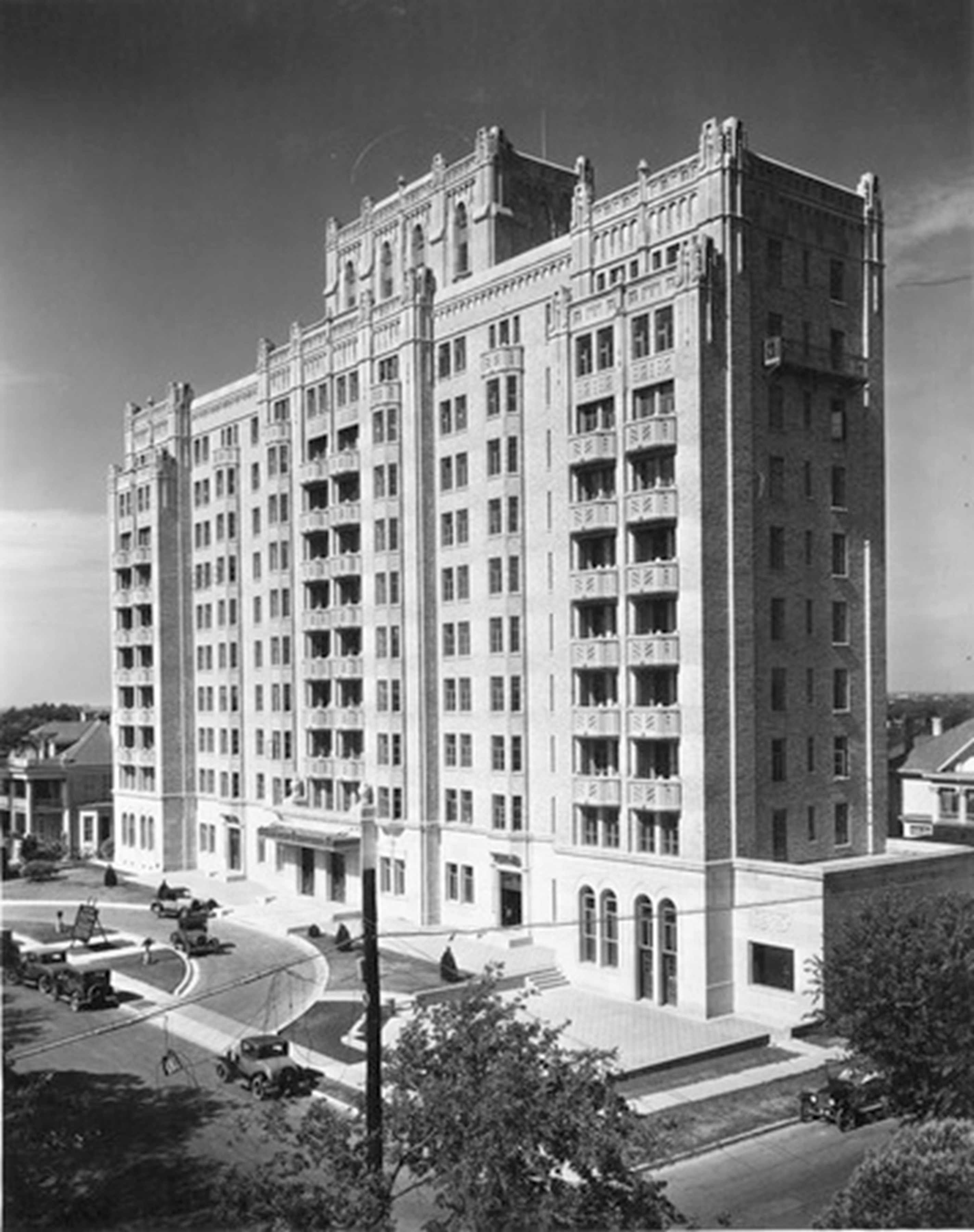 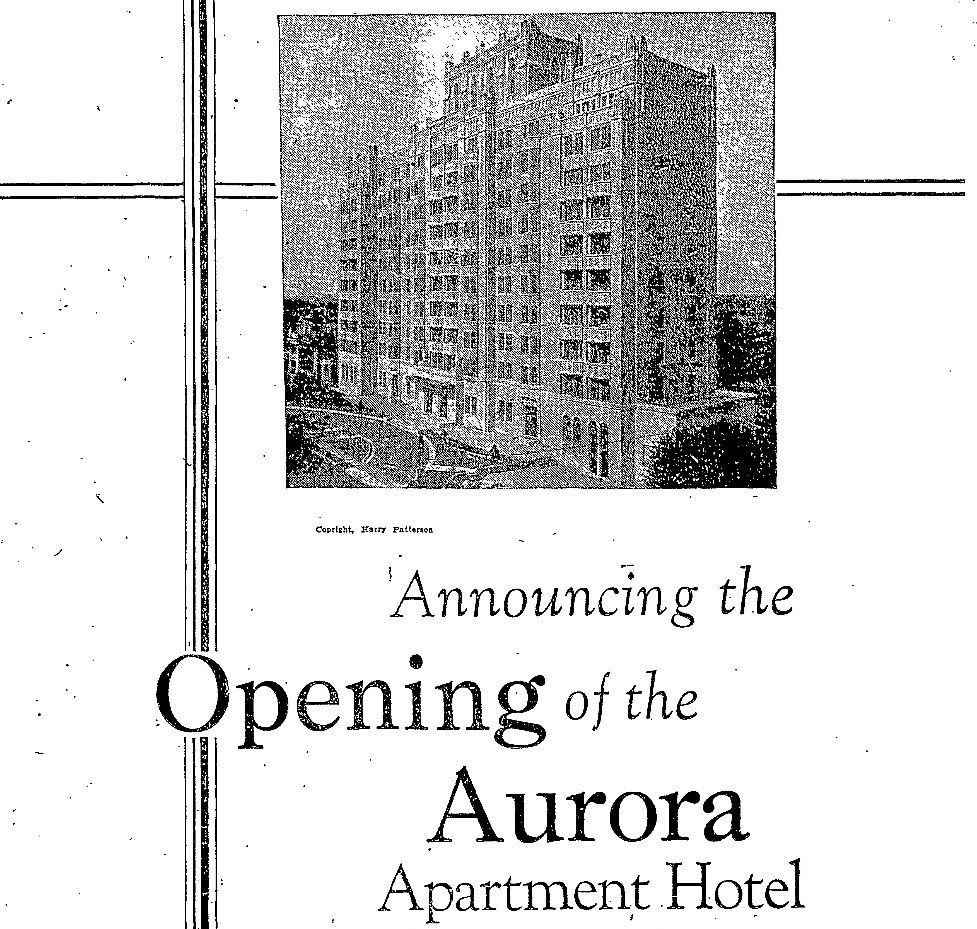