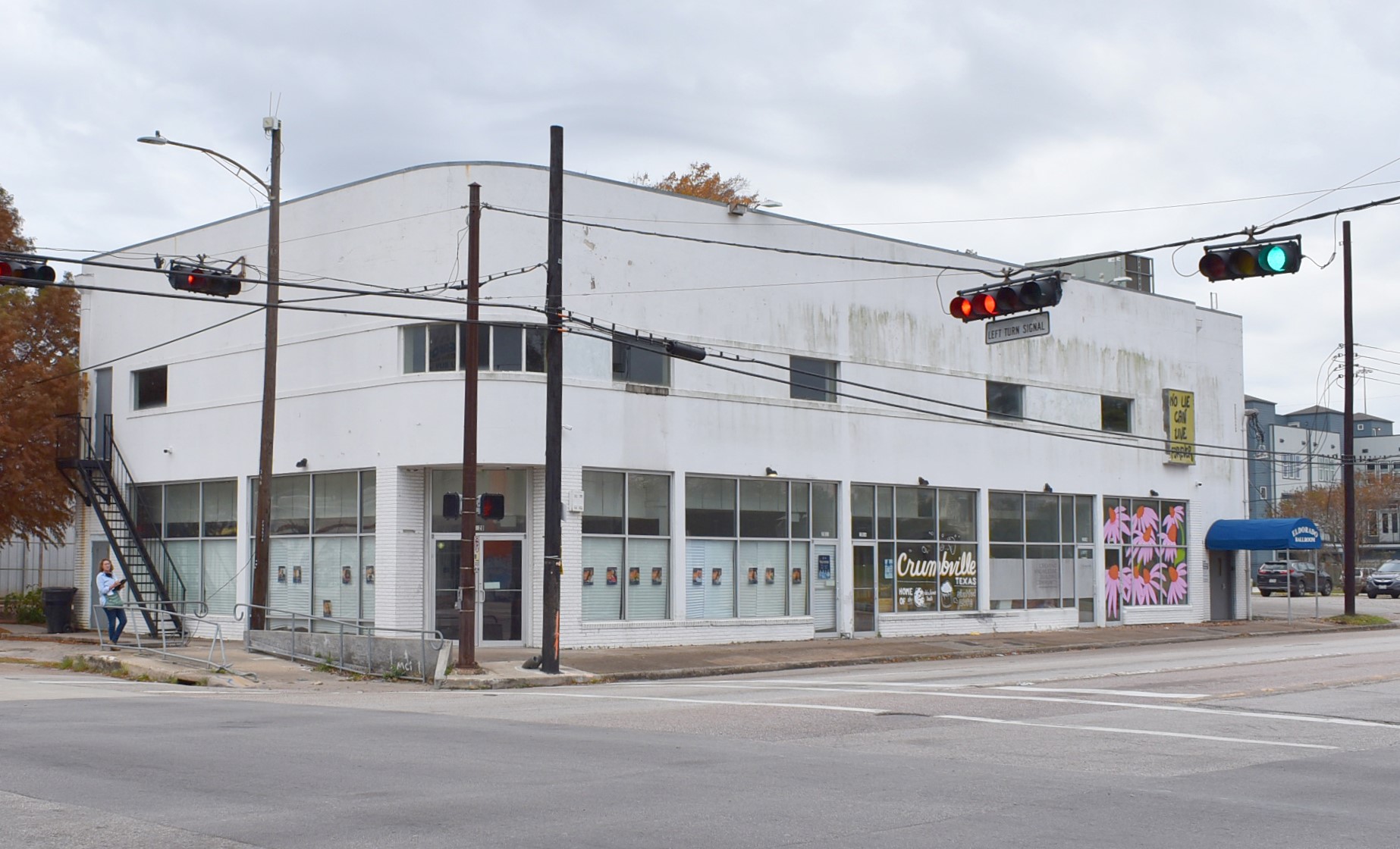 In 1939 prominent African-American entrepreneurs Anna and C. A. Dupree built the Eldorado Ballroom in the commercial hub of Houston’s Third Ward to offer Black Houstonians a “class” social and entertainment venue. For more than three decades, the community’s most prominent professionals and business people supported the ballroom, which provided a vital training ground for local musicians who often gained national recognition, such as Illinois Jacquet and Arnett Cobb. In addition to the second-floor ballroom, the building provided five ground-floor retail units that were leased to a variety of Black-owned businesses catering to the local community. In the late 1950s and early 1960s, the Eldorado joined the so-called “Chitlin’ Circuit,” and hosted major Black musical acts such as Chuck Berry, Ray Charles, and James Brown. By the late 1960s, the Eldorado declined due to a combination of factors, including desegregation, changing musical tastes, and parking challenges in the neighborhood. The venue briefly shuttered in 1968, reopened the following year, and then closed permanently in the early 1970s. In addition to being the premier venue for Black Houstonians, the Eldorado Ballroom is also the only venue of its kind in Houston to survive into the present day, making it a particularly significant remnant from this period in African-American history. The Eldorado Ballroom was listed under Criterion A in the areas of Ethnic Heritage: Black and Recreation and Culture at the state level of significance as Houston’s leading entertainment venue for African Americans during the segregation era and as Texas’ best example of a mid-20th century urban ballroom that reflects African-American achievement in business and live entertainment.