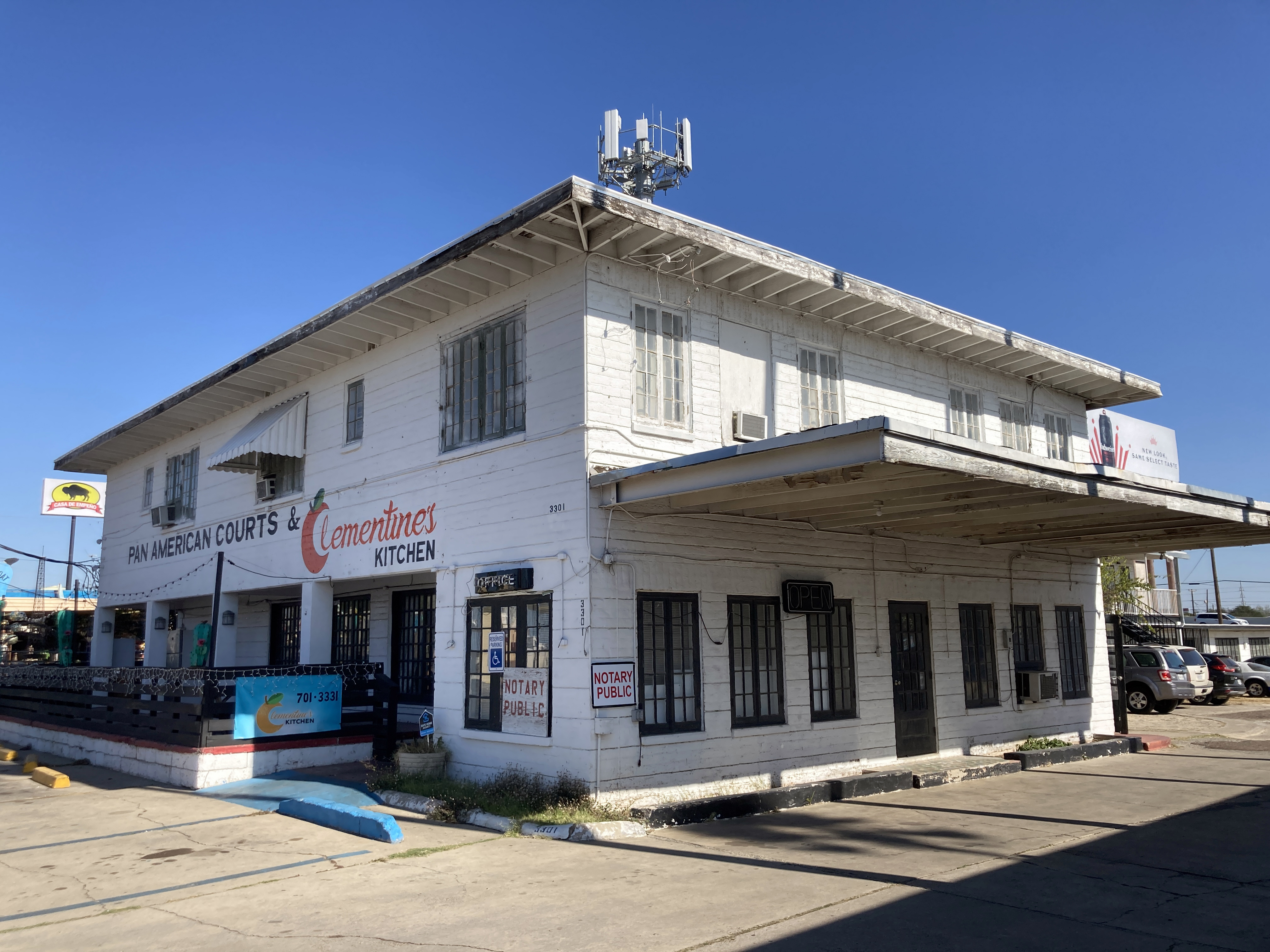 Pan-American Courts and Cafe was listed in the National Register of Historic Places for its association with the development of both the Meridian and Pan-American Highways and its relationship to the growth of the tourism economy of South Texas during the second half of the twentieth century. Motor courts came into vogue in Laredo in the early 1930s as the latest development in tourist accommodations for travelers en route to and from Mexico. The property is a rare and exceptionally intact example of a 1940s motor court property type with a full-service restaurant in a border city. It was designed by Pablo Saenz, the first Hispanic architect registered in Texas and the first Hispanic member of the Texas Society of Architects. The Moderne architecture is distinctive for its concrete block and reinforced concrete, flat roof, cantilevered canopy, streamlined horizontal emphasis, and imported Mexican cement tile on the interior. In 1962, Saul Rocha, Jr., and his wife Antonia acquired the property, and it has been a family-owned business ever since. The period of significance begins in 1946, with the construction of the main motel building, and ends in 1972, the year that the Lincoln-Juarez Bridge opened to international traffic, which made IH-35 the city’s main thoroughfare for travel and prompted the decline of San Bernardo Avenue as the prime motel corridor. 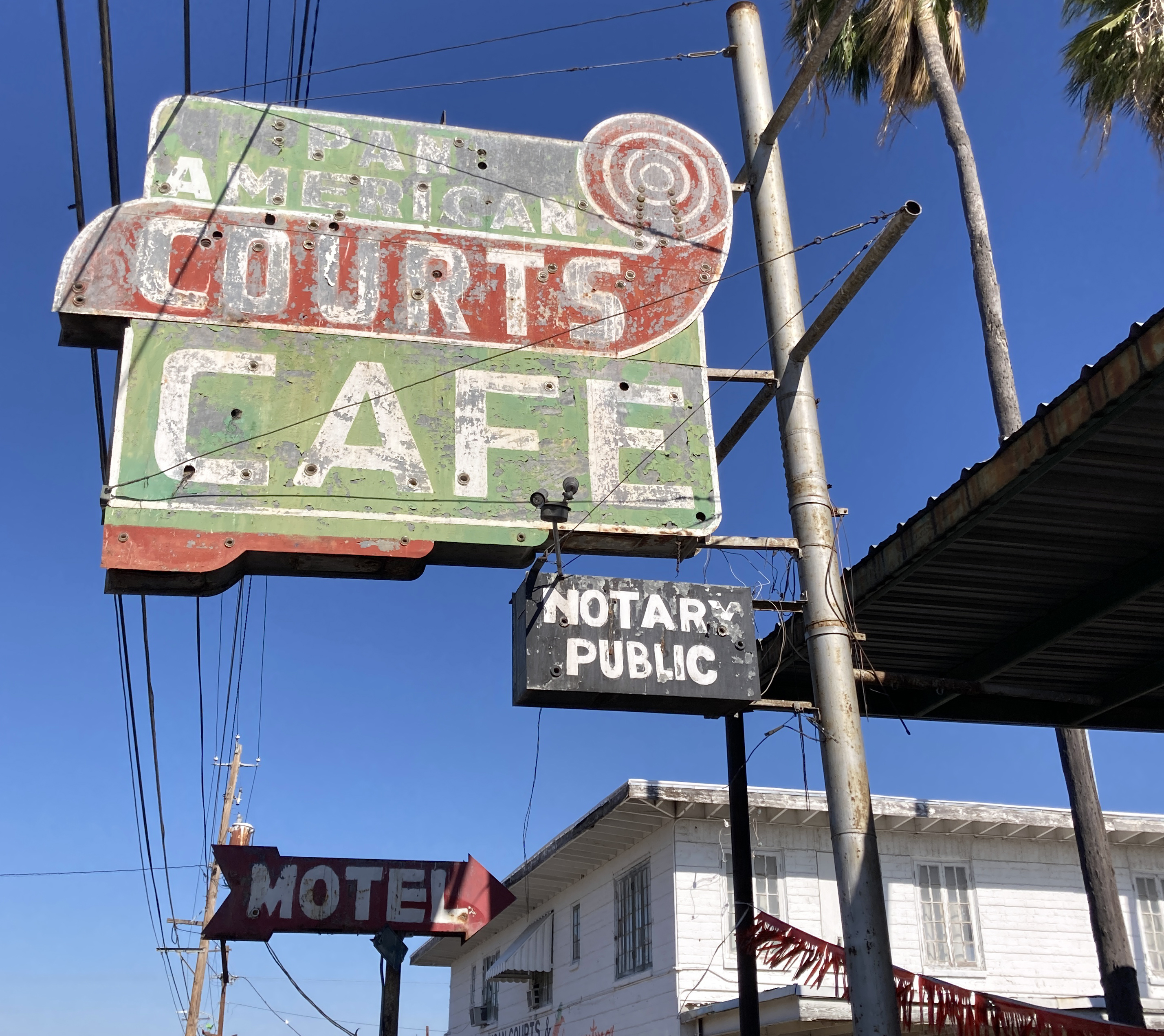