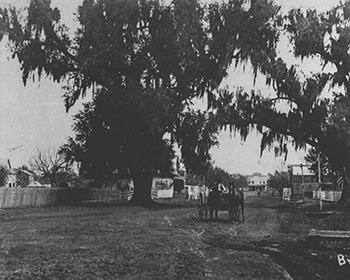 Since Texas’ colonization, people of African descent have been contributing to the state and its history. With their arrival in Texas as early as 1528, African Americans—whether enslaved or free—were instrumental in settling Spanish Texas.

When Texas was part of New Spain, enslaved African Americans made up only a small portion of the population. Initially, slavery was not allowed in Texas under Mexican rule. Later, Stephen F. Austin gained an exception to the law from the Mexican government to entice more Americans from the United States to settle in Texas; thus, slavery gained a foothold by 1824.

At plantation sites in Texas and across the South, stories have traditionally focused on the property owners and the wealth and power they accumulated. It wasn’t until recent years that places like the Texas Historical Commission’s (THC) Levi Jordan Plantation and Varner-Hogg Plantation state historic sites shifted a portion of the narrative to the enslaved workers who built and maintained these properties. For many African Americans who were enslaved at the Levi Jordan and Varner-Hogg plantations, the only record of their existence lies in what they created.

In Brazoria County alone, there were 63 plantations. A coastal region with rich soils, long growing seasons, and access to markets by transportation systems, Brazoria County was a premier agriculture producer and once home to the capital of Texas. But what many people don’t know is that much of the county’s and southeast Texas’ prosperity was built by enslaved men and women.

An exhibit at the Bob Bullock Texas State History Museum reveals the Texas Constitution of 1836 gave more protection to slaveholders while further controlling enslaved people’s lives through new slave codes. Around this time, the Congress of the Republic of Texas passed increasingly restrictive laws governing the lives of free African Americans, including a decree banishing all free Black people from Texas. 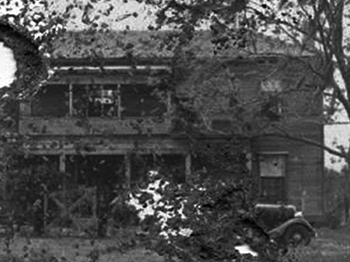 Levi Jordan arrived in Texas in 1848. He brought his wife Sarah, his daughter Emily, her husband James C. McNeill, four grandchildren, and 12 enslaved workers. Over the next few years, the enslaved were responsible for building the plantation house, slave quarters, and a sugar mill considered the largest in the county.

The Jordan family prospered up to and during the Civil War. In 1852, Texas saw its antebellum peak of sugar production reach more than 11,000 hogsheads (large wooden cask barrels, each weighing a thousand pounds). Brazoria County produced 75 percent of this total.

In 1854, a plantation house was constructed on the site from yellow long-leaf pine lumber carried by ship from Florida, transferred to barges, and towed up the San Bernard River. Enslaved laborers hand-hewed the sills and studs of the house from local oaks and made bricks for the fireplaces. They worked on the Levi Jordan plantation until emancipation in 1865. Then they worked as sharecroppers on the land until being forced to move in 1892.

Levi Jordan Plantation State Historic Site—consisting of 92 of the plantation’s original 2,200 acres—is now home to one of the best-preserved archeological properties associated with African Americans in Texas. The Levi Jordan Archeological Lab and Learning Center is under construction for the development of a public archeological program.

The THC is also creating plans and designs for a new visitors center and museum at Levi Jordan. An advisory committee of experts on African American history will help shape the project’s educational content and provide a cultural perspective. Upon opening, site staff will educate the public about the enslaved and emancipated African Americans who helped build Brazoria County’s economy and Texas’ prosperity. 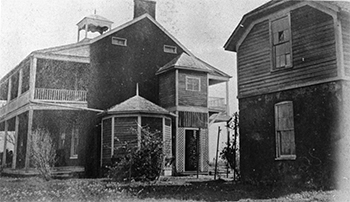 VARNER-HOGG HISTORY
Martin Varner initially purchased the property now known as Varner-Hogg Plantation State Historic Site as part of Stephen F. Austin’s Old Three Hundred, and his family and the people he enslaved lived at the property. The land soon changed hands—in 1834, Varner sold it to the Patton family from Kentucky, who traveled to Texas with 12 enslaved Africans.

The enslaved workers turned the land into a booming agricultural complex. They built the plantation home, the two-story sugar mill, the 18 slave quarters (12-by-12 feet each), the blacksmith shop, and a cotton gin. At the height of production, they produced 245 hogshead barrels of sugar using enslaved labor.

Columbus Patton was in a relationship with one of his enslaved women, Rachel, who shared his name and many other amenities that even whites did not enjoy at the time, including fine clothing. After Patton’s mother died and his sisters left the plantation, Rachel assumed the role of mistress of the house. She exercised her authority over the slaves, and had charge of the house and premises.

Rachel reportedly sat with Patton and conversed with him as an equal. Sarah Ford, a formerly enslaved worker at the plantation, noted the slaves had to call her “Miss Rachel.” Even after his death, Patton left Rachel a stipend in his will of $100 annually and granted she could live anywhere she liked; however, he did not grant her freedom.

After Patton died in 1857, the plantation was left to his niece. Between 1869 and 1901, the site changed ownership several times.

At one point, owners used convict labor, which some historians deem a form of slavery under a different name. African Americans, who were now legally free, were being incarcerated in disproportionate numbers and put to work on the same plantations where they were formerly enslaved. In 1875, however, state investigators found “particular cruelty” toward convicts at Patton Place, including handing out 604 lashes to one convict, so the program ended and the plantation turned to a sharecropping system.

The land was purchased in 1901 by former Governor James Hogg, who turned the plantation into a family vacation property. Hogg’s only daughter, Ima, donated the property to the state in 1958.