Since 2007, the THC has researched Palmito Ranch Battlefield NHL and engaged in national and regional partnership development focused on increasing interpretation at this historic site. Palmito Ranch Battlefield NHL, near Brownsville in southeastern Cameron County, lies in the Texas Tropical Trail Region, which showcases the heritage, natural beauty, and rich culture of South Texas for the benefit and enjoyment of Texans and travelers.

Since 2008, the THC, in conjunction with the Palo Alto Battlefield National Historical Park, the U.S. Fish and Wildlife Service’s South Texas Refuge Complex, and with support from the Brownsville Historical Association, and the Cameron County Historical Commission, have worked together to increase visitorship to the battlefield.

In an effort to continue the enhanced interpretation and preservation of the "Last Land Battle" of the American Civil War, the THC hosts Park Day at Palmito Ranch Battlefield National Historic Landmark. Park Day is an annual event sponsored by the American Battlefield Trust, which enlists the aid of volunteers to clean and repair the grounds of America's battlefields each April. At participating sites, volunteers receive a free water bottle (while supplies last) and have the opportunity to hear historians interpret the battle.

Park Day 2022 is scheduled for Saturday, April 9 and will be coducted using COVID safe protocols outlined by the American Battlefield Trust

For more information about this annual event contact the THC's Military Sites Program Coordinator at militaryhistory@thc.texas.gov. 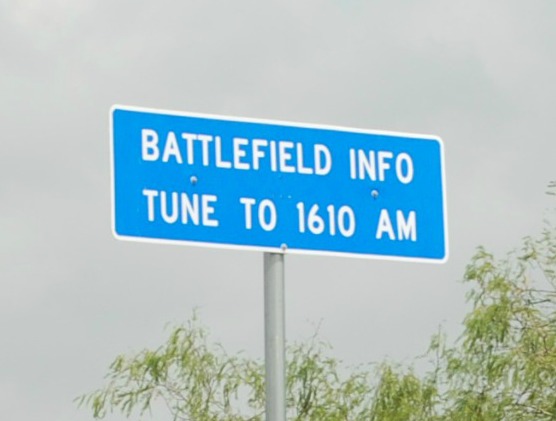 Standing on historic ground and hearing the stories of those who came before us puts people in a perfect frame of mind to consider their cultural heritage and the importance of preserving it for future generations. To that end, the THC and its supporters established a Radio Broadcast Repeater System in 2011 that makes available locally on 1610 AM, the history of the battlefield to tourists driving the length of the national historic landmark on State Hwy 4 (Boca Chica Rd). 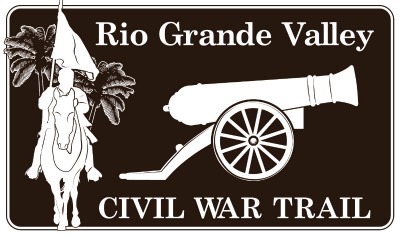 While in South Texas, in addition to exploring Palmito Ranch Battlefield National Historic Landmark, consider visiting more sites that tell the story of Texas in the Civil War. The CHAPS Program at the University of Texas-Pan American has initiated a community engagement project to launch the first Civil War Trail in the state of Texas. Master scholars and published authors have been brought in to consult with Texas Historical Commission experts as well as regional university professors, National Park Service personnel, historians/historical commission leaders, museum curators, ecotourism developers, preservation architects and elected city officials. Located on the south Texas border region known as the Rio Grande Valley, this trail traverses a five-county region along the Rio Grande between Brownsville and Laredo with a few sites inland where applicable. Learn more here.

Through another successful project with the U.S. Fish and Wildlife Service (USFWS), the THC is happy to announce that the South Texas Refuge Complex has fully funded and constructed a new Interpretive Platform in the core-battlefield area. The site provides heritage tourists with a 360-degree view of the battlefield, and has several low-profile wayside signs. Pictured below, Refuge Manager Bryan Winton provides Park Day 2014 attendees with a tour of the USFWS’s new interpretive platform.

Whether you are a Civil War history enthusiast or a curious heritage tourist to all the intriguing sites the Texas Tropical Trail Region has to offer you, be sure not to miss the last land battle of the Civil War. Also, consider downloading the THC's Palmito Ranch Battlefield National Historic Landmark (pdf) brochure to learn more about the battlefield.

Read more about the Palmito Ranch Battlefield National Historic Landmark in the Handbook of Texas Online.