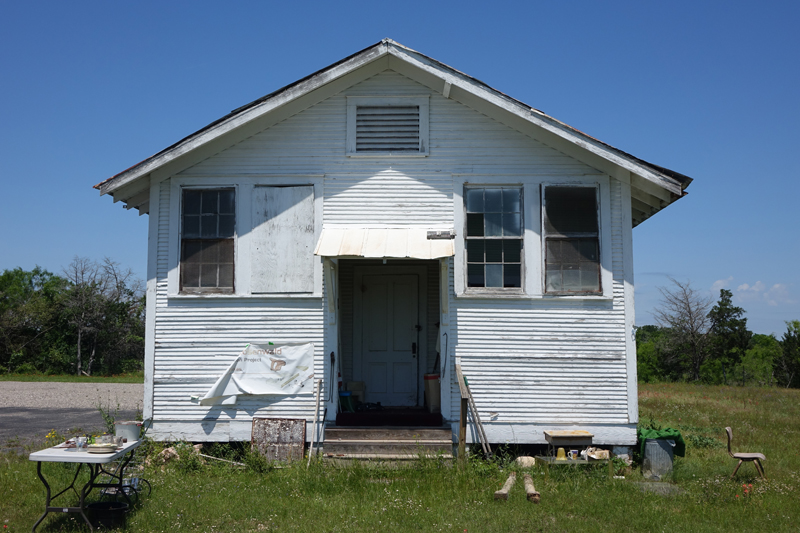 In 1917, Julius Rosenwald, president of Sears, Roebuck and Co. of Chicago, established the Julius Rosenwald Fund to support the construction of schools for African-American children in the southern United States. Between 1920 and 1932, the program donated more than $28 million in fifteen states, and resulted in 527 funded buildings on approximately 466 school campuses in Texas.

Rosenwald Schools represent an important chapter in Texas history, reflecting the initiative of African-American communities which sought educational opportunities for their children during the Jim Crow Era, when all public schools in Texas were segregated by law. With financial assistance from the Rosenwald Fund, these communities built modern school facilities, many of which continued to operate as schools into the 1960s. Most Rosenwald buildings were built of wood following standardized plans, and many were demolished after they ceased serving as schools, while a few were converted to churches or community centers. Some communities built teacherages (teacher’s homes) and related buildings with Rosenwald assistance.

The Rosenwald Fund supported the construction of schools, teachers' homes, and shop buildings in small cities and unincorporated rural communities in 82 Texas counties (see county list and full inventory). According to the Rosenwald Fund's archival records housed at Fisk University, the program contributed to the construction of approximately 466 school buildings, 37 homes (also known as "teacherages"), and 33 shops in Texas.

The THC's Rosenwald School database indicates that 21 buildings have been confirmed to be demolished, while 39 are extant. Approximately 85% of all Rosenwald-funded buildings in Texas have not been surveyed nor accounted for.

In 1998, the National Park Service approved the THC's “Historic and Architectural Resources Associated with the Rosenwald School Building Program” Multiple Property Form, which included a historic context for the program in Texas, with an inventory of funded sites. Several Rosenwald Schools buildings in Texas have been listed in the National Register of Historic Places (NRHP):

If you have information regarding the current status of any Rosenwald Schools in Texas, please contact the THC's National Register Coordinator Greg Smith.