Texas in the Cold War 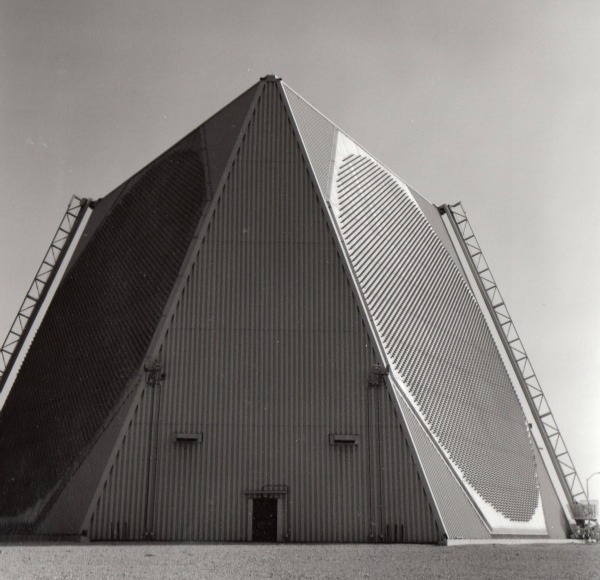 When World War II ended in September 1945, the United States and the Soviet Union—former allies in the defeat of Nazi Germany had already begun to see fractures in their once-mutual support of one another. Competing views of post-war Europe and other regions around the world quickly set the former allies down a decades-long period of mutual distrust. As a result, an unofficial but nonetheless all-too-real ‘state of war’ developed between the two emerging superpowers. This would become known as the Cold War.

The United States and the Soviet Union were actively engaged in an escalating and intense political, military, and economic confrontation between 1946 and 1991. Over the course of nearly five decades, Texas and Texans responded to their nation’s call to duty on both the military and home front, and served admirably.

Although the Cold War officially ended almost 25 years ago, to many, the real sense of fear and anxiety that Texans (their parents and grandparents) felt is hard to comprehend or relate to. Like the rest of the nation, Texans worried about family members serving overseas during the Korean War, the Vietnam War, and Operation Desert Storm. On the home front, in small and large Texas towns alike, many feared nuclear annihilation and grappled with the need to build a bomb shelter in the back yard during the Arms Race. These same people participated in both anti-war protests and patriotic demonstrations of support in response to the Cold War's impact on their lives.

These military sites trained young men and women in a post-World War II desegregated military for active duty in the U.S. Army, Air Force, Navy, and Coast Guard. The histories of these sites are documented at 'on base' museums, through the efforts of local county historical museums, public libraries, and at each respective branch’s national archive. However, the personal stories of the men and women who served in the Cold War—told in their own words—when recorded and preserved will enrich our understanding of this important period in our nation's history. 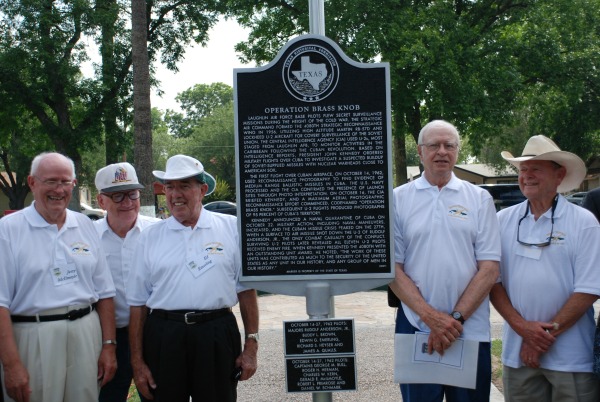 In October 1962, the 4080th SRW and elements of the C.I.A. flew Lockheed U-2 aircraft out of Laughlin Air Force Base on secret surveillance missions to document  the Soviet Union’s nuclear weapons build-up in Cuba during one of the Cold War’s most intense moments, the Cuban Missile Crisis. Afterward, when President John F. Kennedy presented the 4080th with an Outstanding Unit Award, he noted, “The work of this unit has contributed as much to the security of the United States as any unit in our history, and any group of men in our history.”

The state of Texas, by virtue of its distinguished and preeminent role in the Cold War from 1946 to 1991, is home to thousands of Cold War oral histories, both military and civilian, that remain unrecorded or preserved. To aid in the preservation of this history, the Texas Historical Commission's (THC) Military Sites Program recently conducted a two-year oral history series titled When the Lone Star State Met the Iron Curtain: Recollections of Texas in the Cold War.

The THC wishes to thank The Summerlee Foundation for its generous funding that helped make this exciting initiative possible. With this project, THC Military Sites Program staff conducted 10 free oral history training workshops, encouraging attendees to preserve and share locally the oral history interviews they record and preserve. In emphasizing the importance of conducting and archiving interviews locally, the THC strives to meet its own mission of preserving Texas history for the use, education, and economic benefit of current and future generations of Texas. 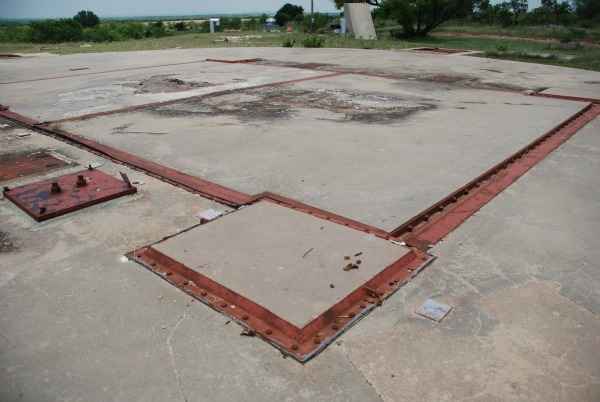 The Lawn Atlas Missile Base (LAMB) is a private Cold War historic preservation project. The Lawn site is one of 12 Intercontinental Ballistic Missile (ICBM) launch silos operated by the Strategic Air Command at Dyess Air Force Base from 1962 untill April 1965. Each silo was 185-feet deep and contained an 85-foot Atlas missile built by Convair Astronautics Division. From this location, the 3.5 Megaton nuclear warhead on the missile had the capability of reaching Soviet targets in approximately 30 minutes.

Nationwide, Dyess Air Force Base was one of six U.S. Air Force bases selected to host the Atlas F ICBM system. Twelve launch sites, with launch control centers and silos, were constructed in a pattern that encircled Abilene. This was a massive construction project that bolstered military defense during the most intense period of the Cold War. The silos could house and protect the Atlas F missile from all but a direct nuclear strike.

A “20th Century Fort,” the LAMB in Taylor County lies in the Forts Trail Region which showcases the heritage, natural beauty, and rich culture of a 29-county region of Central West Texas for the benefit and enjoyment of Texans and travelers. 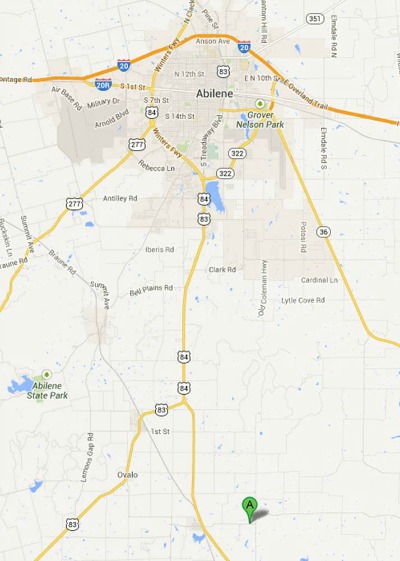 The goal of this initiative is the preservation of Cold War Texans' oral histories. Recording and preserving the oral histories of the early portion of the Cold War (e.g., the Berlin Blockade, the Korean War, the Cuban Missile Crisis, and the Vietnam War) will lead to a better understanding of the Cold War’s impact on Texas history. The most recent generation of this decades-long conflict, the veterans of the post Vietnam era through the first Gulf War (e.g., Operation Desert Storm), also have important stories to tell. 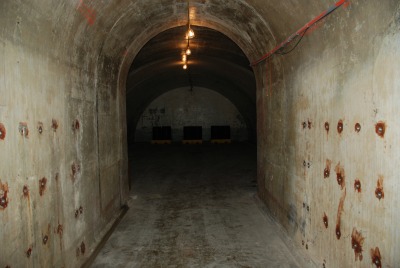 The project included workshops for historic preservationists interested in learning how to record and preserve their local Cold War oral histories for preservation in their communities’ county historical commission archives, public libraries, and county museums. In addition, the THC was able to record, transcribe, and preserve a small number of oral history interviews directly, from narrators whose experiences range from the late 1940s to the end of the Vietnam War. 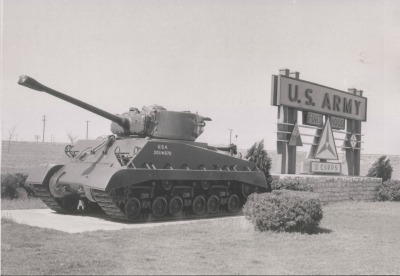 THC historians have conducted nine oral history interviews to date associated with this project. Below are abstracts of two interviews. Please contact the THC to schedule an appointment to review these interviews' recordings and transcripts.

The first interview in December 2013 was with veteran Pete Berkowitz (now chairman of the Texas Holocaust and Genocide Commission), who served at Fort Bliss from 1957–59 in the U.S. Army’s Office of Special Weapons Development. He also served as a NASA engineer on the Mercury, Gemini, and Apollo space programs during the 1960s. In March 2014, the second interview was recorded with Cold Warrior Bill Haenn veteran of the Berlin Brigade, serving in East Germany, and who led a U.S. Army detail that guarded the last Nazi World War II prisoner of war, Rudolf Hess (Prisoner #07) at the historic Spandau Prison.

Below are three excerpts from the Pete Berkowitz Interview, click on each to learn more.

Below are three excerpts from the Bill Haenn Interview, click on each to learn more.

If you are unable to attend a workshop, please see the THC's publications below for information on how to successfully conduct an oral history interview. 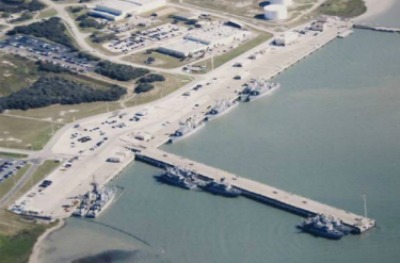 The following has photos from the Taylor County (Aug. 2013) and Grayson County (Jan. 2014) workshops.