The Sidebar Interest page showcases those undertold and unusual resources or knowledge that gets uncovered during surveys and research.

Traveling on our early roads was often over bumpy dusty rutted unpaved roads or slogging through mud mires. Between April 2 and June 4 of 1922, the San Antonio Light ran a weekly installment that described automobile travel from San Antonio to the Red River. This series described the adventures of the fictitious Traveler Family and the conditions they encountered along the way. To read some excerpts of this, please see The Traveler Family Goes up the King of Trails & Meridian Highways. 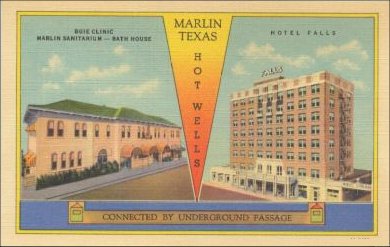 "Taking the waters" was a popular aspect of American culture prior to the introduction of penicillin and other modern medicines in the 1940s. People traveled to the mineral water sources and bathed in or drank the water in efforts to cure common ailments, such as arthritis, rheumatic diseases, skin diseases, circulatory diseases, and others. In conjunction with the rest of the United States, Texas offered visitors numerous locations, including multiple spots along the Bankhead and Meridian highways, to partake in the healing properties of the water. For more information, please read "Mineral Wells Along the Meridian Highway" document.

The Negro Motorist Green Book was first published in 1936 in order to give the African American traveler information "that will keep him from running into difficulties, embarrassments and to make his trips more enjoyable."  This type of travel guide listed roadside lodging and dining establishments, along with other amenities, on or near major highways in most metropolitan areas. For a Texas viewpoint, Gus Allen was an African American entrepreneur based in Galveston, and owned a cafe, hotel, barber shop, restaurant, and night club. 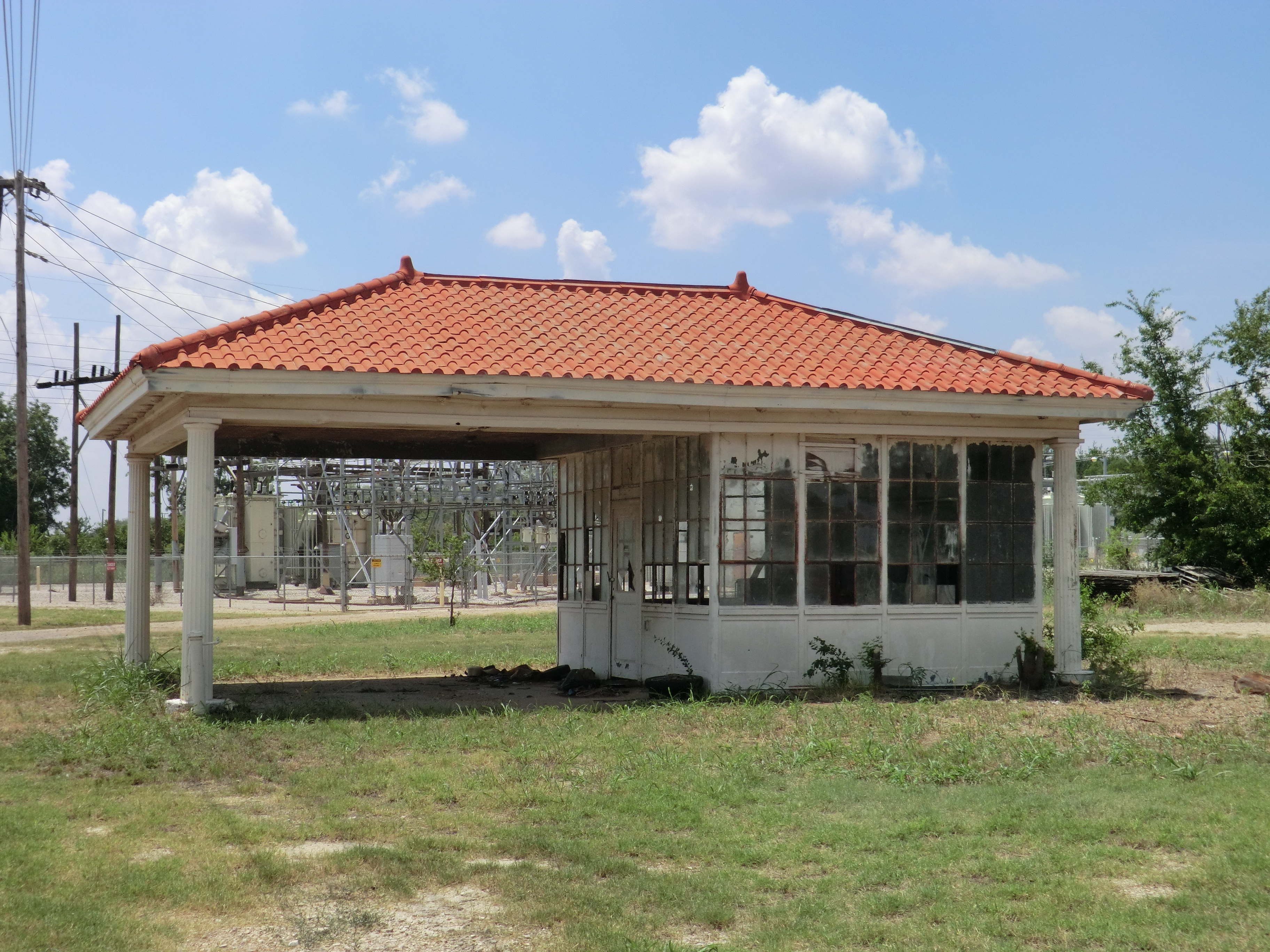 During survey work, THC staff came across an all-metal gas station. After doing some research, it was discovered that this was a prefabricated Union Metal Manufacturing Company building that had been available via catalog. Union Metal is better known for its street lighting. Union Metal produced a line of "artistic stations at reasonable cost" as a step up from the "plain, inartistic type."

As bicyclists began advocating for better-quality paved roads ca. 1880, a loosely structured movement coalesced around the cause of "Good Roads." One grassroots cyclists' organizatio 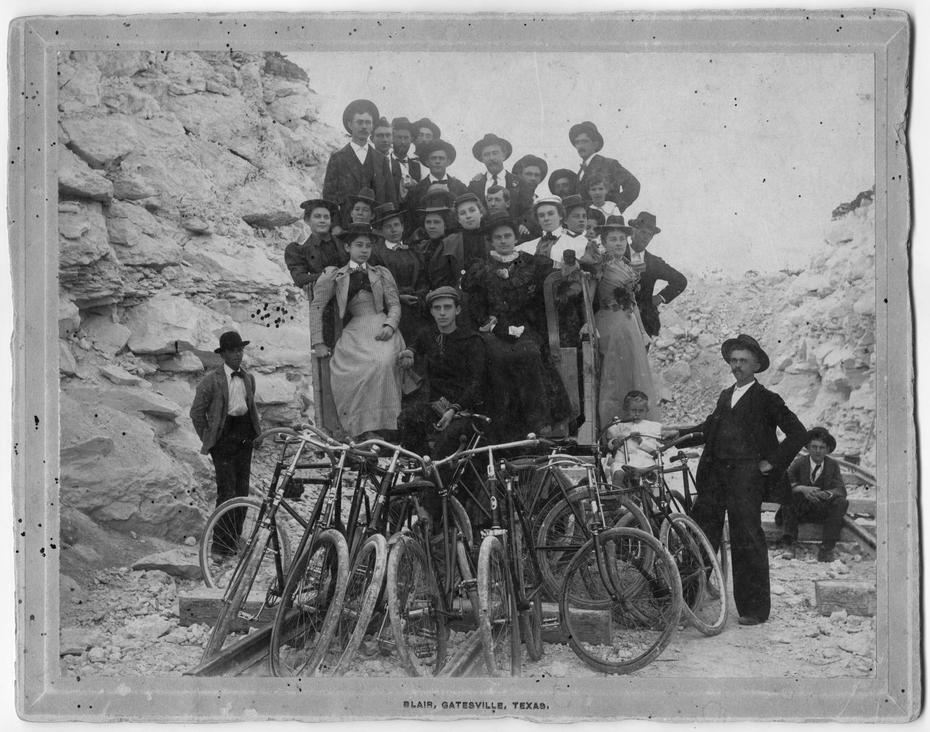 n, the National League of Good Roads, was founded in 1892. In the same year, the League of American Wheelmen began publishing a magazine called Good Roads, which continued to be published until ca. 1926. After the turn of the twentieth century, as automobile ownership increased, the movement began to shift its focus from cycling to driving. The American Automobile Association (AAA) was founded in 1902. The National Good Roads Association -- arguably the movement's most politically influential organization -- was organized ca. 1907. John Asa Rountree became secretary in 1911, and he appointed Senator John Hollis Bankhead as president in 1913. The Association was instrumental in delineating the Bankhead Highway and securing its funding. Around the same time, the Texas Chapter of Good Roads Association was organized officially. Prior to the establishment of the Texas Highway Department in 1917, the Texas Good Roads Association led the way in planning road construction in Texas and lobbying for county road bonds to finance construction.

Namesake of the Bankhead Highway 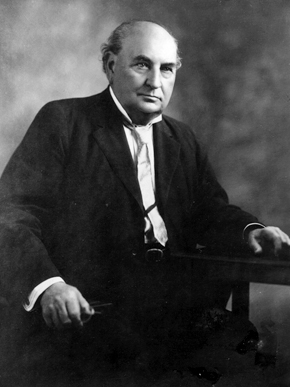 John Hollis Bankhead was born on a plantation in Alabama in 1842 and served in the Confederate Army during the Civil War, earning the rank of captain. He entered the Alabama state legislature in 1865, serving intermittently until 1881. After a stint as warden of the state penitentiary from 1881-1885, Bankhead served in the House of Representatives from 1886-1906. He then represented Alabama in the US Senate from 1907-1920. Bankhead was a vocal advocate for transportation, roadway construction, and waterway construction. In 1913, he became president of the Good Roads Association. His leadership was instrumental in the passage of the 1916 Federal Aid Road Act. Bankhead died in 1920. His survivors included son John H. Bankhead II, US Senator; son William B. Bankhead, Speaker of the House; and granddaughter Tallulah Bankhead, actress. (The Encyclopedia of Alabama, The Alabama Department of Archives and History)

Details of the legends of Clason's Touring Atlases from the 1920s show the pole markings for various names roads. In an era before the federal government imposed a standardized system of designating and marking roads, signage from highway associations provided a primary means of informing motorists of highway routes. These signs created visual clues to assure travelers that they were following the correct path. (US Highway Systems: Present, Past, and Present by Donald Dale Milne and 1925-26 Oklahoma Map from Clason's Touring Atlas) 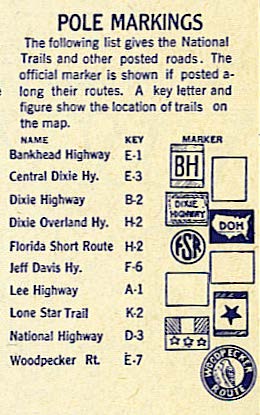 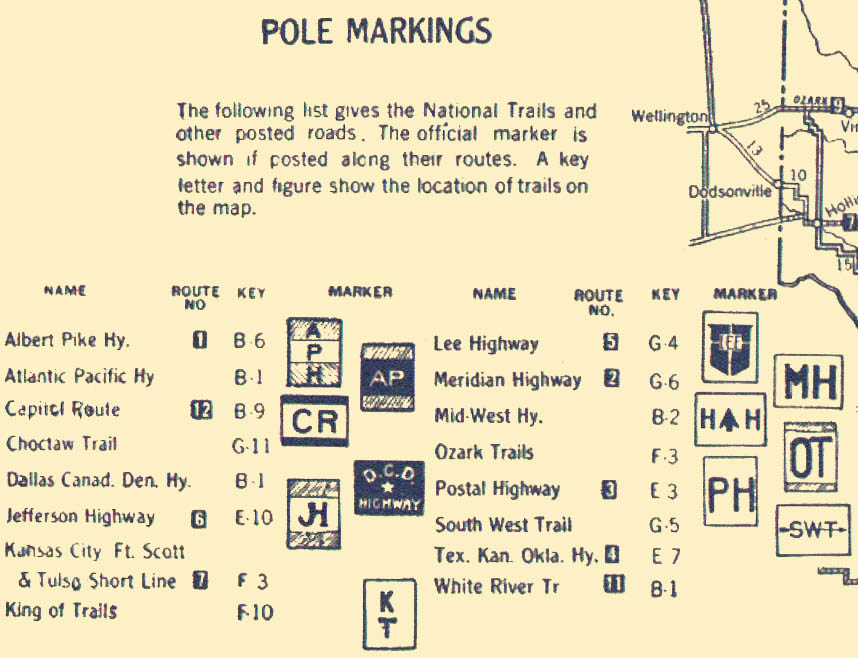 The Broadway of America 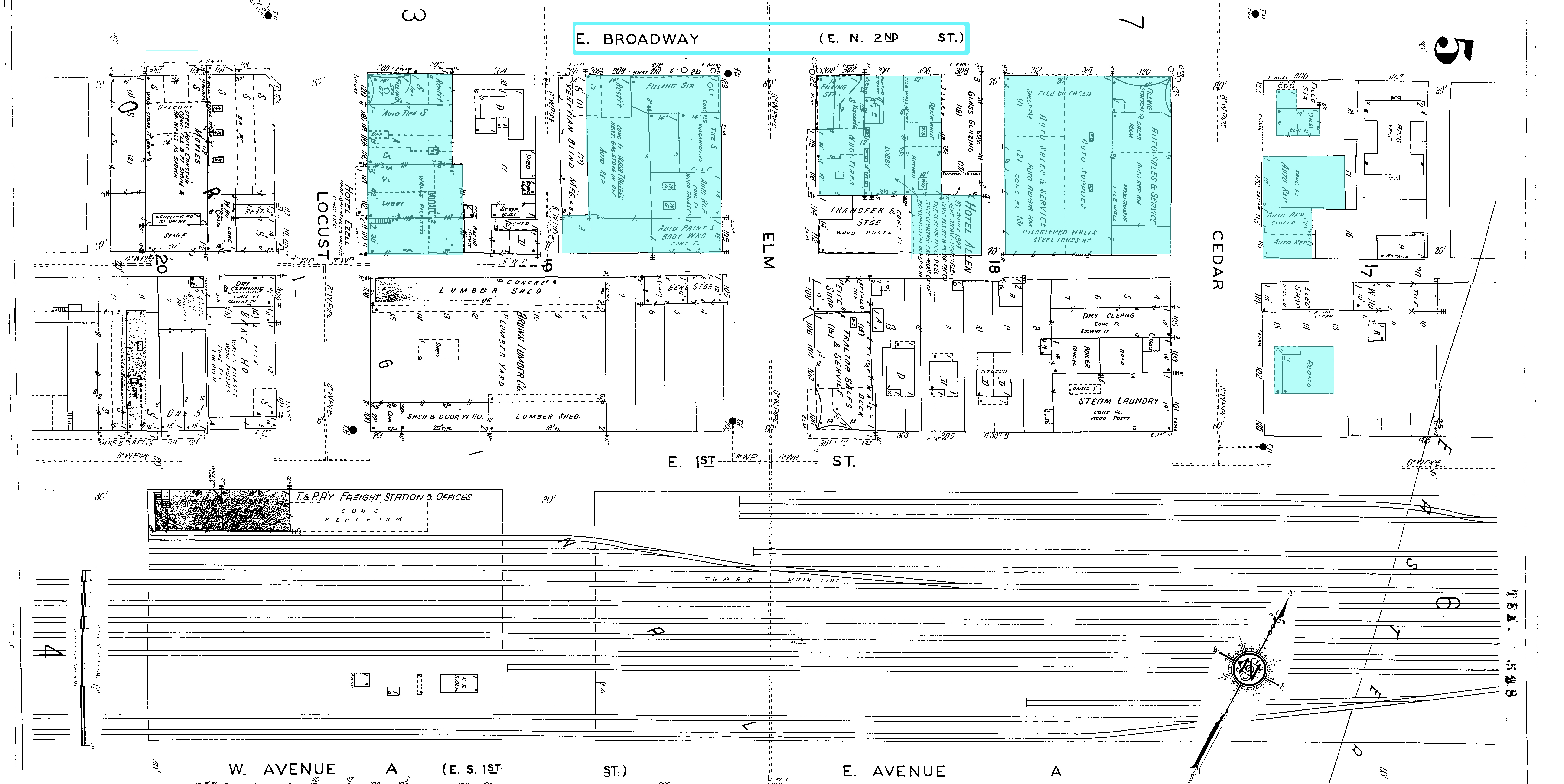 The 1947 Sanborn Fire Insurance Map of Sweetwater showing the name "Broadway" and road-related resources along the roadway (in light blue).

As vehicular transportation gained in popularity and roadways improved during the early 20th century, trips by automobile spurred development of entirely new business types that catered to an increasingly mobile public in need of temporary lodging, refreshments, and car necessities. This 12-minute video discusses overnight lodging, such as tourist camps and motels, and how they evolved over time.